Every week on The Financial Symphony, John Stillman answers your retirement planning questions on the request line to help you make sure that all of the instruments in your financial orchestra are playing in tune. You can listen to the full show below, or submit your own question for the show... 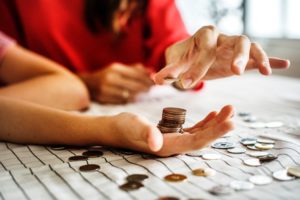 I just inherited a one-hundred-acre farm along with my three siblings. Two of us want to sell, and two of us want to keep it. Is it worth trying to buy out the other two sisters, or should we just argue until everybody gets on the same page, which is probably not going to happen anytime soon? ––Wendy in North Durham

So, first of all let’s understand that there’s not a right answer here. Wendy, I have a client in a very similar situation, so I’m going to walk you through the conversation I had with her. She inherited a little over 60 acres in Virginia along with her six siblings…so seven total kids will have inherited this farm, and it’s similar to your situation in that three want to keep it and four want to sell, or maybe vice versa.

My client is the one sibling who’s capable of buying the rest of them out, the rest wouldn’t be able to buy anyone out. The ones who want to sell, of course, want their money immediately.

So, let’s think about all the factors we have to address. First, the sentimental aspect of it. Wendy, you said you just inherited a farm. So I’m assuming somebody just died not too far in the past. And so right now you’re probably feeling more emotionally attached to that property than you will a year or two from now. That’s one thing to consider.

Now, in my client’s case, let’s think about what happens if my client buys out a few of the siblings. Now she co-owns a farm in another state with three or four siblings. As you can see, this now presents a few problems of it’s own—how the farm will be used, what if another sibling decides in a year that they now want to sell too, etc. Maybe one sibling wants to clear the land, sell the timber, get $75,000 dollars, replant, and do it again in a decade. And another sibling really loves trees and doesn’t want to do that. Making decisions by committee could be messy.

So then there’s the cleaner option of my client buying out all of her siblings. But what about the ones who don’t want to sell? If the farm stays in a family, maybe that’s all they care about. Or maybe they actually want to retain their share. So there’s a lot of discussion that needs to happen there.

Then we have to talk about the financial aspect of owning the farm in the first place. Is this a farm going to be leased and somebody will be farming it and paying you? Will you be making enough money off this farm that you can justify owning it? Or is this just going to drain your cash for the next decade while you pay property taxes and maybe keep up a house on that property? Is this land that you’re going to retire to one day? That adds a different dynamic to the discussion.

So it’s a really complicated question. Lots of family dynamics and financial questions that need to be answered, and it’s important to understand that there’s probably not a solution that everybody involved is going to be completely happy with. 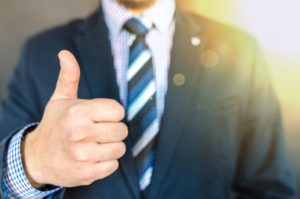 I’m interviewing and comparing a couple of different financial advisors. What metrics are most important to compare them on? ––Roy in Carrboro

Probably none of the ones that you’re actually using to compare them. When you say the word “metrics,” it makes me think that you’ve probably made a spreadsheet, and you’re trying to compare fees of this guy versus the fees of this guy, or you know how expensive the investments are on one side compared to the other. Those things are important to understand, but only to the extent that there’s a huge disparity one way or the other. So, if you have an advisor who charges a 1% management fee, and you have an advisor who charges 2.5%…that’s a pretty substantial difference that the 2.5% guy needs to be able to justify. You’re never going to convince me that the guy charging 2.5% is putting together a portfolio that’s performing that much better than the other guy. That’s just not realistic. But, if the guy charging 2.5% not only manages your money, but also has an attorney on staff to handle your estate planning documents at no extra charge and a CPA to prepare your taxes, maybe that’s a different story.

If that’s the case, just comparing fees isn’t an apples to apples comparison.

Roy, the most important question to answer is who do you feel most comfortable with? Who is the clearest and most helpful in their communication? Who are you able to relate to? Who are you able to tell is listening to you? If you say something in one visit and then they ask you the same questions in the second visit that they asked you in the first visit, that’s probably a good sign you’re not really being listened to all that well. Find somebody who you know is paying attention to you, that you know is putting together a truly customized plan and not just selling an cookie cutter plan off the shelf. And I think you can use your own judgment in finding that person. To me, those factors are a lot more important than trying to compare fees or performance metrics or anything like that. None of those metrics really give you a true indication of what it’s like to work with that person. 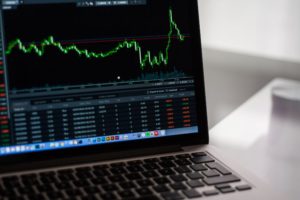 I keep talking myself in a circle. I’ve been out of the market for several years now and I’ve missed a lot of growth. I don’t want to jump back in now in case we have a crash soon, but I also don’t want to stay on the sidelines and miss out on more growth. What’s the right answer? ––  Marty in Pittsboro

Well Marty, you’ve hit the nail on the head when you say you’ve talked yourself in a circle. We just brought on a new client last week who’s in this very same situation. In fact, he’s basically been on the sidelines since 2009 and he’s just now saying “You know what? Maybe I should get back in the market.”

Well, we don’t want to have missed out on the last 10 years of growth and plunge headlong back into the market now, only to get back in at the very top and then ride it down. On the other hand, we don’t know that we’re at the top now…maybe we still have another couple of years of growth. So, we need a more logical way to do this, other than just trying to guess the right time to get in.

In my client’s case, we’re going to go back into the market methodically and systematically on a monthly basis. It will be just like the approach that most people do with their 401(k). Most people don’t overthink their contributions. But every single paycheck they have some amount withheld to be invested and it doesn’t matter whether the market is up or down.

So we’ll be creating a similar situation with this lump sum of money that my client has. Instead of trying to go “all in” with every dollar or stay on the sidelines with every dollar (because he’s not really comfortable with either of those options), we’re going to methodically move a certain amount into the market each month, regardless of whether the market is up or down. So instead of making regular investments in the market with his paycheck, we’ll just be making regular investments in the market with money that’s already in his IRA but currently sitting in a money market account.

So anytime you’re talking yourself in a circle, it’s usually because you’ve presented yourself with a binary option, when the reality is that there’s probably a middle ground between the two, or a completely different option that you hadn’t even considered.