Every week on “The Financial Symphony,” John Stillman answers your retirement planning questions on the request line to help you make sure that all of the instruments in your financial orchestra are playing in tune. Submit your financial question below, and you could have it answered by the maestro himself! 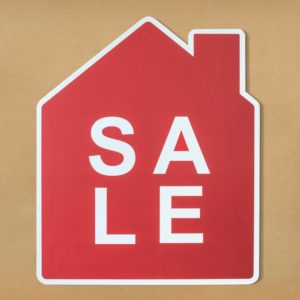 I’m interested in buying a rental property or two, but should I wait until my own mortgage is paid off before I do that?

That would be my personal preference, Scott. If I was doing this, I would want the place where I lay my head at night to be paid off before I go worrying about investing in rental property. Now, there are people who are really big believers in the idea of using rental property as an investment and letting somebody else pay the mortgage on it through their rent payments. Often the owner never has the intention of keeping it for an income stream, they just want to watch the property increase in value and then sell it later at a profit. If you’re willing to deal with the headache of working with renters and you don’t mind the risk of it being not rented for a few months, that’s not a terrible way to do it. But most of the folks I work with don’t want to deal with the headaches. As for the risk, many times their risk meter is broken. There is risk associated with rental property, you just don’t perceive it as readily as you do in the stock market where you can watch your daily balance ride up and down.

I don’t have a problem with you taking that risk as long as you’re conscious of it going into it. But to answer your question, Scott, if it was me…I’d rather have my own house paid off before I invest in rental property. But that’s personal preference—I’ve seen a lot of people be very successful not doing it that way. 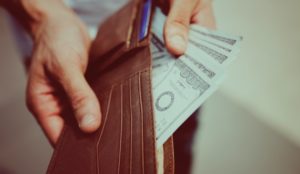 I want to save more for retirement than what I’m allowed to put in my 401(k). Where’s the best place to put that money?

Well, there’s also an order of operations when it comes to retirement savings. As with anything, there are individual cases where we need to tweak this a little bit and customize it to someone’s personal situation, but in general, this should be the order of operations for anybody:

1) Contribute enough to your 401k to make sure you’re getting every penny that your company will match. Don’t leave any free money on the table, but also don’t put more in the 401k than that amount.

2) If you’re under the income threshold that allows you to contribute to a Roth IRA, max out a Roth (for you and your spouse, if you’re married).

3) If you still have more money you want to save, the next step will depend on your current tax status. If you’re in a higher tax bracket and deferring taxes would be helpful for you, you can go back to the 401k and contribute there up to the maximum. If you’re in a lower tax bracket and you’d rather pay the taxes now instead of deferring them in your 401k, skip to step 4.

Again, these steps might need to be customized in certain situations, but that would be my order of operations for most people. 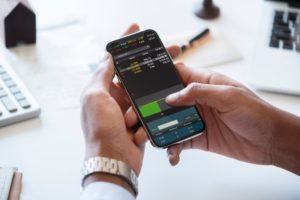 I have a financial adviser who’s done a good job for me over the years, but my brother always says I could be doing better. Should I listen to my brother or tell him to leave me alone?

Leslie, if you’re a younger sibling, this is not at all an uncommon dynamic. A big brother always wants to feel like he’s taking care of a little sister. And sometimes it works the same way if he’s a younger brother. But I actually see this a lot with brothers or parents or somebody who just feels like they should be “taking care” of somebody else. They often provide financial “advice” to these people that they want to protect, and they do it with absolutely the best intentions. The problem is that very often that advice is not the best advice.

In fact, I was talking to Jamie just this week who had inherited a sizeable sum of money from her dad’s sister. Jamie is in her late 40s, and her mom (who’s in her 70s) had advised her to put that money in a CD. Twenty-seven years ago, that would have been pretty good advice. And that’s still the way her mom’s brain works because 27 years ago was the last time she was faced with a similar decision.

Now, something in Jamie’s mind had said, “I don’t know if that’s the best choice or not,” and she called me to get a second opinion on CD advice. Mom wasn’t trying to lead Jamie astray by telling to put that money in a CD…it’s just that she just doesn’t know any better, and she thinks that’s the best advice. But for Jamie, it wasn’t he best advice.

Leslie, usually when you’re getting advice from brothers—and it sounds like you haven’t even sought out advice here, it’s just being given to you—it’s important to remember that this is probably somebody who has your best interest in mind and truly wants to help. But it’s also important to keep in mind that your brother also might not know as much about your situation as he thinks…or maybe he just doesn’t know as much about the investment world as he thinks.

So it’s important to strike a healthy balance between being grateful for advice and guidance while also still being independent and able to say, “Thanks bro, but I have this under control.” And, it’s OK to ask a lot of questions to understand why he’s saying what he’s saying.