Right as Rain: Learning to Swim, and Anything Else 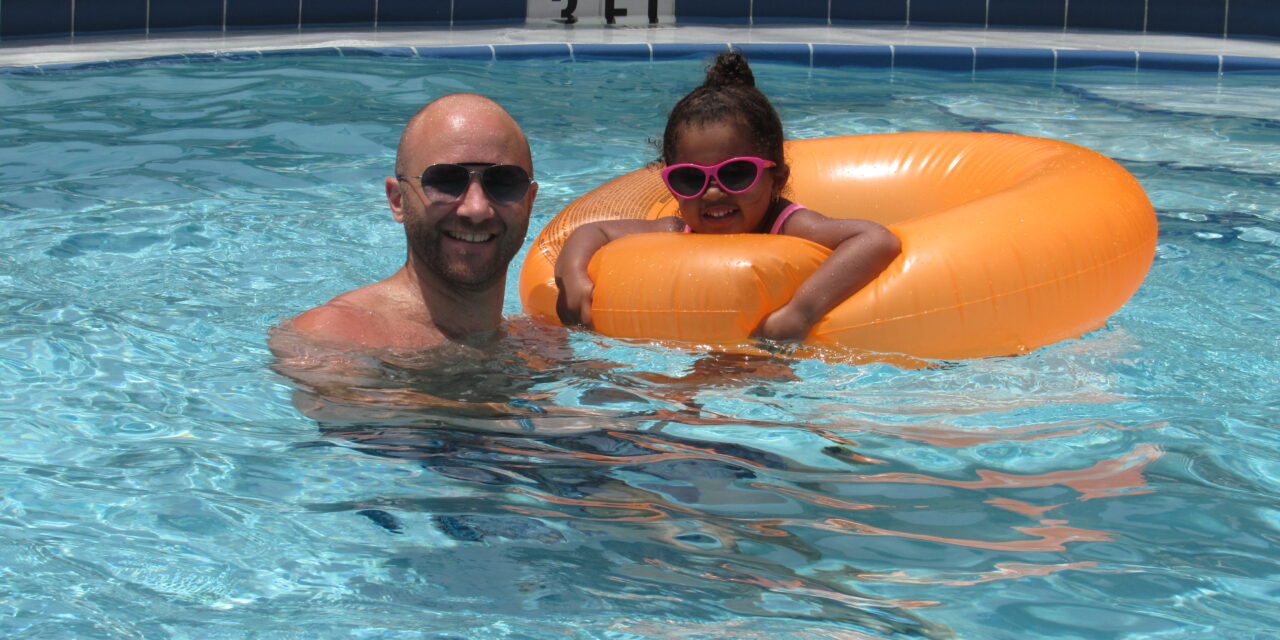 Last week was a big week around the Bennett household.

Not because we have a newborn. That’s old news and we are still sleep deprived. Nothing new to report on that front.

This news comes from my first born — my 3-year-old daughter who has loved any body of water since I first put her in a bathtub. The one who I had at the beach at four weeks old. The one who I had in the ocean off Coki Beach in St. Thomas when she was two. The one who’s been to the pool with me at least three times a week all summer long.

Well, she finally took off her lifejacket.

We had her in swim lessons in the spring of 2020, but you can imagine how quickly those got canceled when COVID hit. Since then I took it upon myself to teach her.

When we moved to south Durham last July and found out we had a pool in the neighborhood, we started practicing. At that point, she still needed me to hold her, even with her lifejacket. But I wanted her to be able to swim on her own as soon as she could.

I want her to be self-sufficient in all aspects of life, if she can. So if I’m not there for some reason, I’ll have faith that she’ll be okay.

The pool closed a little more than a month after we moved, so last year it didn’t happen. But this year, I wasn’t going to let summer end without a swimmer.

I’d been urging her to take off the life preserver but she was visibly nervous to. I didn’t want to press her too much. But last week, she was sitting in a tube with a mesh bottom and I told her she didn’t even need her lifejacket to float in that. The net would hold her up.

That was the piece we were missing — getting her comfortable in the water without her lifejacket and without feeling like she was going to sink.

Then she was ready.

I could see the excitement and nervousness in her eyes. I kept my hand positioned right under her belly just in case she dipped down. She started swimming, kicking her legs furiously and paddling with long, strong strokes like I taught her (instead of doggy paddling).

Every time I thought she was going to dip down, she didn’t. Fifteen feet she swam until her hands hit the steps. We were both surprised.

I wish I could describe the look of pride she had on her face. It was a smile like many others, but it said so much more.

As big as this day was as a breakthrough, it just meant that the real work started.

The next time we got to the pool, on her own accord she offered, “I want to swim without my lifejacket!” But the results weren’t quite as good. She stayed up, but wasn’t quite as strong.

Now that we had overcome the first step and broke through the fear, we had to work on strategy. We had to actually learn to swim, not to just “not sink.”

I grabbed a kickboard and handed it to her, showing her how to position it under her body.

Coincidentally, a man swimming laps beside us had one, too, extended out past his head while he propelled himself forward only with kicks. My daughter watched him and each time he turned, she turned. She followed him all the way across the pool to the deep end.

She swam comfortably with the board for well over five minutes. And that’s what we are focused on now — getting comfortable in the water, and learning how to control her body.

Watching this, I realized that it’s exactly the same with anything we are trying to learn or achieve. The first step is always getting over the fear.

Sitting down to write the first page of your book is the hardest part. Pressing “record” on the video, showing up at the gym, taking out the loan for your business, and stepping into the ring is where most people just quit.

They don’t even try because that first step is so psychologically daunting.

Once you’ve taken the leap, and taken the lifejacket off, you’ve defeated that monster that wants to keep you complacent, never achieving your goals. And that’s huge.

But after you take that leap you have to calm down, make a plan, and execute towards it every day. 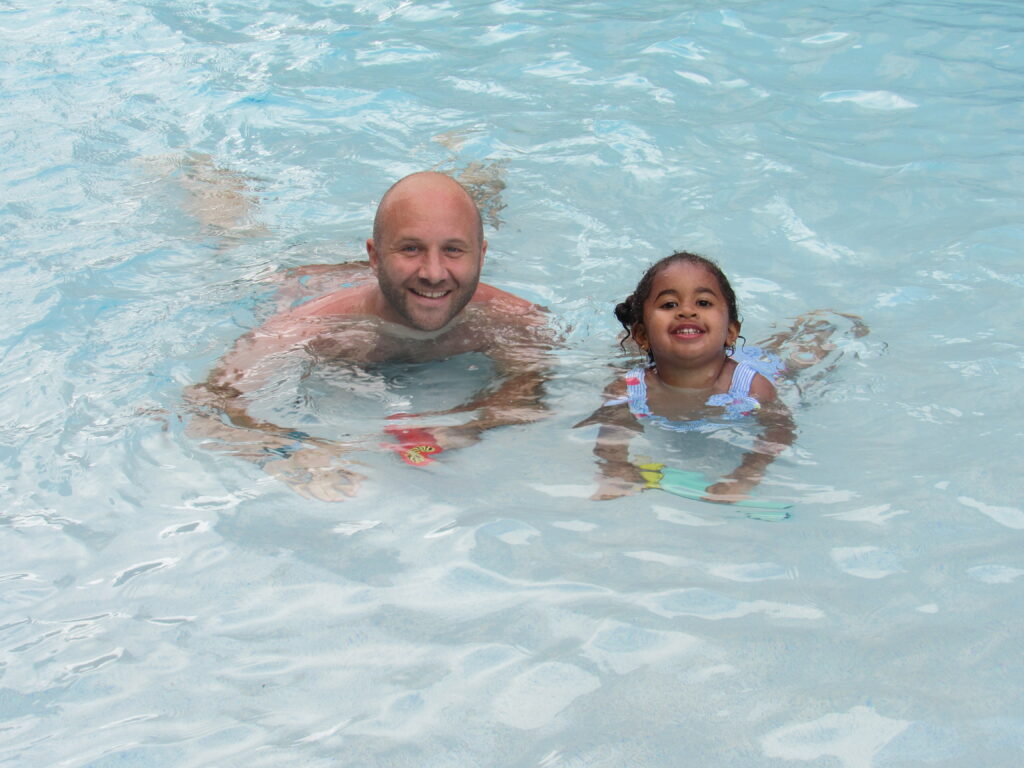