One on One: Following Lawson Through The Carolinas 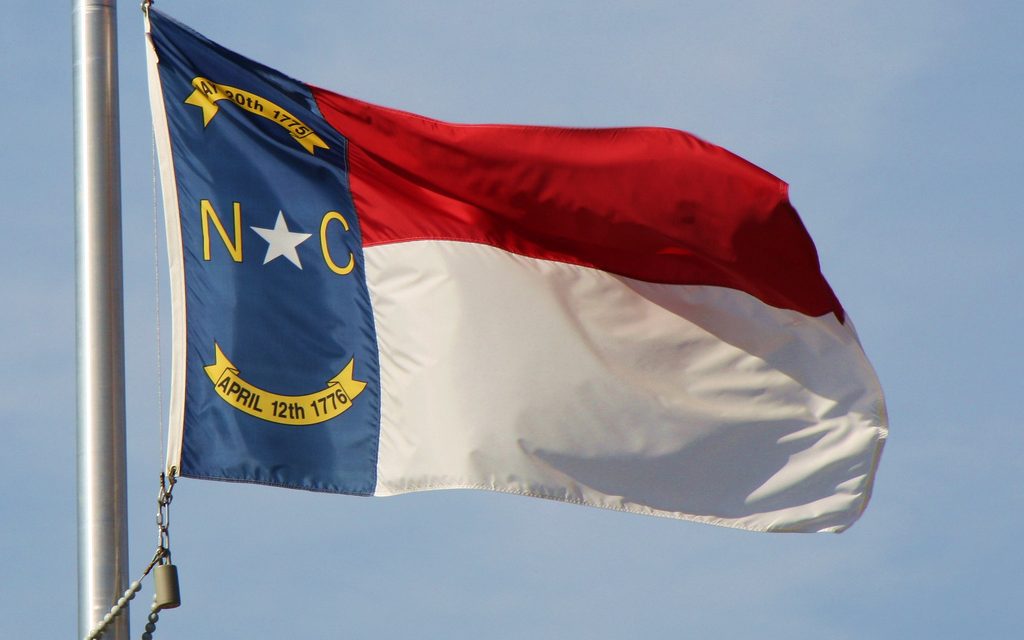 Why would anybody want to spend months walking from the South Carolina coast, up through the Piedmont to present-day Charlotte, and then back east to the North Carolina tidewater?

There are two good reasons, one from more than 300 years ago and the other from modern times.

First, a newcomer to North America named John Lawson made this long trip to explore and learn about unfamiliar lands. He made the trip on foot because there was no better way to travel through the endless forests of backcountry Carolinas. Setting off from Charleston in 1700, he was accompanied by several Englishmen and Indian guides. The notes he took became the basis of a book, “A New Voyage to Carolina,” first published in 1709 and still a classic for its rich descriptions of flora and fauna and the conditions of the native peoples who populated the areas he visited.

The more recent traveler, writer Scott Huler, made the long walk because he wanted to follow in Lawson’s footsteps. He says he looked for a modern book that explained where Lawson went and compared it to what is there today. When he found that it had not been done and that no one had even retraced his journey, he thought, “That’s for me!”

Of course Huler could have made the trip of several hundred miles in a day or two in a car on modern roads. But he wanted to go slow, seeing today’s landscapes and peoples at the pace Lawson traveled. 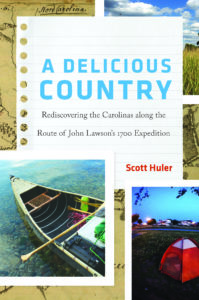 He shares his travels in a new book, “A Delicious Country: Rediscovering the Carolinas along the Route of John Lawson’s 1700 Expedition,” to be released by UNC Press on March 4.

Like most other readers of Lawson, Huler is impressed with his descriptions and attitudes about the native populations. Lawson visited Sewee, Santee, Sugeree, Wateree, Catawba, Waxhaw, Occaneechi, and Tuscarora Indians. Huler writes, “He stayed in their wigwams, ate their food, trusted their guides. And he emerged with their stories, for some of which he is the only source in the world.”

Lawson’s words were, “They are really better to us than we are to them.”

But Lawson found the native populations to be in a precarious situation. “The Small-Pox and Rum have made such a Destruction amongst them, that, on good grounds, I do believe, there is not the sixth Savage living within two hundred Miles of all our Settlements, as there were fifty Years ago. These poor Creatures have so many Enemies to destroy them, that it’s a wonder one of them is left alive near us.” 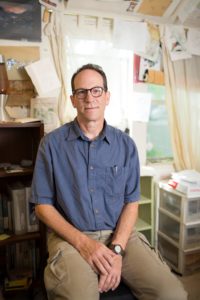 Traveling Lawson’s route through the rural Carolinas, Huler found a surprising and discouraging similarity. The rural and small town landscapes are littered with empty manufacturing plants, corporate farms and forests, empty main streets and deserted houses. Three centuries after Lawson, Huler found that “our world would teeter: a way of life dying in the countryside, implacable new forces once again balancing an entire civilization on a knife edge.”

Setting aside this discouraging report, Huler’s adventures and misadventures on the road entertain and inform. He is the best type of tour guide, one who is well-informed but not at all pompous. His wry, self-deprecating sense of humor helps his serious medicine go down smoothly.

For Lawson, his explorations and the reports about them opened the door to prominence and high positions in the young colony. That success came to a sudden end in 1711 when he was captured and executed by the Indians he had so greatly admired and praised.