One on One: Enjoy Them While You Can 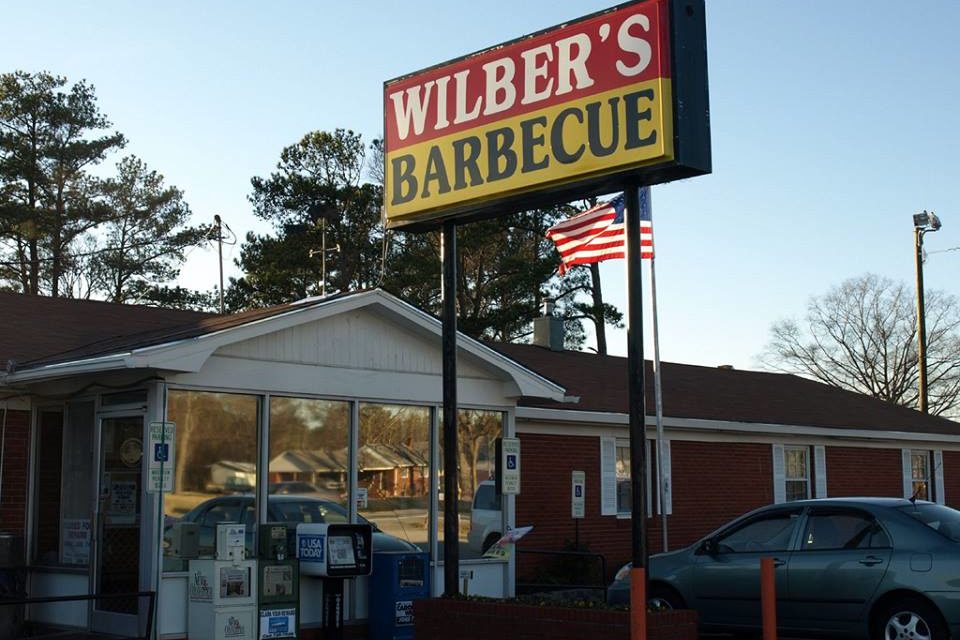 Real barbecue and small towns: enjoy them while you can.

Is it just one more small-town business that has closed its doors?

Or is there more to it?

For North Carolina barbecue lovers, last week’s closure of Wilber’s in Goldsboro was like the loss of a family member.

Wilber’s has been on my list of favorite eateries for many years. And it would be in the top two or three barbecue restaurants in this state on a list made by any barbecue expert. There are lots of reasons. First, Wilber’s and its owner, Wilber Shirley, had been in business since 1962 when he bought Hill’s Barbecue. Second, and arguably most important, he still cooked the old-fashioned way, over pits with wood coals and all night slowly, carefully cooking whole hogs. The real barbecue experts say this makes all the difference. In his classic book, “Tar Heel Barbecue,” Jim Early opined, “The name Wilber’s and Eastern North Carolina barbecue are synonymous.”

Another contributor to Wilber’s long-time success was his location on U.S. 70, right on the pathway of vacationers traveling to the coast. But in 2016 the opening of a bypass around Goldsboro changed that. It certainly made a big difference. As Wilber told local television back then, “Well of course, it’s something nobody like a businessman would be jumping up and down about.”

Then he added, “It’s something we can’t help, so we face the issue and whatever comes.”

We hoped that Wilber’s commitment to the careful and grueling process of old-fashioned cooking over wood coals would still draw customers off the new highway bypass.

Wilber’s pitmasters were legendary. In his book, “North Carolina Barbecue: Flavored by Time,” Bob Garner described how pitmaster Ike Green “would build a fire of stacked oak logs in the fireplace. He let the fire burn down to coals for an hour or so as he trundled a wheelbarrow between the pit house and the restaurant building, loading the forty or fifty half-pigs he would cook that night onto the pits, where they would slow-roast for nine hours.”

Wilber’s and other classic barbecue houses have always attracted political gatherings. Visiting politicians, if they were smart, called on Wilber Shirley. Sometimes he was active in supporting some candidates. In 1984, he was serving as treasurer for Rufus Edmisten’s campaign for governor. One morning Wilber read that Rufus had told reporters he was through with barbecue. Rufus says his first call about his unfortunate comment came from Wilbur.

John Shelton Reed, co-author of “Holy Smoke: The Big Book of North Carolina Barbecue” and champion of slow cooking over wood coals mourned, “Another of the greats is gone. Real North Carolina barbecue was already an endangered species. Soon it may be just a memory.”

There is something else we are losing. Wilber’s was a community-gathering place where friendships were enhanced and great memories created, treasured memories similar to those shared by Gov. Roy Cooper at last week’s Main Street Conference in Salisbury. Cooper remembered riding his bike downtown in Nashville (N.C.) for visits to the barbershop, drugstore, and with the people who packed the then thriving downtown. He said, “Our small towns and rural communities are wonderful places to live, work and raise a family.”

But as Scott Huler sadly points out in his new book “A Delicious Country: Rediscovering the Carolinas along the Route of John Lawson’s 1700 Expedition,” our state’s rural and small town landscapes are struggling, “littered with empty manufacturing plants, corporate farms and forests, empty main streets and deserted houses.”

Real barbecue restaurants and small towns: Do all you can to preserve them and do not miss any opportunity to enjoy them now before they are gone.