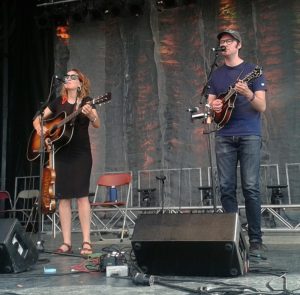 Since 1952, NBC’s “Today” has been one of America’s dominant morning shows — and as of November 12, 2019, Chapel Hill band Mandolin Orange has joined its exclusive club of musical guests.

Mandolin Orange, one of Chapel Hill’s most beloved local bands, is an Americana/folk duo consisting of Andrew Marlin and Emily Frantz — who started playing together in Chapel Hill in 2009. A talent for harmonies and voices backed by signature instrumentation sourced in Marlin’s gift for strings pairs with Frantz’s soaring violin and grounded guitar to create a sound greater than the sum of its parts.

In their appearance on “Today,” Mandolin Orange played “The Wolves” — a song with special relevance, considering its message and the day it was played on national television.

It was just pointed out to us that we got to perform The Wolves, a song born out of immigration injustice, on the day the Supreme Court is hearing the DACA case.

Hope we sent some vibes out into the ethos #HomeIsHere #HereToStay

You can see Mandolin Orange’s performance on “Today” here. The duo has also recently performed as part of NPR’s “Tiny Desk” series, released their new album “Tides of a Teardrop,” and announced tour dates. 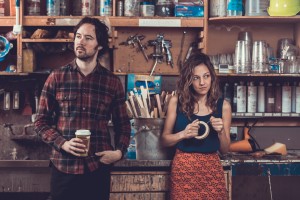