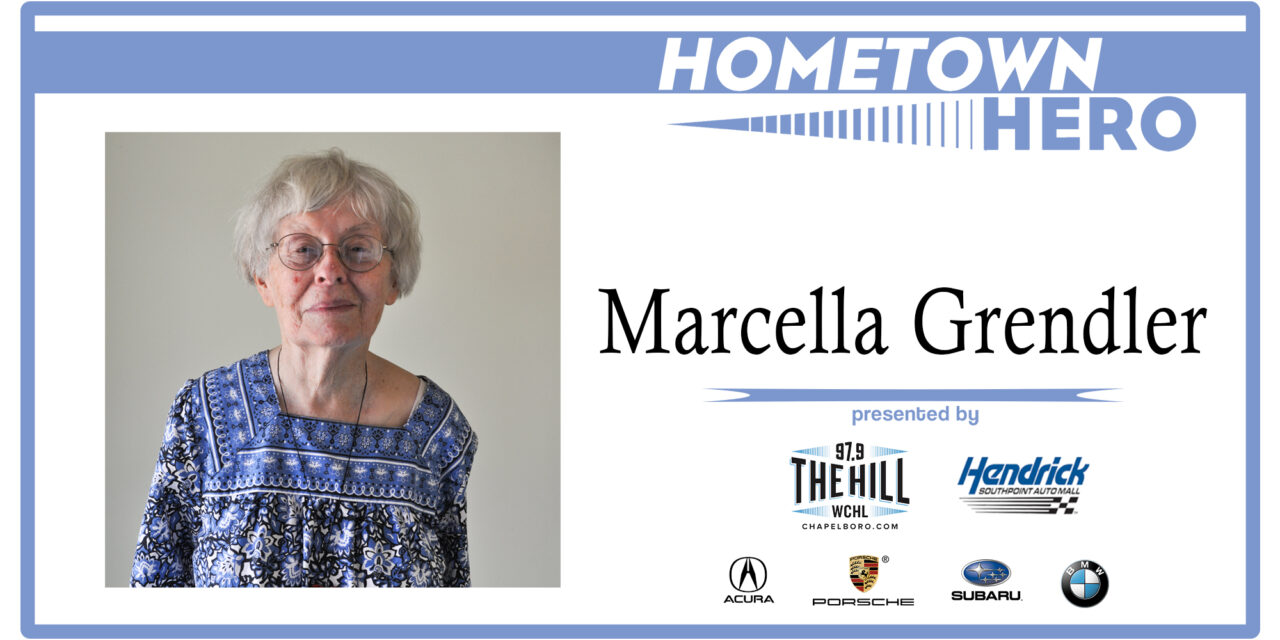 This week’s Hometown Hero, presented by Hendrick Southpoint, is Marcella Grendler — a volunteer with the North Carolina Botanical Garden.

“When I started working in 2005, she was one of the volunteers and her reputation preceded her for being just always there,” said Margo MacIntyre, the curator of the Coker Arboretum. “Ever since I came to work at the North Carolina Botanical Garden, she was one of the most memorable things about working.”

Grendler was away from the garden for a few months last year, partly due to a serious personal illness and partly due to the pandemic, which forced the garden to close for volunteers for four months.

“But the minute she felt well enough, and we were allowed to have volunteers back, she was here and working and being a friend to the other volunteers,” said MacIntyre.

MacIntyre said the volunteers at the Botanical Garden are the ones who give the garden its life.

“When we were without them last spring, we were bereft. And when they came back, it just, it just bloomed again.”

MacIntyre said the Hometown Hero nomination for Grendler is a long time coming.

“From the very beginning of my time at the botanical garden, I started listening to WCHL,” she said. “I would hear the Hometown Hero and I thought, well, Marcella is a good person for that and I’ve only known her a few months because I could see her contributions reached beyond just the waiting or answering questions at the front desk, that she was able to sort of touch all the areas of the garden and understand the things that were important.”