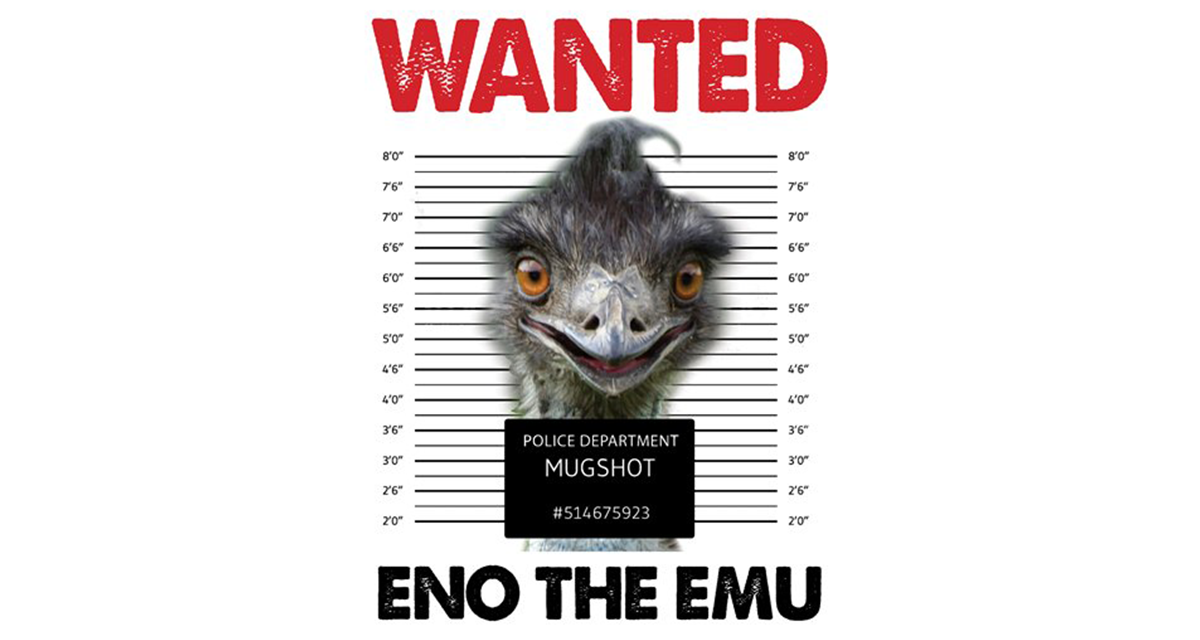 The most famous individual in the Triangle area is not a football coach or basketball star.

It’s an emu, nicknamed Eno, that has eluded authorities for more than a month in Orange and Chatham counties.

The bird was first spotted in Chatham County at the end of June, but appears to have traveled north and has been spotted around Hillsborough in recent weeks.

As the large bird continues to escape capture, it has drawn national headlines. The list of outlets that have published about Eno includes:

Local officials have also joined in on the fun.

Orange County tweeted out a picture of Eno in a wanted poster and the Orange County Sheriff’s Office jokingly invited it to attend their National Night Out celebration.

It's official. Eno Emu has been issued a special invitation to attend our National Night Out celebration on August 6 from 5-8 pm. We think the flightless bird is seeking a ride on the air care helicopter. We hope our special guest appears! pic.twitter.com/43A26C4eeZ

A parody Twitter account even popped up for the escaped bird, often poking fun at the authorities and residents trying to capture it.

Day 35 on the lam almost comes to a close. Keeping below the radar and keeping an 👀 out for emu hunters #emustrong2019

Residents of Orange County have been the most recent audience of Eno the emu.

The roughly 5-foot, 100-pound bird has been frequently spotted by locals, only to flee the scene by the time authorities arrive. Last week, Eno reportedly jumped on the roof of a car and outraced authorities in Hillsborough.

Despite frequent appearances from the flightless bird, residents are urged not to approach it. Emus are not aggressive by nature but can run up to 30 miles per hour and have sharp talons.

No one has come forward to claim responsibility for Eno. Emu farms are scattered throughout the state and Animal Services confirmed that the escaped bird does not belong to any known emu owners in Orange County.