Down on Copperline With Katharine Whalen’s Jazz Squad

Via the Orange County Arts Commission, Article by David Menconi

It’s such a natural, the only surprise is that it’s taken this long: An album of Squirrel Nut Zippers alumnus Katharine Whalen singing nothing but songs by the late great jazz chanteuse Billie Holiday. The album is “To Hide a Heart That’s Blue,” available on Bandcamp, and it’s the first release under the name “Katharine Whalen’s Jazz Squad” in 22 years.

And it all began, as so many things do nowadays, with an interaction on social media.

“It started on Facebook when some random person messaged me and asked, ‘Hey, have you ever considered doing a jazz album of only Billie Holiday songs?’” Whalen says. “And no, I had not!”

Covering Lady Day isn’t entirely new territory for Whalen. Released in 1999, “Katharine Whalen’s Jazz Squad” had a number of Holiday standards among its dozen tracks, including “Deed I Do.” But all nine songs on “To Hide a Heart That’s Blue” are Holiday songs from a very specific era of her catalog, the 1930s with accompaniment from pianist Teddy Wilson.

“That was the very first stuff of hers I ever heard, and it’s always been a favorite,” Whalen says. “I’ve been trying to learn it for years. It was cool to make this project about that particular material, which I think is more obscure. They’re such sweet songs, really joyful. The way she sings, her voice sounds very happy and there’s a lot to learn from there. Later, life got on her and her voice showed it. I love that she’s very on the melodies and doesn’t take as many liberties, but she’s still totally herself. Her voice is just so pure. I’ve always admired it a lot.”

Even when she’s not covering Holiday directly, Whalen has always shown Holiday’s influence. During the Zippers’ run, which included the 1996 platinum-selling album “Hot” and an unlikely MTV hit with the song “Hell,” her voice was one of the group’s signatures.

She took part in the Zippers’ 2007-2008 reunion shows and also sang her old Zippers songs like “Put a Lid on It” during a 2018 run with Ellis Dyson and the Shambles. But recent years have mostly found her playing with Certain Seas and Swedish Wood Patrol.

“Blue” features Whalen’s collaborators from those two groups, guitarist Austin Riopel and trombonist Danny Grewen, plus pianist Robert Griffin (with whom she has played since the Zippers days). And it captures a great, loose spirit, with Whalen in terrific voice. The Orange County Arts Commission provided funding for the recording at Jerry Brown’s Rubber Room, a Chapel Hill studio whose client list includes Rhiannon Giddens, Mandolin Orange, and other local and national stars.

“It was fun to make, a really good, quick and easy session,” Whalen says. “The energy was great. Cutting the songs, I did all my numbers in about two and a half hours. Then in the time I ran out for pizza, the dudes cut the two songs that they sing. Just like that. The next thing we’re doing is trying to gather resources to make another Certain Seas album, writing songs for that. And sometimes we play on the porch at Yonder Bar in Hillsborough, usually Saturdays if the weather is good.”

Find the album “To Hide a Heart That’s Blue” by Katharine Whalen’s Jazz Squad on Bandcamp. 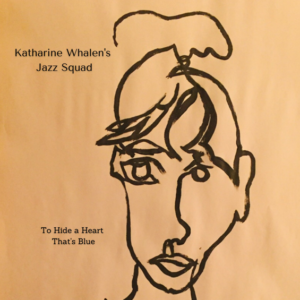 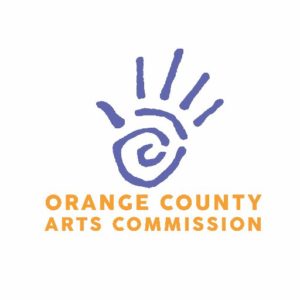 Chapelboro.com has partnered with the Orange County Arts Commission to bring more arts-focused content to our readers through columns written by local people about some of the fantastic things happening in our local arts scene! Since 1985, the OCAC has worked to to promote and strengthen the artistic and cultural development of Orange County, North Carolina.