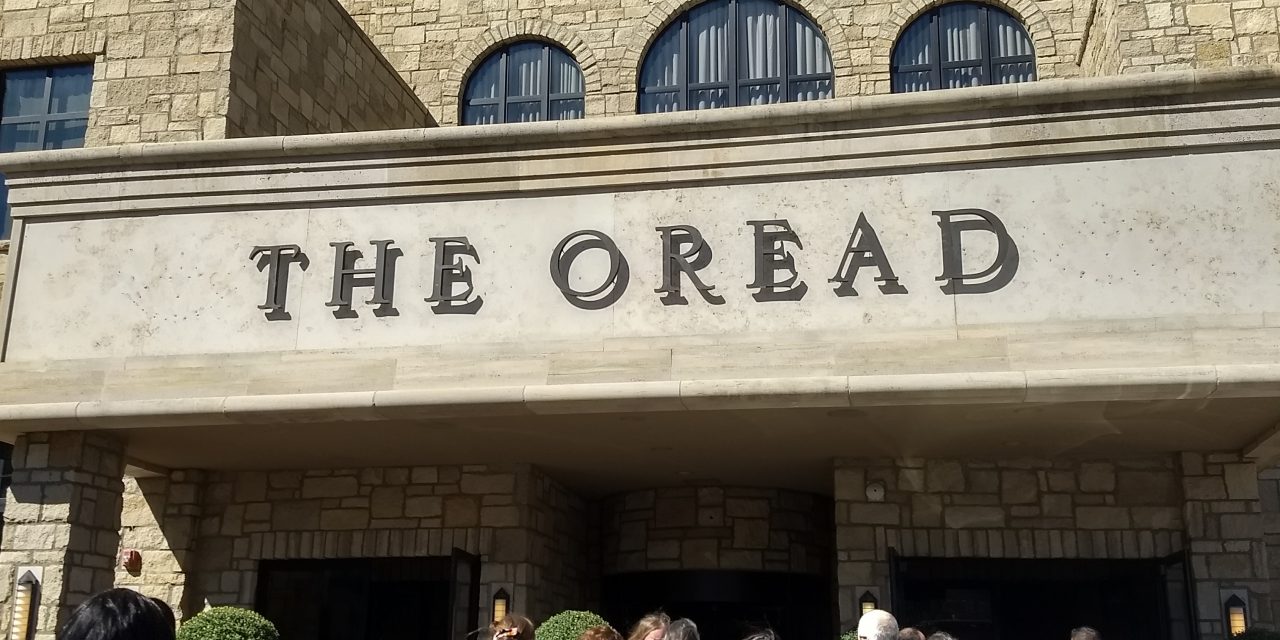 “I’m here to see Maurice too.”

We’re on the third floor of the Merchants Pub and Plate, one of the most popular restaurants in town. It’s a beautiful Sunday evening, Lawrence’s city manager and a bunch of other bigwigs are there, and we’ve traveled halfway across the country to pick their brains and see what this celebrated college town has to offer.

But forget all that: half of us are there to meet Maurice Jones, Chapel Hill’s new town manager. He’s been on the job for a month – but after a toppled statue, four tense protests, and a cat-4 hurricane, this is the first chance some of us have had to be in the same room with him. You know it’s a busy time in your community when you’re crossing time zones to meet your next-door neighbor.

(In case you’re wondering, he seems to be a good guy.)

Once that’s taken care of, though, it’s time to get down to business: a 48-hour whirlwind tour of the city lovingly known as LFK. (The L stands for Lawrence, the K stands for Kansas, and you can figure out the rest.) The Inter-City Visit seeks out towns that resemble Chapel Hill, and Lawrence fits the bill: its population is about 80,000, roughly similar to Chapel Hill and Carrboro combined; it sits about 40 minutes west of Kansas City, much like Chapel Hill to Raleigh; and its main drag, Mass Street, has a distinctly Franklin Street vibe. For you economic development wonks, Lawrence relies almost as heavily on residential property taxes as we do, and yes, their leaders are just as peeved about it as we are. (Downtown Lawrence even has a Varsity Theater, only their version has been converted into an Urban Outfitters. Score one for the light blue.)

If anything, you might say Lawrence is a little too similar. I pick up a copy of the University Daily Kansan, KU’s student paper, and I swear the top story is straight out of Chapel Hill: “WHAT’S NEXT FOR MASS STREET? As retail vacancies increase, downtown shop owners are looking for ways to bring business back.” Seems people are concerned because there are more and more vacant storefronts on Mass Street, and folks are worried that downtown is being overtaken by chains. “The rents are high here, and there’s a lot of discussion about that,” says the head of their downtown-development group.

Then again, when we walked down Mass Street, we didn’t notice the vacancies or the chains. We noticed the cool, quirky, local stores – like the Yarn Barn, or the Bourgeois Pig coffee shop, or Weaver’s, the department store that’s still going strong after 160 years. Or the Merchants Pub, back where we started – a restaurant that’s been built out of a converted bank. (Excuse me, where are your restrooms? “Go down there and make a left – they’re right inside the vault.”) Lawrencians are so accustomed to all that great stuff, they overlook it: the local paper laments the chains and the vacancies, while we outsiders walk down the very same street and marvel at the vibrancy. Funny how the exact same city block can look so different to two different people.

Franklin Street’s the same way, right? We notice the vacancies and the chains, but maybe that’s only because we’re so used to the Varsity… and Ye Olde… and Sutton’s… and Sugarland… and…and… and. Bring the Lawrencians to Chapel Hill, they’ll be talking about our cool, quirky downtown too.

So, the first lesson of Lawrence is perspective: this town is a fairly close reflection of our own, so we can look at it with fresh outsider’s eyes and then use that viewpoint to think differently about Chapel Hill.

The second lesson is likely to be about collaboration: we already know that town and university leaders should be figuring out ways to work together, but visits to cities like Lawrence can show us how they can work together in ways we might not have considered. Sitting at Merchants Pub, a Lawrence official mentions that KU’s chancellor regularly meets with high-ranking town leaders; Maurice Jones says that’s an idea we ought to consider taking to heart, and several folks around the table agree. (Policing is high on everyone’s minds, given what’s transpired in the last month.) The nice thing for Chapel Hill is that we’re already strong on collaboration, at least relatively speaking: Lawrence officials seem impressed when we bring up collaborative programs like Chapel Hill Transit and the Downtown Partnership, and I hear numerous Lawrencians comment on how much we Chapel Hillians seem to like each other. (Maybe we’re just putting on a good front, but that’s half the battle right there.)

Other lessons will come up in unpredictable ways, so stay tuned. Visiting a city that’s similar to Chapel Hill means we’re not likely to see any fundamental differences or have our basic worldviews challenged; what happens instead on these trips is that we see little things, ideas we haven’t considered, or unintended consequences we want to avoid, and those are the things we bring back. Orange County’s Piedmont Food and Agricultural Processing Center exists in part because we saw something like it in Asheville. Our visit to Bloomington, Indiana, sparked lots of new collaborations between UNC and Durham Tech. Boulder, Colorado, a progressive but lily-white town, reminded us how much we ought to care about diversity. Something like that will develop on this visit as well – and part of the fun is watching for it to happen.

All in all, it’s a fun trip and a nice town, and everyone in Lawrence is bending over backward to make us feel welcome. They even brought in a life-size cardboard cutout of Roy Williams, which may have taken some effort: KU’s arena is full of historical displays, but they seem to have eliminated a lot of the evidence of Roy’s existence.

Sheesh, you leave a school and go win three titles somewhere else, and suddenly it’s like you were never there.

Other thoughts from day 1: