Chapel Hill: “As Close to Magic as I’ve Ever Been”

In the first of a series profiling small towns and cities in the United States, The Guardian has recognized Chapel Hill as a place that “blends liberal philosophy and Southern culture in a way that borders on the utopian,” according to author Emma John. 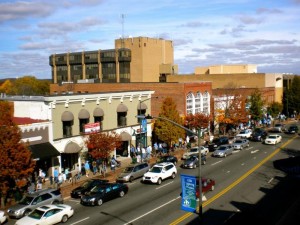 It was Thomas Wolfe that described life at UNC with the words “as close to magic as I’ve ever been,” and it seems that Chapel Hill’s local color, decidedly a beautiful shade of Carolina Blue, has won over many more hearts that just those counted as UNC alumni. Though Chapel Hill and Carrboro seem like they get bigger every day to us, a combined population of around 80,000 certainly qualifies our area for small town status.

From college sports fanaticism to Flyleaf books, The Guardian extols the virtues of Chapel Hill and the “individual streak” that it encourages, alongside neighboring Carrboro. the article lists buildings of historical interest, cultural landmarks, noted local restaurants and bars, and even recommendations of how to navigate when you’re new in town — including social media tastemakers and community raters to follow for the inside track.

The series on small towns and cities will continue for the next six months, and Chapel Hill — and Carrboro — residents should be deservedly proud that their home is first on the list.