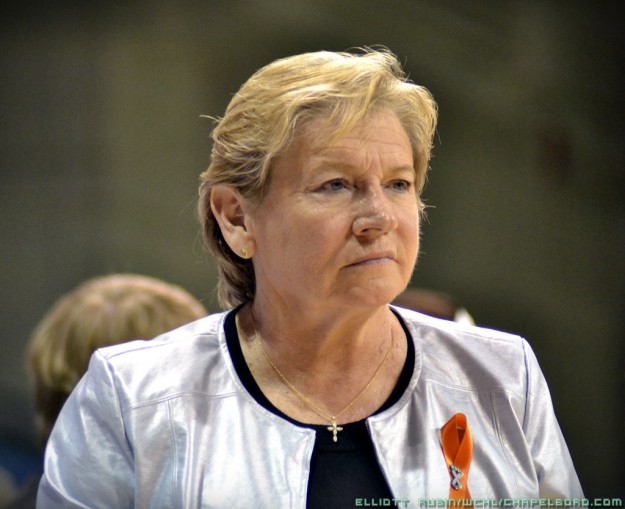 The UNC women’s basketball team fell 76-61 in Carmichael Arena on Sunday night to the University of Miami.

With its third consecutive loss against conference opponents, Carolina is on a losing streak on the court and the recent loss of senior leader Xylina McDaniel doesn’t help. McDaniel, a 6’2” forward, will miss the remainder of the 2015-2016 season as a result of a torn anterior cruciate ligament and meniscus in her knee suffered in UNC’s game against Georgia Tech.

McDaniel will be a key loss for Head Coach Sylvia Hatchell’s Tar Heels, as the forward has been a key part of Carolina women’s basketball her past four years, as she recently reached the 1,000 career points mark.

Without McDaniel, Carolina tried to rally. Freshman Stephanie Watts led the team in scoring with 19 points and nine rebounds.

In addition, red-shirt junior Hillary Summers contributed 17 points and 11 rebounds and senior N’Dea Bryant had 12 points and 10 rebounds. It was Bryant’s second double-double of the season and Summers’ fifth, good enough to tie for second most in the ACC.

University of Miami guard Adrienne Motley led the Hurricanes with 20 points, as Laura Cornelius and Jessica Thomas each had 13 points.

Despite the score, the game remained close in the first three periods. Although there were impressive individual numbers for several Tar Heels, Carolina was never able to truly maintain control of the game, with UNC’s largest lead coming in the form of only two points in the first period.

UNC ended the first period down 21-17 and that lead differential only slightly grew for Miami by halftime, when the Hurricanes led 41-35. It was the Hurricanes that managed to eventually break away with a game-high 19-point lead in the fourth with a little under three minutes remaining.

The team faces North Carolina opponents for the rest of the month, however, no games will be taking place in Carmichael Arena. Up next is a match against Wake Forest University in Winston-Salem at seven o’clock Thursday night.