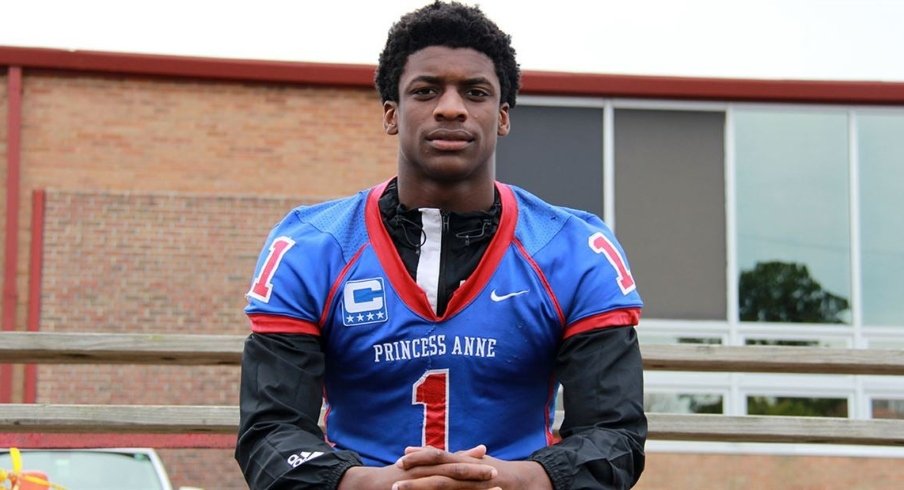 One of the biggest recruits in UNC football history will be making his way to Chapel Hill earlier than expected.

Five-star cornerback Tony Grimes will reclassify to the Class of 2020 and will enroll at UNC on August 1, his father told 247Sports. The coronavirus pandemic has put high school football and sports in Grimes’ home state of Virginia in doubt for the fall season.

“Our backs are against the wall,” Grimes’ father Deon Glover told 247Sports. “He doesn’t want to wait around and blow a whole season waiting around to see what’s going to happen with high school sports. He’s going to go ahead and move forward.”

I will be reclassifying to 2020 and Enrolling at UNC August 1st , This is my Business Decision. Respect it 💙🐑 #GoHeels . pic.twitter.com/QxOb0pvEKf

Grimes — ranked as the No. 7 overall player in the Class of 2021 and the top cornerback in the country per the 247Sports Composite rankings — chose UNC over Ohio State, Georgia and Texas A&M.

Grimes’ composite ranking of 0.9953 on 247Sports would make him the 9th highest-rated recruit in the Class of 2020, tied with Ohio State offensive tackle commit Paris Johnson Jr.

He told ESPN that he initially received his offer from North Carolina while on a visit to Texas A&M.

“I got to meet Coach Mack Brown, and Coach Mack Brown is a legend,” Grimes said. “He wins. He has titles on his belt. Coach Mack Brown is an amazing head coach, he’s a winning coach and has a winning program. They got Jay Bateman, and he’s an amazing defensive coordinator. Did you see the game they put on Clemson? Since [UNC defensive backs coach Dré Bly] is from the area, there’s a lot of connection there, because he did it from the area, he went to college and he did it, and then he went to the league and he most definitely did it. So with him there, I know I could do it and more.”

Bly played at Western Branch High School in Chesapeake, Virginia, which is half an hour from where Grimes currently plays at Princess Anne High in Virginia Beach.

A two-sport athlete in football and track and field, Grimes helped lead Princess Anne to a 8-3 record and Virginia Class 5 first-round playoff appearance as a junior.

“There is supposed to be an announcement sometime today or over the weekend and I think they’re going to cancel fall sports (here),” said Glover. “Tony is already signed up to take his final class and we’re already preparing to enroll into North Carolina.”

Grimes is the second-highest ranked commitment for the Tar Heels in the modern Internet recruiting era, ranked only behind former UNC defensive tackle Marvin Austin, who was the No. 4 overall player for the 2007 class.

UNC coaches and players were quick to react to Grimes’ commitment on social media.