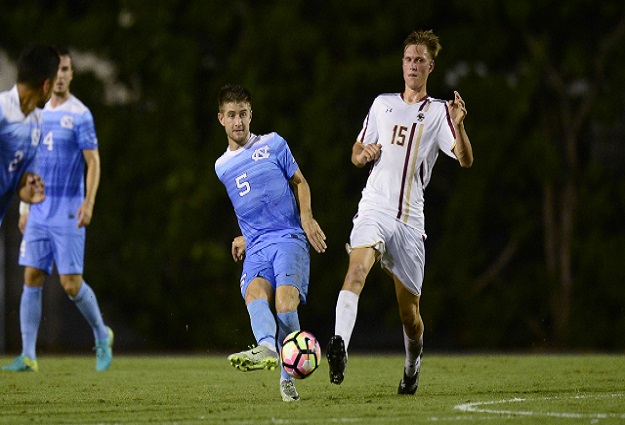 Following a vote by the league’s 12 head coaches, UNC was selected as the preseason favorite to win the ACC.

Results of the vote were released on Wednesday, with the Tar Heels receiving five first-place votes to secure their spot atop the poll.

Wake Forest was next in line behind UNC, with Clemson, Virginia and Notre Dame representing the rest of the top five.

Both the Tar Heels and Demon Deacons are coming off seasons in which they reached the College Cup–which is what soccer calls the NCAA Semifinals.

Last season saw an NCAA record when nine ACC squads qualified for the NCAA Tournament, and eight of them made the Sweet 16.

UNC will officially kick off its 2017 campaign on Aug. 25 with a match against Providence.