No. 3 UNC Men’s Lacrosse Downs No. 2 Duke to Claim Share of ACC Championship 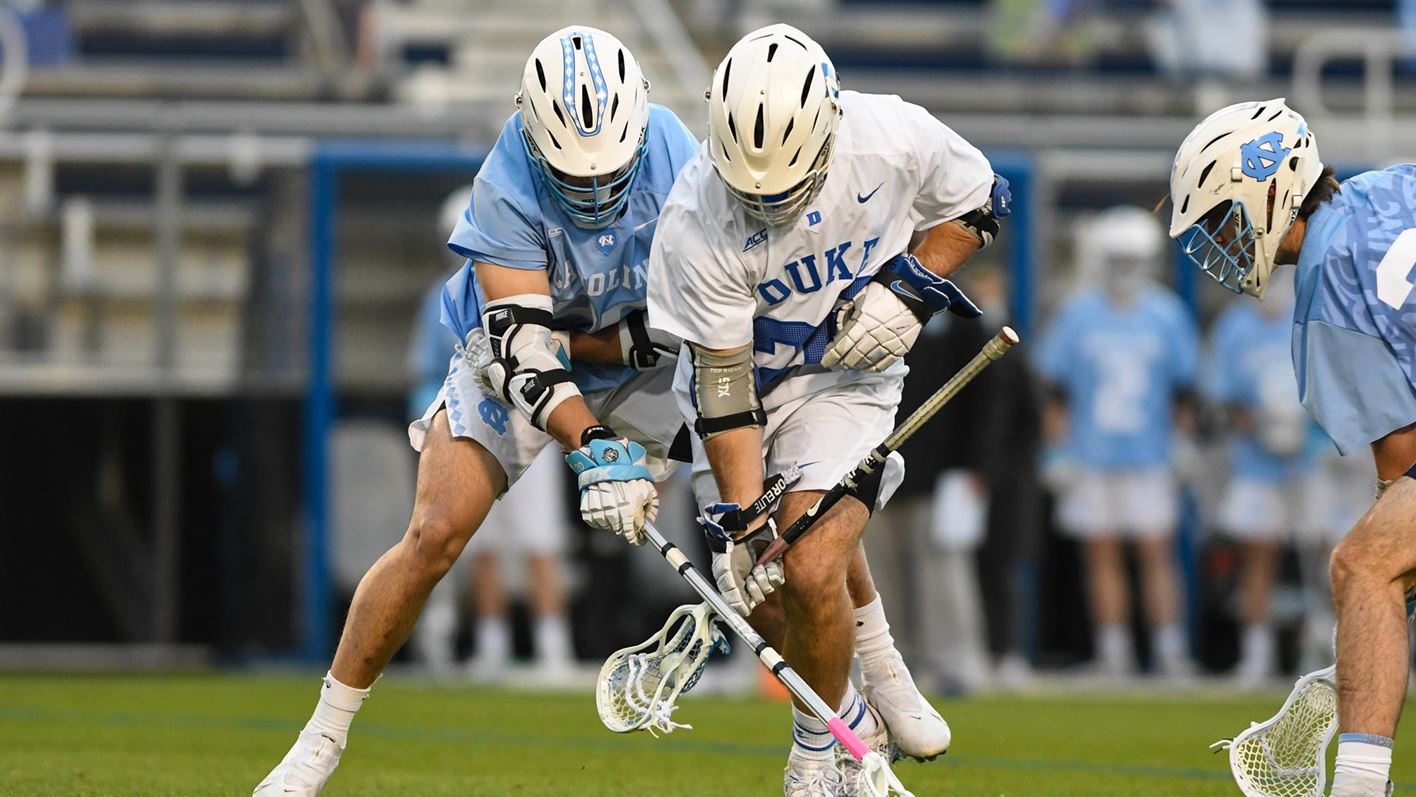 With a 15-12 victory over No. 2 Duke on Sunday at Kenan Stadium, the No. 3 ranked UNC men’s lacrosse team claimed a share of this season’s ACC championship.

The Tar Heels finish the regular season with an 11-2 record overall and a 4-2 mark inside the ACC, the same conference record Duke posted. Because the teams split their two meetings this year and the lack of an ACC Tournament this season, they are this year’s co-ACC champions.

Duke led 4-2 late in the first quarter, but the Tar Heels reeled off eight unanswered goals to take a 10-4 lead into halftime.

The Blue Devils never got closer than four goals the rest of the way until scoring with just under two minutes remaining to pull within three.

UNC tallied 50 shots in the game compared to just 39 for Duke.

This marks the first ACC men’s lacrosse title of any kind for the Tar Heels since winning the 2017 ACC Tournament.

🔹 UNC last shared the regular-season title in 2016
🔹The Tar Heels last won the ACC Tournament in 2017
(No conference tournament this year for men's lacrosse, so this is THE championship)#GoHeels pic.twitter.com/ts46ctXNwv