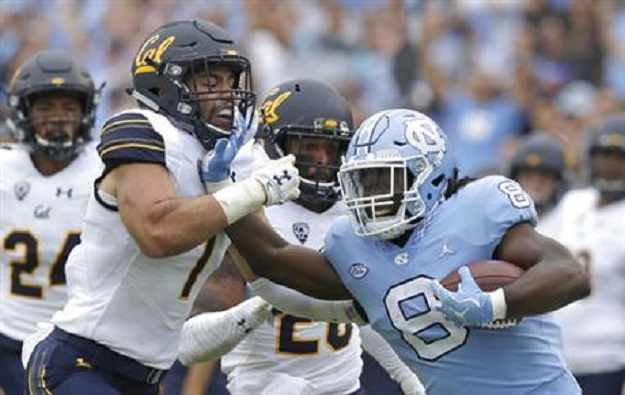 UNC junior running back Michael Carter was named Wednesday as one of 72 players at his position to be included on the Doak Walker Award watch list for the upcoming season.

The award is given each year to the nation’s top running back.

In nine games last season as a sophomore, Carter tallied 597 yards and two touchdowns on just 84 carries. He also caught 25 passes for 135 yards and a touchdown.

His signature game last season came in a tight loss to Virginia Tech, as he gained 165 yards on 18 carries on the way to earning the ACC Running Back of the Week award.