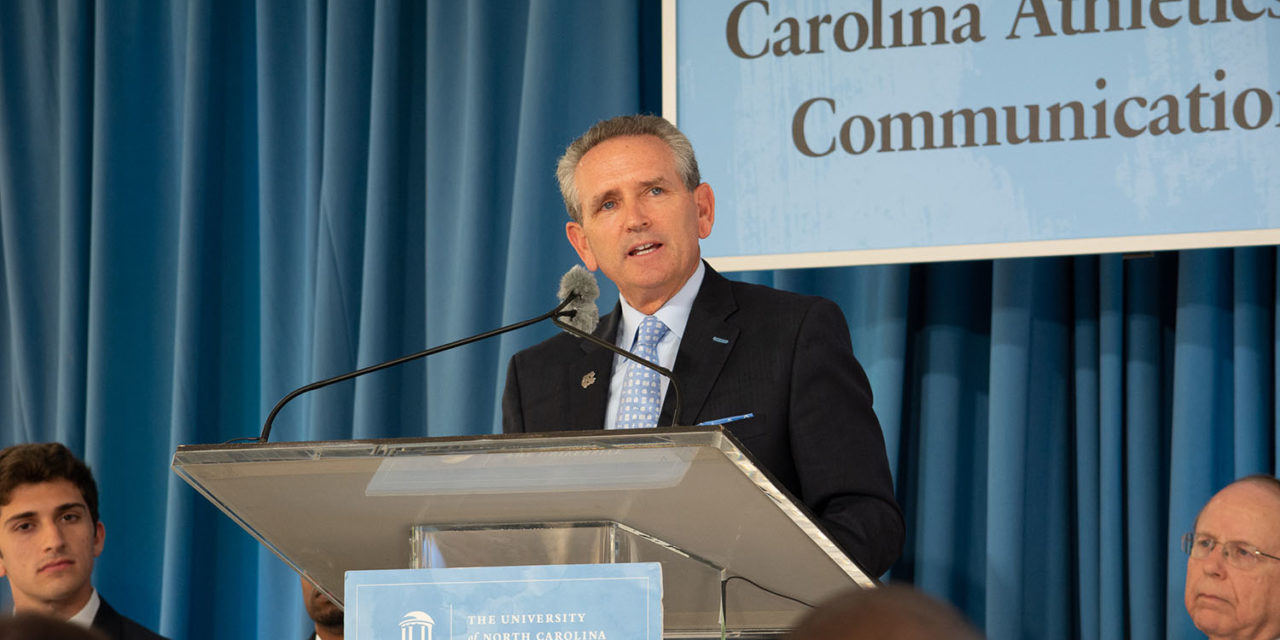 The NCAA announced Thursday that it has added UNC Director of Athletics Bubba Cunningham to the NCAA Men’s Basketball Committee, making him the first Tar Heel athletic director to ever do so.

Cunningham has been at UNC since the fall of 2011. The Tar Heels have won 13 national championships and finished as national runner-ups 10 times across multiple sports with Cunningham in charge–including the 2017 NCAA championship in men’s basketball. In addition, Cunningham was named an Athletic Director of the Year earlier this year by the National Association of Collegiate Directors of Athletics.

In this nenw role, he will be one of 10 people who helps select the field for the NCAA Men’s Basketball Tournament.

Cunningham’s five-year term on the committee will officially begin in September.

“Representing the University of North Carolina and the ACC on the NCAA Men’s Basketball Committee is truly an honor and something I look very much forward to when things settle down and we can get back to managing games again,” Cunningham said. “The NCAA Tournament has proven over and over to be the NCAA’s greatest event and one of the premier sporting events in the world.”