UNC Basketball vs. Notre Dame: How To Watch, Cord-Cutting Options and Tip-Off Time 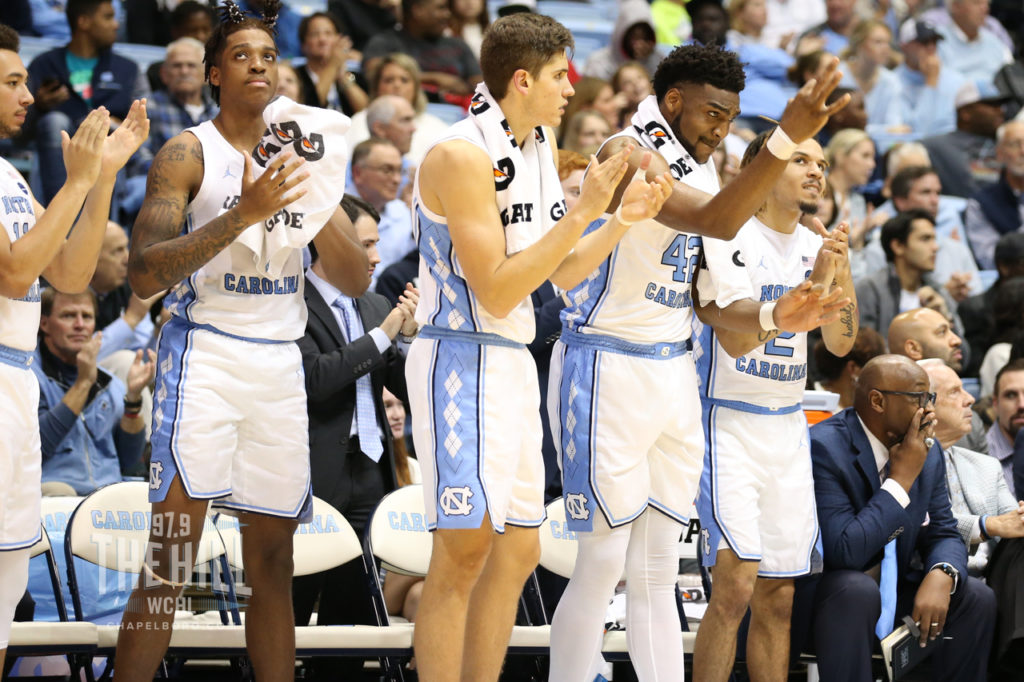 UNC basketball begins its 2019-20 season with a home opener against Notre Dame.

With the game being broadcast on the new ACC Network, it will be the rare instance of Carolina opening its season with an ACC conference game.

Carolina will be without Brandon Robinson, who suffered an ankle injury in UNC’s exhibition win over Winston-Salem State. Team spokesman Steve Kirschner says there is no timetable for Robinson’s return, but that X-rays show the ankle is not broken.

North Carolina is currently a 10 1/2 point favorite over Notre Dame at the time of publishing.

Tip-off is scheduled for 7:00 p.m. from the Dean Smith Center in Chapel Hill.

97.9 The Hill is broadcasting every North Carolina basketball game this season.

Our coverage of UNC vs. Notre Dame begins at 5:30 p.m. with the Countdown to Tip-Off show.

Following the game, 97.9 The Hill will carry a post-game wrap-up show.

Here’s the best way to watch North Carolina basketball games (if you’re not in attendance):