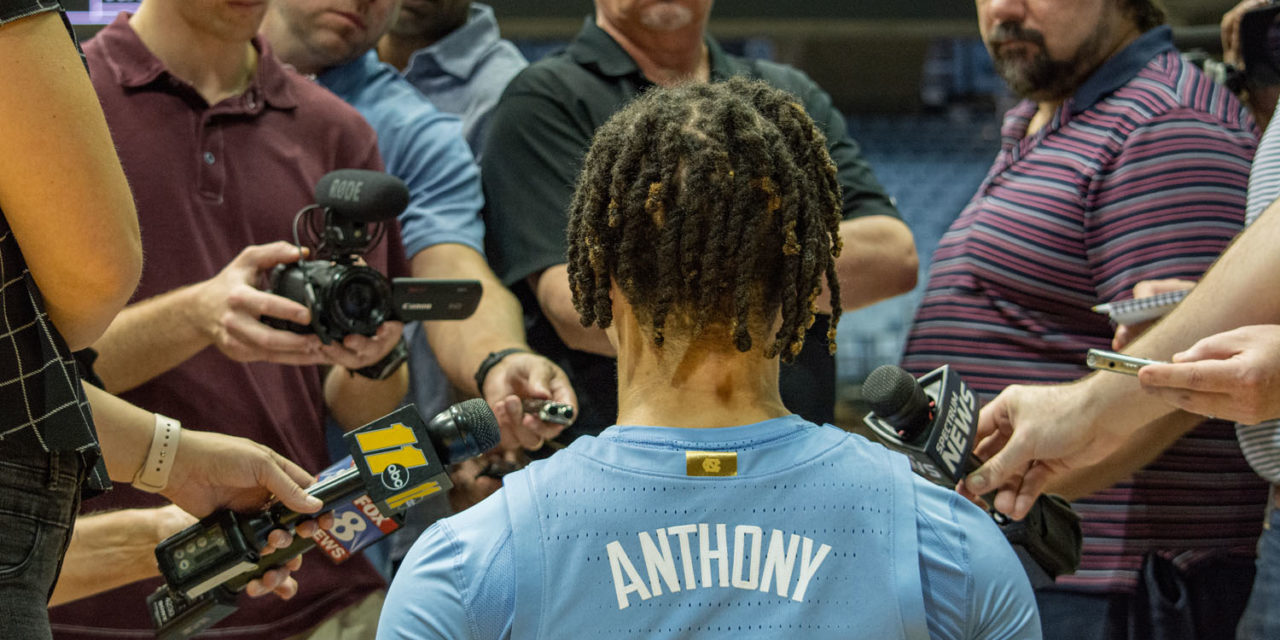 It was the most points of any UNC freshman in their debut, breaking the record held by Rashad McCants (28 points in 2002).

Cole’s College Debut = UNC Record@The_ColeAnthony has more points than any other Tar Heel in their debut! pic.twitter.com/Dc1ZF4oZIp

That boy a problem

You are a problem boi!!!!! @The_ColeAnthony

The reactions weren’t limited to former basketball players either. Football players like Marquise Williams and Eric Ebron took to social media to react as well.

Cole Anthony ready for the league…

Anthony’s debut — which took place on the new ACC Network — caught the attention of the national media as well.

Cole Anthony lived up to the hype in his Tar Heel debut 😤 pic.twitter.com/xVjk7Vtta6

Cole Anthony making the most of his @UNC_Basketball debut 👀pic.twitter.com/ds2X0vuyeW

The majority of Anthony’s scoring came after he discarded the sports glasses he wore to begin the game. It might be safe to assume that’s the last we see of those glasses for the remainder of the season.