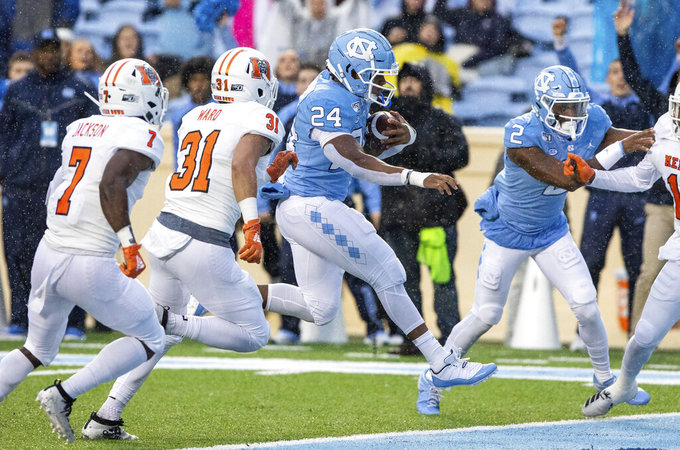 The Buffalo Bills agreed this past weekend to re-sign former UNC running back Antonio Williams, who was cut from the team earlier this offseason after joining as an undrafted free agent.

Bills reporter Ryan Talbot broke the news on Sunday, as Williams will get another chance to try and crack Buffalo’s roster.

In two years with the Tar Heels after transferring from Ohio State, Williams carried the ball 139 times for 826 yards and eight touchdowns. He typically split the workload in the backfield with teammates Michael Carter and Javonte Williams.

Sources have confirmed to NYUP that the #Bills are re-signing UDFA RB Antonio Williams (@A_B_Williams26). @DraftDiamonds had it first. https://t.co/evcnX5tVxb #BillsMafia