Chansky’s Notebook: The Difference Between ‘Good’ and ‘Great’ 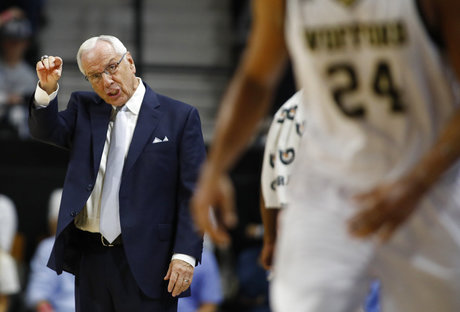 Carolina was good in its opener. Duke was other-worldly.

The Tar Heels got a tough test in a small-but-raucous gym at Wofford, avenging that shocking loss to the Terriers last year in Chapel Hill and showing off their veteran and young talent.

The toughness was there when Wofford made it close late in the second half, and the box score looked good for the most part. Luke Maye, with 24 and 7, picked up where he left off last season, Cam Johnson looked healthier and better with 17 points, eight boards and five three’s. As he did last year, Garrison Brooks took the early lead on the usual contest of “which big man will get most of the playing time” with 20 points and five rebounds in 25 minutes.

Kenny Williams, who went through scoring droughts as a junior, went 0-for on his three long balls and did not score. Neither did freshman Leaky Black and sophomore Sterling Manley in eight minutes each. Nassir Little came off the bench for 20 minutes and looked as good as advertised with seven points, two rebounds, three assists, two blocks and no turnovers. Coby White started at point guard and, despite some out-of-control moments, the athleticism and speed he’ll need for a successful season are there for sure. 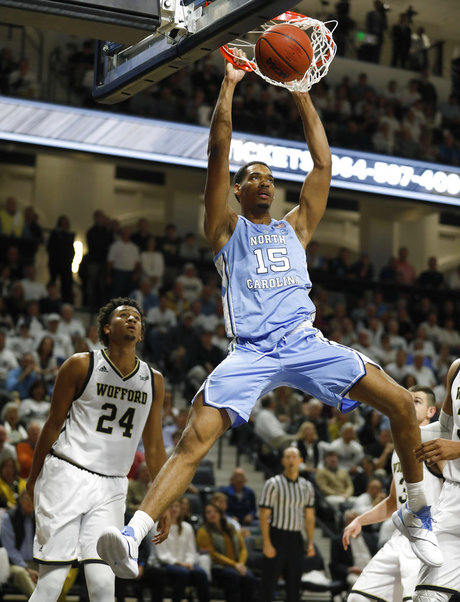 The Heels shot 50 percent from the floor, 41 percent from the arc and 73 percent from the line — all good team numbers — plus they recorded 21 assists on 29 made baskets. Ol’ Roy wasn’t happy with the early turnovers, but that got better in the second half. It’s a long season, so here we go.

Duke, on the other hand, looked like they want the NCAA tournament to start this weekend. The Blue Devils’ 34-point win over No. 2 Kentucky is a small sample size, of course, but freshmen Zion Williamson, R.J. Barrett and Cam Reddish began on the big stage by scoring 83 of Duke’s 118 points.

Mike Krzyzewski, who is not hobbled by any injuries to start this season and is fully engaged with his team, has his ready-made rotation. Point guard Trey Jones, Tyus’ kid brother, had seven assists and no turnovers. Junior Marques Bolden finally gets to start in the middle and is a good fourth scoring option. Sixth-man Jack White had 9 points and 11 rebounds, and Coach K still has two or three more quality players he can sub in.

It’s a long season, and there’s plenty of basketball to be played, but after opening night I can’t imagine anyone being equal to Duke.