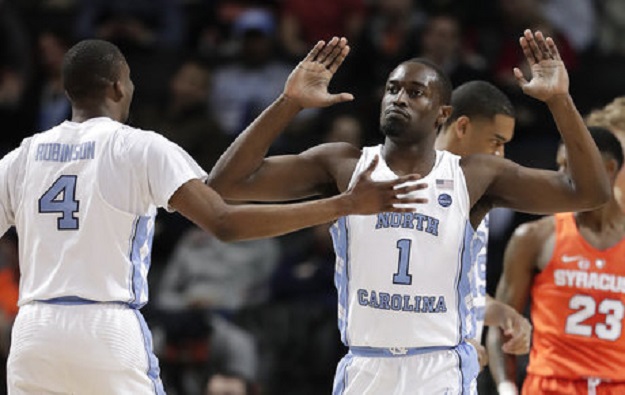 One 2019 preseason ACC basketball poll has Duke No. 1, Virginia No. 2 and Carolina No. 3. Another has it Virginia, Carolina and Duke. Still one more has it Carolina, Duke and Virginia. The other 12 teams are scrambled eggs.

All the polls are not out yet, but it’s clear that it will be those three and everyone else. However, each has decidedly different characteristics to make them tri-favorites.

Duke, of course, has the best freshman class for like the eighth straight year, or something like that. That the Blue Devils lost all five starters off an Elite Eight team doesn’t seem to matter, because R.J. Barrett, Cam Reddish, Zion Williamson and Trey Jones comprise the best incoming class. Lack of a proven fifth starter and depth problems don’t seem to deter voters.

Virginia lost second-leading scorer Devon Hall and leading rebounder Isaiah Wilkins, but the Cavaliers have Tony Bennett and his system which won the 2018 ACC regular season and tournament and has kept the Cavs at or near the top of the league for the last five years. Kyle Guy, DeAndre Hunter and Ty Jerome are back, plus new names that we’ve yet to learn to keep UVa among the ACC favorites, which means in the nation, too.

Carolina has the best combination of experience, new talent and depth. For an amazing fourth-straight year, they will start at least two seniors for a nationally ranked team. That just doesn’t happen with other programs, since their best players are long gone before their senior years.

Cam Johnson, Luke Maye and Kenny Williams are back for their final college seasons. They follow seniors Theo Pinson and Joel Berry last year, Kennedy Meeks and Isaiah Hicks in 2017 and Brice Johnson and Marcus Paige in 2016, back-to-back Final Four teams and one national champion.

That speaks to Roy Williams’ ability to develop potential, while Duke has won fewer NCAA tournament games than Carolina in Williams’ tenure with its bevy of five-stars. With the academic mess over, UNC has its most highly recruited freshman class since 2011. Nassir Little and Coby White are seen as possible one-and-dones and Leaky Black join a long roster for either the first, second or third best team in the ACC.

Wait to see which one.