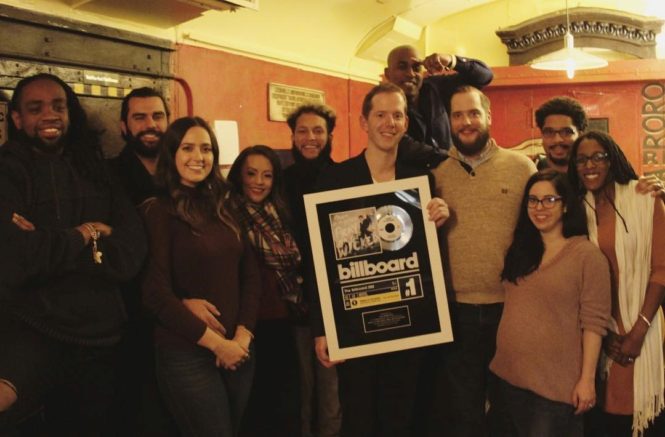 Alex Kresovich is a PhD student in the UNC Hussman School of Journalism and Media. But before he started at UNC he was a music producer in LA, working with popular bands like Panic! at the Disco.

Kresovich was diagnosed with Generalized Anxiety Disorder in the third grade. For him, music was a form of self-medication before it was a job.

“Music was my escape,” Kresovich says. “I didn’t know it at the time. I didn’t realize I was using it to almost medicate myself but it played a huge role in me dealing with the symptoms and just kind of helped me get out of my own head or explore my imagination. Then when I got older I realized ‘Oh, I could do this as a job? That would be the coolest job ever.’”

While earning his undergrad at Cornell and then his masters at UGA, all Kresovich wanted to do was make music. So when he graduated in 2012 and later moved to LA to do just that, he thought it would be his dream come true.

“Getting the things I dreamed of, while it did have its sense of fulfillment, it wasn’t something that really made you happy,” Kresovich says.

After 3 years in the City of Angels, Kresovich moved to North Carolina and started his doctorate at UNC. He came in with the idea to study how young people are affected by popular music that references mental health.

“I think music is one of the most powerful things in the world,” Kresovich says. “I think these artists and these songs can be used as part of public health initiatives to really help promote positive mental health behavior, self-care, meditation, going to therapy. People listen to musicians in a way that they don’t listen to doctors or their parents.”

He thinks the effect music has on young people’s attitude towards mental health is a vastly understudied topic. If we study things like the correlation between video games and violence, why not music and mental health?

“There are new studies now that young people are listening to music like 40 hours a week on average,” Kresovich says. “They’re listening to songs with these messages and no one is paying attention to that?”

Kresovich studies artists who are starting to open up the conversation about mental health with their music on and off the stage – artists like North Carolina based rapper J. Cole.

“He did his song ‘Friends’ where he advocated for meditation and he had people meditating on stage with him so I think he’s been a fantastic advocate,” Kresovich says. “Young black men in particular have high levels of stigma towards mental health so having him just open up that conversation is fascinating.”

Kresovich’s research and data indicates that references to depression, suicidal idealization and mental health metaphors have gone up significantly in the last 20 years.

“I think the conversation is changing and I think that people are realizing that what they’re dealing with is anxiety,” Kresovich says. “I think a lot of people deal with these symptoms and they think ‘Oh I’m just stressed’ but no that’s an actual thing. So it helps people recognize what’s going on.”

While popular music is starting to impact how we talk about mental health, the issue of treatment is another battle entirely. According to NAMI, one in five adults in the U.S. experienced mental illness in 2018. That’s over 47 million people – but of those people, 57 percent go untreated. And even if they are treated, the average delay between the onset of mental illness symptoms and treatment is 11 years.

Kresovich is hoping that music with a message will keep working to close that treatment gap – especially for young people as they work their way through some of the most formative years of their lives. 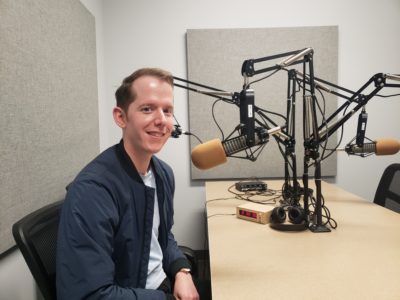