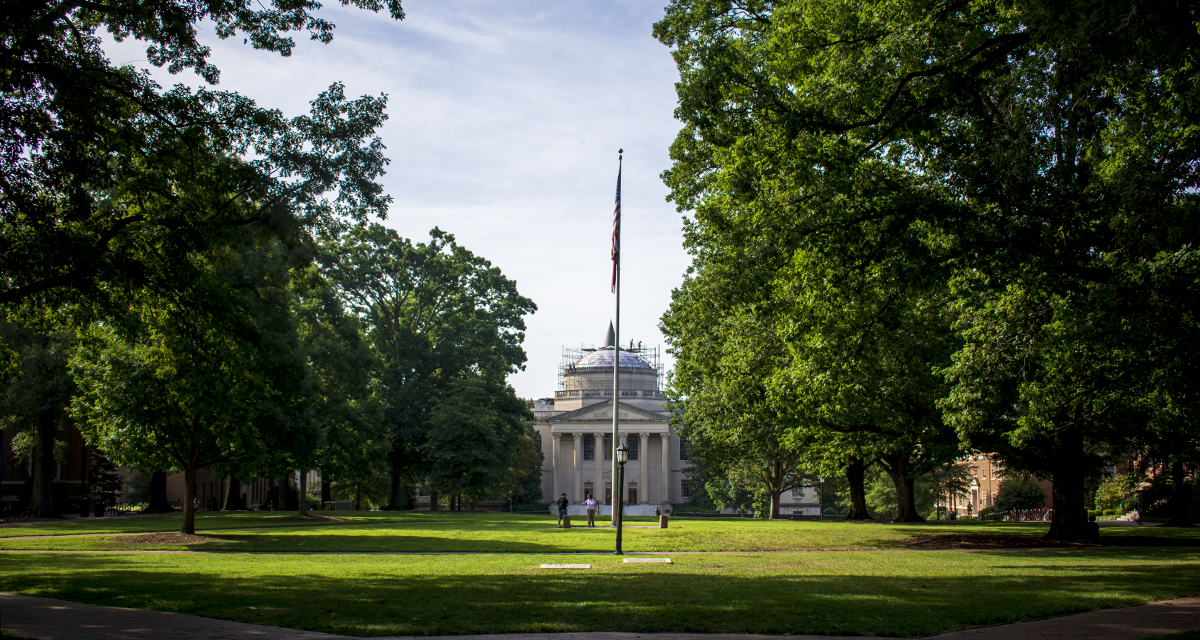 The Town of Chapel Hill is set to begin work on removing and replacing two trees on UNC’s campus.

The town identified two aging trees that sustained damage at Fraternity Court near Columbia Street. A large branch fell from one of the trees on September 13, falling on two cars — including a Chapel Hill Police car. No injuries were reported.

#CHTraffic: The Town of Chapel Hill’s arborist staff has identified two aging trees that have sustained damage and need to be removed. READ MORE: https://t.co/jZNMEjkfbv pic.twitter.com/l5GZnLmiUI

Work will be conducted during UNC-Chapel Hill’s Fall Break from October 17-18.

Earlier this year, the Town of Chapel Hill removed 10 trees from two locations in town due to “their health and the harm they pose to people and property near them.” Additionally, a woman was injured after a large branch fell from a tree on West Franklin Street in May. The entire tree was removed because it was “hollow and could pose future harm,” according to town officials.