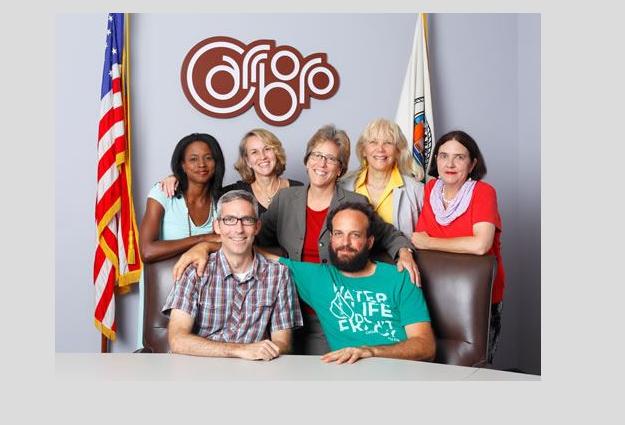 Carrboro is working on a plan to make the town a greener place through its “Community Climate Action Plan”.

A draft of the plan was brought to the Board of Aldermen several weeks ago from the town’s Energy and Climate Action Task Force.

That draft recommends a goal of reducing greenhouse gas emissions 50% by 2025. Other elements of plan include reducing emissions from buildings and cars, promoting walking and cycling and encouraging environmentally friendly behaviors.

About a 100 residents responded to a survey gauging their support for various elements of the plan.

On Tuesday Randy Dodd, Carrboro’s environmental planner, said many of the responses were in favor of the plan.

“There seems to be pretty broad support overall,” said Dodd.

The plan will cost about $4,000,000 to implement, with an annual cost of about a million and a half.

Alderman Randee Haven-O’Donnell said that confusion over goals for connectivity were holding back the plan.

“Connectivity has handicapped this report and the work of this task force long enough,” said Haven-O’Donnell.

Caroline Dire, spoke during the public comment and advocated for including language about plant-based diets in the climate action plan.

Aldermen Bethany Chaney said that the language around plant based diets needed to be worded as to not contradict advice on keeping small livestock.

“That we do actually recognize where those contradictions exist in someway because the document’s going to lack some kind of integrity that it needs to have in the end,” said Chaney.

The Board of Alderman voted to recommend including language on plant based diets in the Community Climate Action Plan. They will revisit the plan again in the fall.