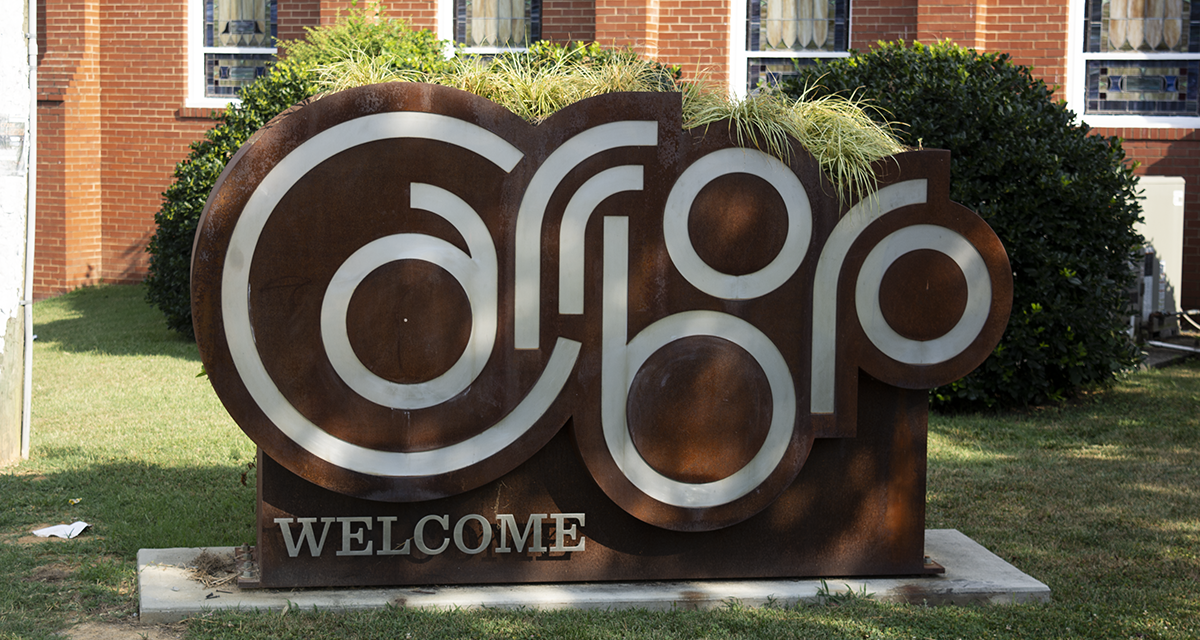 Throughout the pandemic, amid stay-at-home orders and self-quarantine, many people have been taking advantage of the outdoors – using the sunny weather as a chance to get out of the house and exercise.

With everyone out getting some fresh air, the Town of Carrboro wants to make sure its residents are still able to stay safe from traffic while social-distancing.

During the last week of April, a number of pedestrian safety issues were brought to the attention of the Carrboro Town Council.

In less than a month, the council drew up a plan to address these issues and put new safety modifications in place.

Carrboro Mayor Lydia Lavelle said these modifications grew from resident requests as the town heard from people who were concerned as their neighbors spent more time outside on busy roads.

“We have had some areas in town that have asked us to figure out ways to do some kind of modifications to the streets to enhance pedestrian safety but also have proper social distancing,” Lavelle said.

At their town council meeting Tuesday night, a resolution was passed to adopt several new pedestrian safety measures. These measures include developing and distributing an education campaign using the Watch For Me NC branding and installing signage on East Poplar Avenue at West Main Street indicating “local traffic only.”

Lavelle said these measures will hopefully promote pedestrian safety as the town continues to navigate the pandemic.

“We’re really encouraging more people to be able to bike and walk and have less emphasis on car traffic,” Lavelle said. “So we’ve had some neighborhoods where they really asked us to put in some quicker measures than usual to be able to let people be outdoors and not have bad traffic rushing though.”

Because of the pandemic, and the need to safely spend time outside, Lavelle said all these changes are being implemented faster than usual.

“Usually to do traffic safety measures it takes a period of several months because we put out cones and we take surveys and we put in speed humps but this is kind of a way we’ve realized that a lot of people are out in certain neighborhoods,” Lavelle said. “So we’re putting up some more immediate pedestrian safety patterns.”

Other safety modifications to the town include installing banners or small signs along West Main Street and West Weaver Street with a safety message that can be reproduced as needed and installing a temporary, all-way, stop sign at the intersection of Robert Hunt Drive and Richard Dixon Court.

According to the town, this stop sign placement will be reassessed at a later date when travel patterns begin to normalize and the need for social distancing is reduced.

To see what else was discussed at Tuesday’s town council meeting, visit the Town of Carrboro’s website.