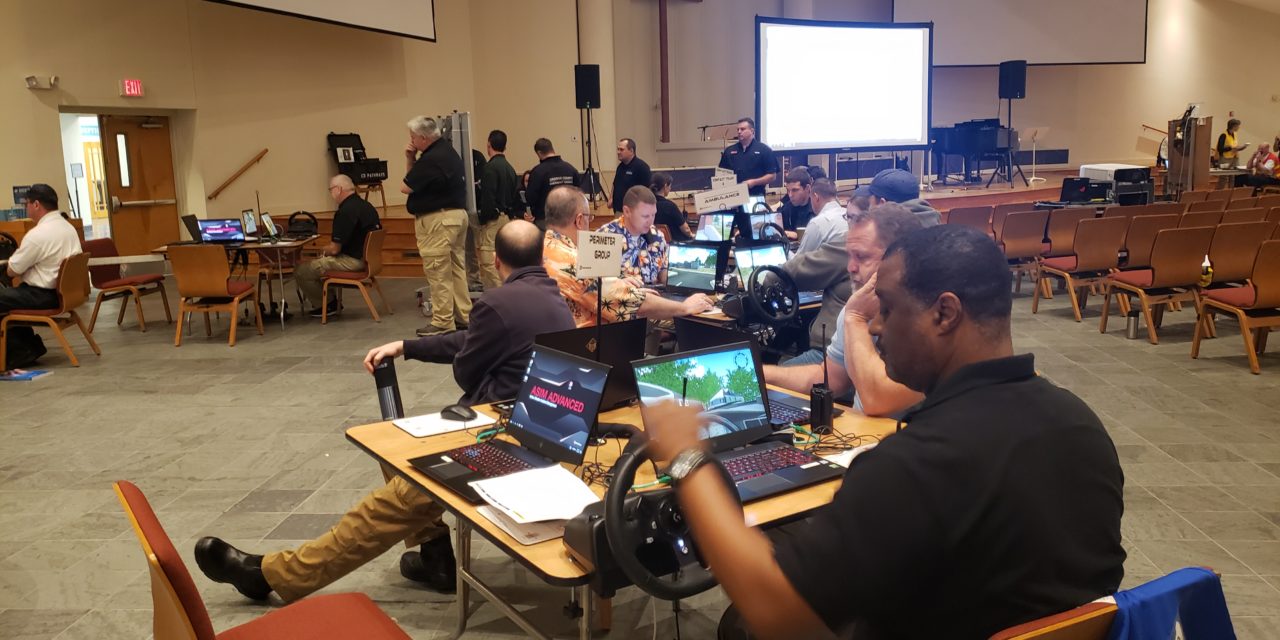 Emergency officials across the country have been undergoing extensive emergency response training to prepare for potential active shooter situations.

In Orange County, over 150,000 dollars of high-tech equipment was lugged into Chapel Hill Bible Church and set up over the course of four hours. This was all done in preparation of a three-day training module designed to provide local first responders with a very real active shooter simulation.

Around the room was a flurry of high-tech gaming computers, working radios, and realistic car, EMS and helicopter simulators. Each computer was programmed with a simulation that allows first responders to play an active role in protecting civilians, organizing resources and taking down imminent threats.

The threat in this case was Bill Godfrey. He was the instructor for this simulation and the man bringing the active shooter scenario to life.

“My job as an instructor playing a bad guy is not to win,” Godfrey said. “My job is to push them to learn, push them to be better. I don’t make it easy for them but I want them to master a skill set so I push them to do that.”

Godfrey goes around the country teaching for Homeland Security and hosting these advanced trainings on behalf of C3 Pathways.

“When people hear that we use simulations to do the training, they think about a bunch of kids sitting around playing Call of Duty, and I get that, but the software and the simulation really has very little to do with what we’re trying to train the responders on,” Godfrey said. “We’re trying to train them about how to work as a team. Communicate effectively, both within their team and across radios, and manage these events, make good decisions – all focused on saving time.”

Godfrey said they focus on breaking up responsibilities and always thinking of the next step to control the crisis as swiftly as possible. He said once the threat is removed, the speed of emergency responders is the most critical element.

“Because every minute that someone is bleeding is an opportunity for them to slip into shock and lose their life, and we don’t want that,” Godfrey said. “It takes work and practice to take minutes off of that clock – and that’s what we’re trying to do.”

In this practice scenario, the 9th out of the 11 Orange County crews will complete, they succeeded.

“You guys just took the record for the best performance on this scenario, congratulations,” Godfrey said.

Godfrey said they are only the second group to successfully clear and transport everyone off the scene in 20 minutes.

In addition to Orange County, Durham and Wake Counties also participated in these emergency response trainings. The three counties were given this opportunity after receiving money from the Complex Coordinated Terrorist Attack Grant. The Triangle is only the second area in the state to receive this size of grant.

Godfrey said this cooperative partnership between the three counties is crucial – especially in times of crisis.

“Nobody does this by themselves,” Godfrey said. “These events are huge, they take more resources than you can possibly imagine and nobody can go that alone.”

Over the course of the year, C3 Pathways will host up to 30 sessions nationally. To learn more about their emergency response training, you can visit their website.