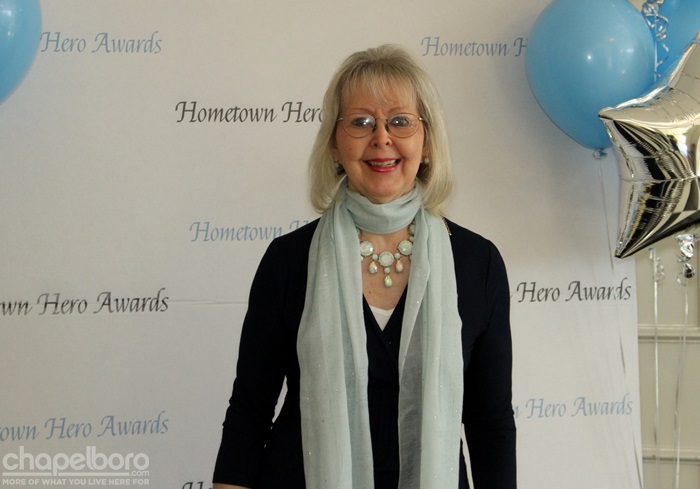 Editor’s Note: An original version of the article incorrectly listed Briggaman’s age as 83 years old. The story has since been updated.

Irene Briggaman, who spent decades partnering with local businesses to fundraise for hunger relief programs, recently passed away, according to her church.

“Irene took seriously the call to be a good and faithful disciple,” Rev. Scott E. McCue wrote in a statement. “She knew that a disciple is one who both follows and inspires others to join them. Irene was able to get so many people to follow her, to be committed to a cause, to work for the betterment of our community. We will greatly miss Irene, her love for this parish community, for the Tar Heels and for our beloved Chapel Hill.”

Briggaman founded and served as the chief organizer of the Restaurants Sharing Ten Percent, or RSVVP, event in the Chapel Hill and Carrboro community for many years. The fundraiser, which benefited the Inter-Faith Council’s food bank and other programs while supporting local restaurants, has raised thousands of dollars to address food insecurity in the region every November since 1989.

“The idea came to us from the Food Bank of Central and Eastern North Carolina,” Briggaman told 97.9 The Hill in 2017, “and they got the idea from greater Baltimore [area] where waiters and waitresses were giving their tips. I said ‘I think I can get this going in Chapel Hill.'”

RSVVP was not held in 2020 due to the coronavirus pandemic, with the IFC citing concerns about straining restaurants’ limited staffs and resources. But in 2019, the IFC reported more than 100 restaurants participating and customers raising more than $20,000. The non-profit also declared the RSVVP’s 30-year total of money raised being more than $538,000.

“Hunger is a problem that has a solution,” said Briggaman. “And how nice it is, to be involved in that solution.”

The RSVVP event was not the only way Briggaman spent her time working with other charitable causes around the community. Since moving to Chapel Hill with her husband in 1965, she also volunteered for organizations like the Chapel Hill-Carrboro City Schools district, the Compass Center for Women and Families, the Girl Scouts, the American Red Cross, the Triangle Land Conservancy and more.

For her many years of efforts, the Chapel Hill Historical Society declared Briggaman one of its Community Treasures in 2014, while the Chamber for a Greater Chapel Hill-Carrboro named her an ambassador emeritus for the organization in 2019. Additionally, the chamber also created the Irene Briggaman Lifetime Achievement Award, which is given to “commend a lifetime of exceptional public service and volunteerism in the greater Chapel Hill-Carrboro area.”

“Everything I did was the truth,” Briggaman told the Chapel Hill Magazine for a profile on her this past December. “I had to make time to do what I wanted to do. These [honors] are thank-you awards for stepping up when it was necessary.”