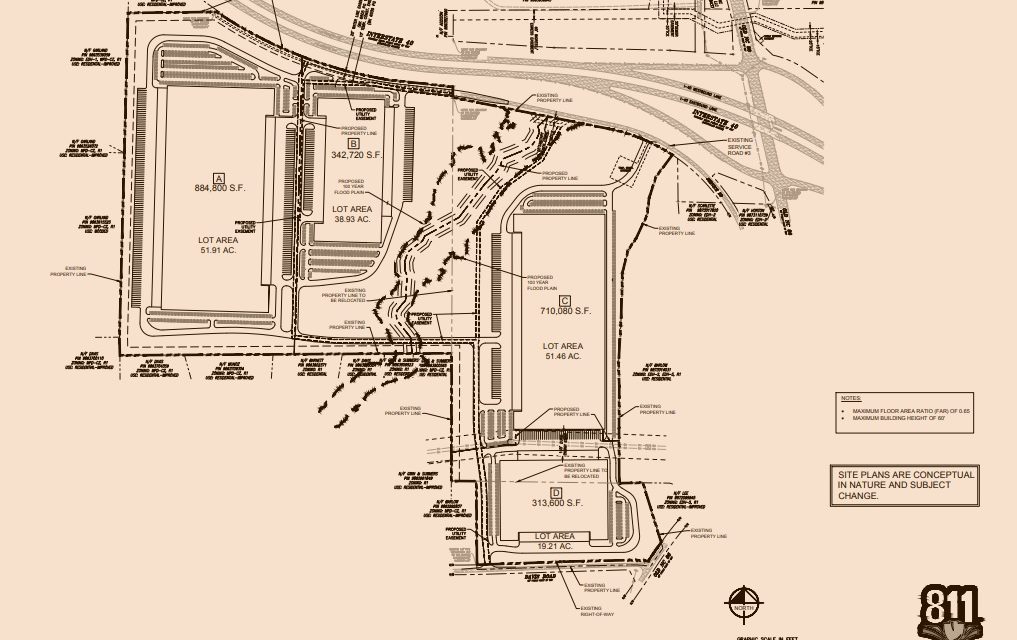 The Orange County Board of Commissioners approved a measure that allows for the development of the proposed Research Triangle Logistics Park near Hillsborough.

The board, which passed a requested zoning atlas amendment for the project on Tuesday night, approved the change with a vote of 6-1. Commissioner Renee Price was the dissenting vote.

The approval for the proposed 160-acre light-industrial complex envisioned by the Barrister Commercial Group came after the commissioners heard changes made by the developers following their comments at the board’s October 5 meeting. Changes to where vehicles would enter the property, which is expected to include warehouses or manufacturing operations, and buffers along the southwest and northern borders were discussed and reviewed.

The undeveloped land, which sits between Interstate 40 and Davis Road outside of the Hillsborough town limits, had previously been designated as an economic development zone by the county government.

The project garnered protests from residents in August, who voiced concerns about the impact on traffic and noise near properties along Davis Road. The Hillsborough/Orange County Chamber of Commerce voiced its support of the project in September, saying the eventual development could lead to “vitally important” tax revenues and job opportunities for the county during a rebound from the COVID-19 pandemic.

More information about the Research Triangle Logistics Park proposal can be found on the Orange County planning website.