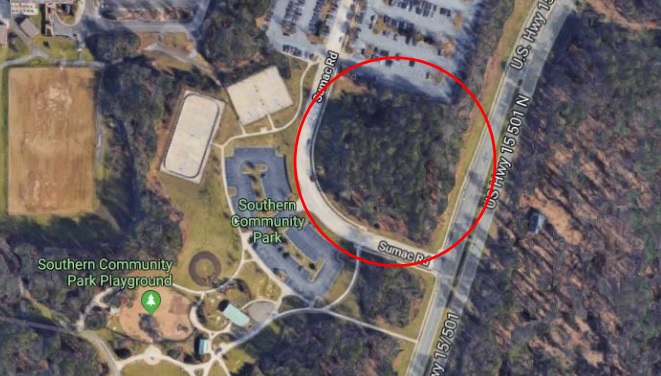 Chapel Hill is officially exploring the possibility of moving Kidzu Children’s Museum to a town-owned location near Southern Village.

The Town Council unanimously entered into a non-binding good-faith agreement, a letter of intent, with Kidzu to move forward with researching the move at last week’s meeting.

The land is located off of 15-501 near the park-and-ride parking lot in Southern Village and is 2.7 acre site.

Kidzu museum Board Chair Melissa Cain said that the current space that Kidzu is in at University Place is temporary.

“For 12 years and counting, despite its cramped quarters, Kidzu has been a go-to place in Chapel Hill for families. We are now in a space crunch,” said Cain. “We have 90,000 visitors coming each year into a 7,500 square-foot space. You can imagine that overcrowding hinders being able to delivery a wide variety of services including more outreach and programs for older children.”

Several members of the public were in attendance at the meeting and made public comments in support of the Kidzu relocation and a letter signed by several Southern Village businesses expressing support was presented.

Council member Hongbin Gu expressed concern about moving forward and not having a process in place for what standards should be met for when town property is used.

Despite not having a set process in place, Mayor Pam Hemminger said she feels the decision represents the values we support in our community and that she sees a great partnership.

“I want us to explore if it’s possible to add another floor or something to this building for our own cultural arts programs; I think that’s an opportunity,” the mayor said. “Opportunities don’t come knocking all the time and sometimes we don’t have our processes quite in order when the opportunity comes. It means that you have to make decisions based on whether you’re going to wait to get your process done or take this opportunity.

A public process for any potential proposal on the property would come back before the council after further work by the staff and Kidzu.