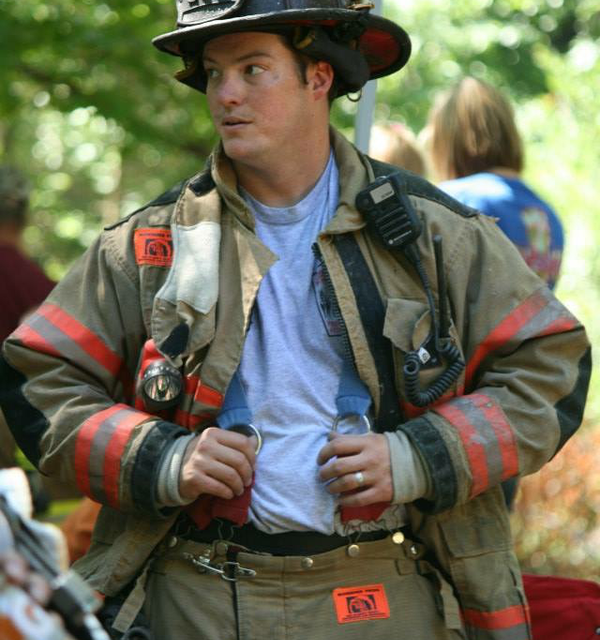 Flags across North Carolina state facilities will fly at half-staff until sunset on Saturday in honor of a fallen Orange Rural Fire Department firefighter.

Holden died at the department’s main station in Hillsborough on Monday afternoon after going out on a response call.

Holden, the assistant chief of training and safety for the department, was one two firefighters who entered a trench on Monday to rescue a construction worker who was trapped on West Ten Road in Efland.

Holden was certified in trench rescue, according to the department.

Officials said Holden “participated in equipment maintenance” upon arriving back at the department’s main station. He was later found unresponsive. Revival attempts by the crew and emergency workers were unsuccessful.

The 32-year-old had been with the department since joining as a junior member in 2001 and had been a full-time employee since 2003.

Holden is survived by his wife and child. His family released a statement earlier this week saying they were “devastated” by his death.

A share account has been established by the Hillsborough Firefighters Association at the Local Government Federal Credit Union for the family.

If you would like to donate, you can do so by visiting any State Employees Credit Union location and making a deposit in the “Scholarship Fund for Miller” account.

A funeral service will be held at 11 a.m. Saturday at New Horizon Church in Durham. The Orange Rural Fire Department will cease operations during that time; the department’s coverage area will be serviced by the Mebane and Lebanon fire departments.