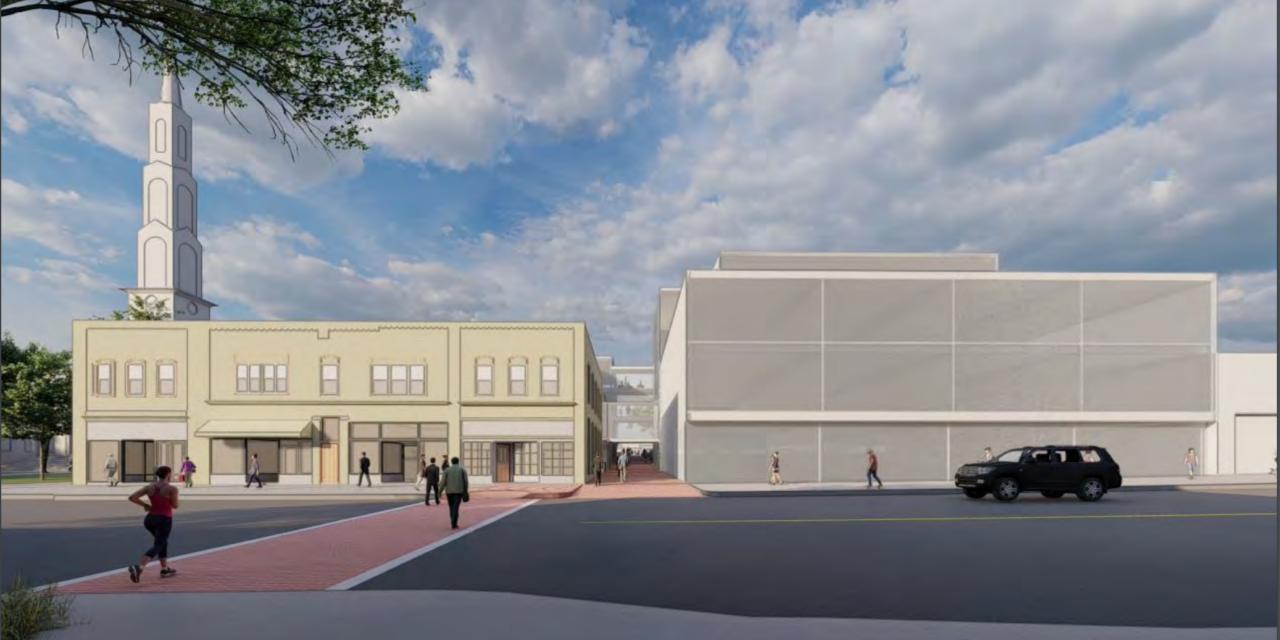 Project planners say the proposal aims to strengthen the economic vitality of downtown Chapel Hill and have more university programming. 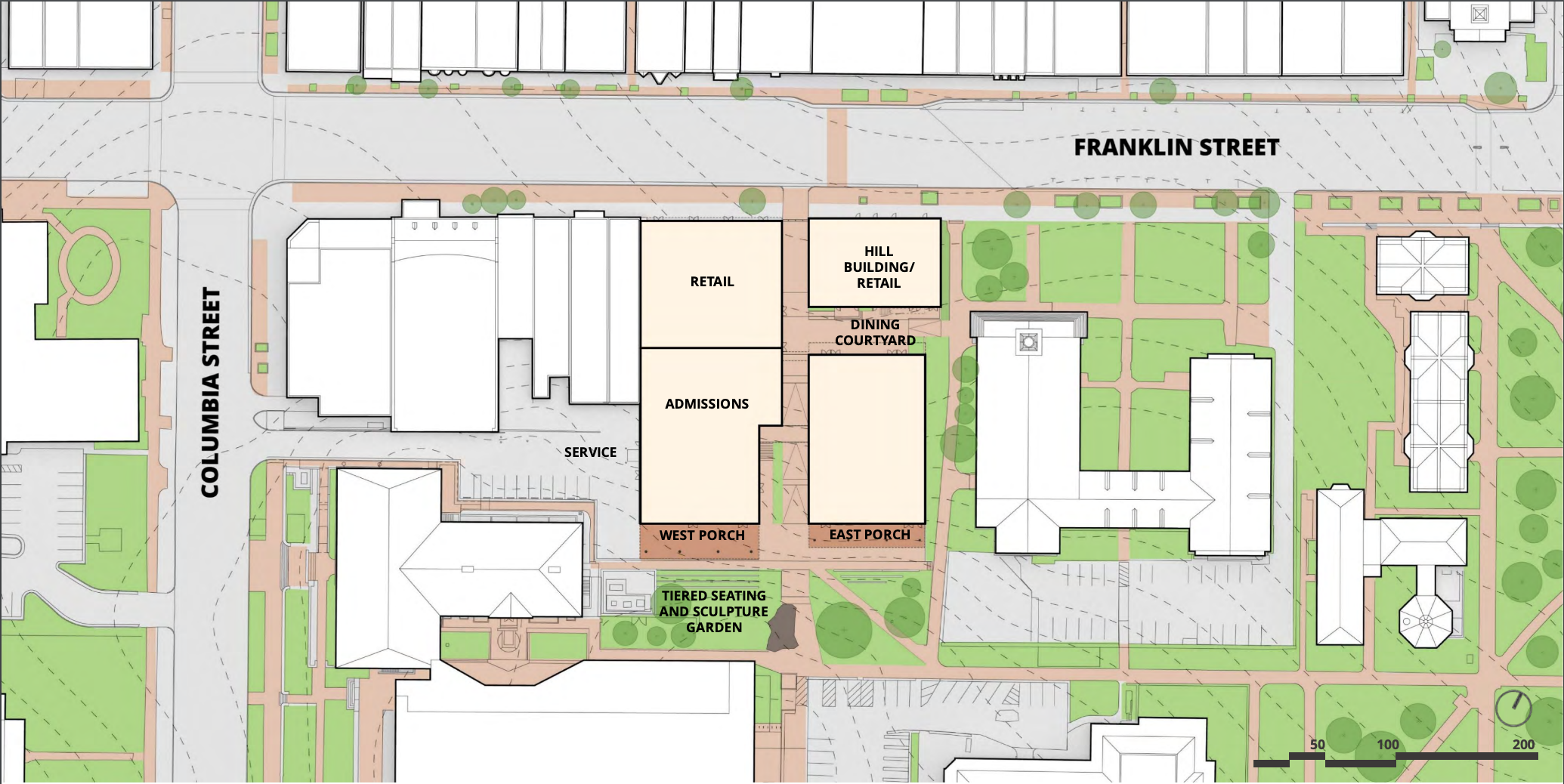 Relationship between building and site (KieranTimberlake)

The redevelopment will house undergraduate admissions, the UNC visitors center and other future university programming. Design plans include a dining courtyard, transparent pedestrian bridges between buildings, green spaces, a back porch area and a tiered seating sculpture garden.

The redevelopment plans envision the lower levels of the buildings as retail space with the upper levels as places for student-centered life active from morning until late night. This includes innovation spaces, maker spaces and student meeting spaces to supplement the student union. 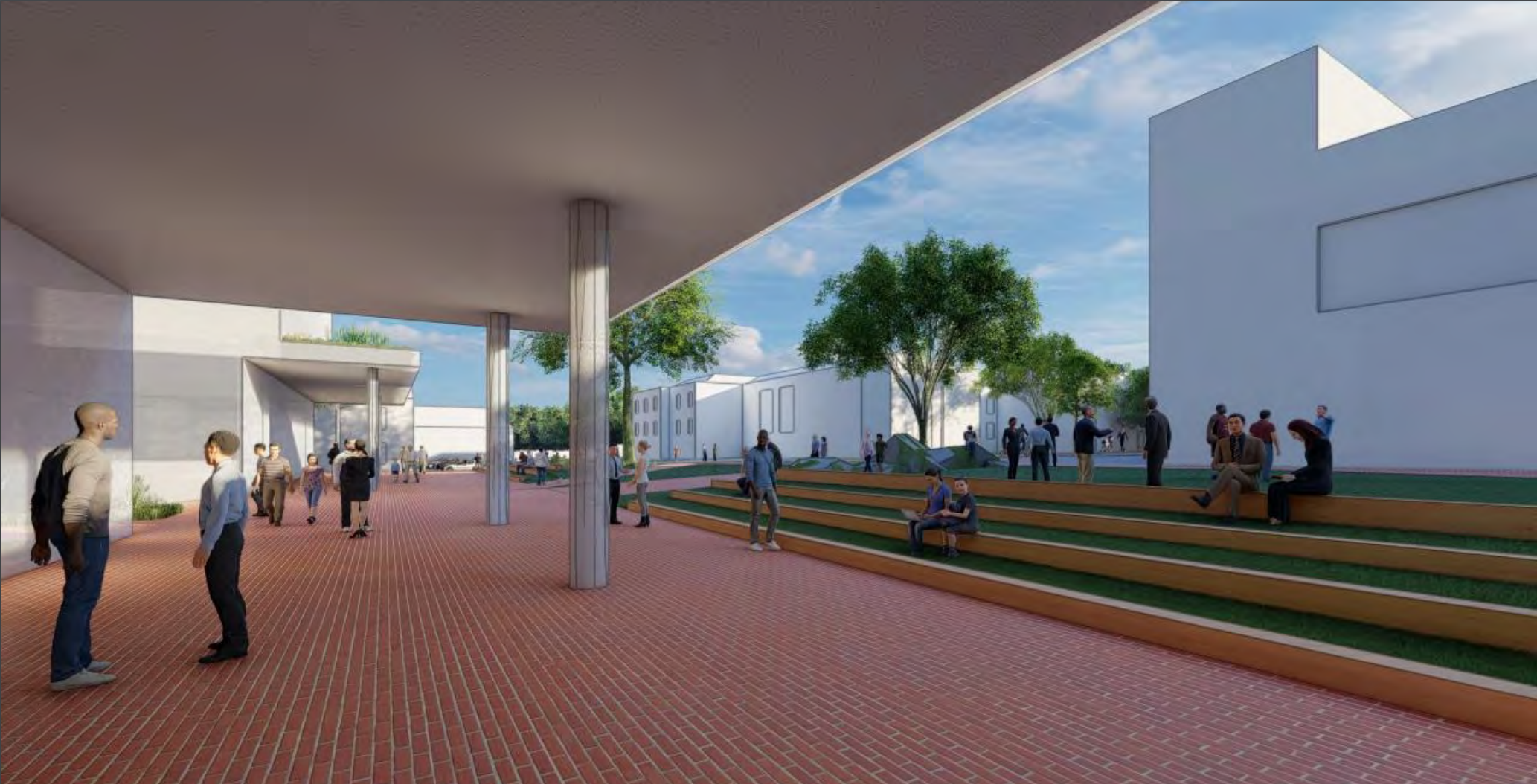 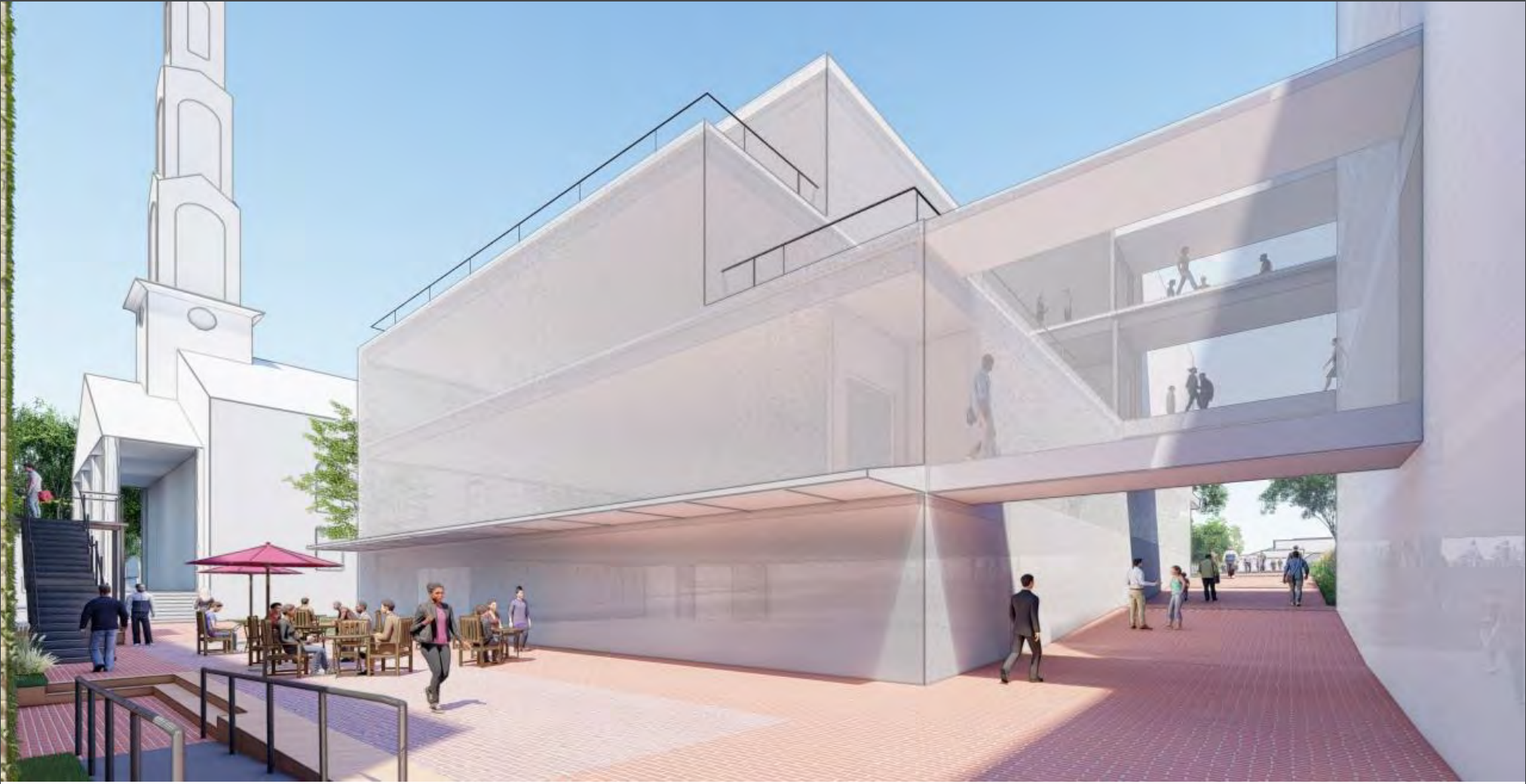 Richard Maimon of KieranTimberlake, the architectural firm behind the project, said the Porthole Alley site is an opportunity to explore themes within the 2019 Campus Master Plan. A key element of this is to strengthen the connection between downtown Chapel Hill and UNC.

Maimon said the site could be thought of as a gateway between campus and Franklin Street, which was part of feedback from the community in 2020.

“A vibrant student environment that would engage the students with the town in a more actively way than currently exists [is the goal,]” Maimon said. “Innovation infrastructure, a place for entrepreneurship and startup culture evident in the area and arts presence. Certainly, the relationship to the museum and dynamic use over time in a way beyond a nine to five – more like an 18 hour a day.” 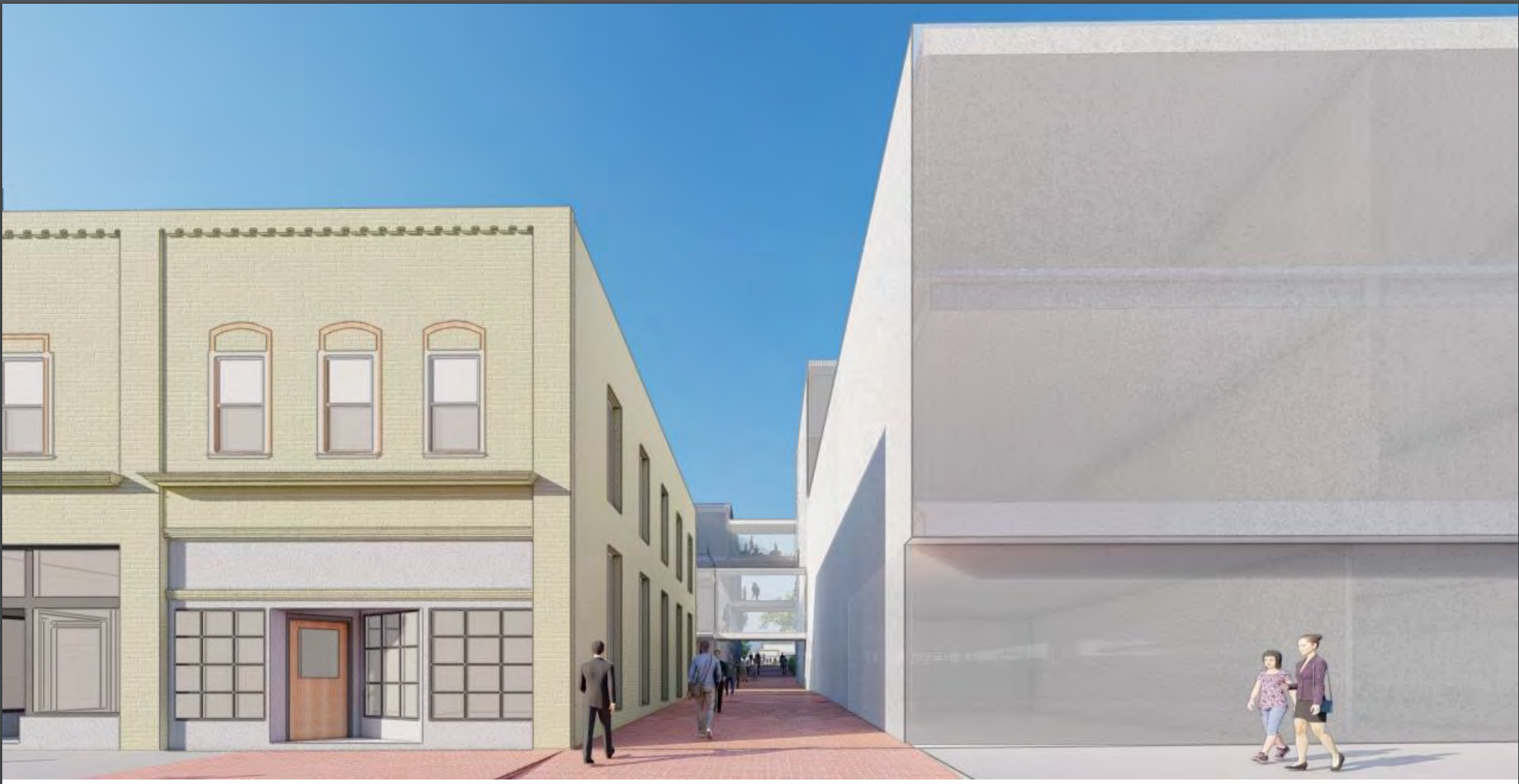 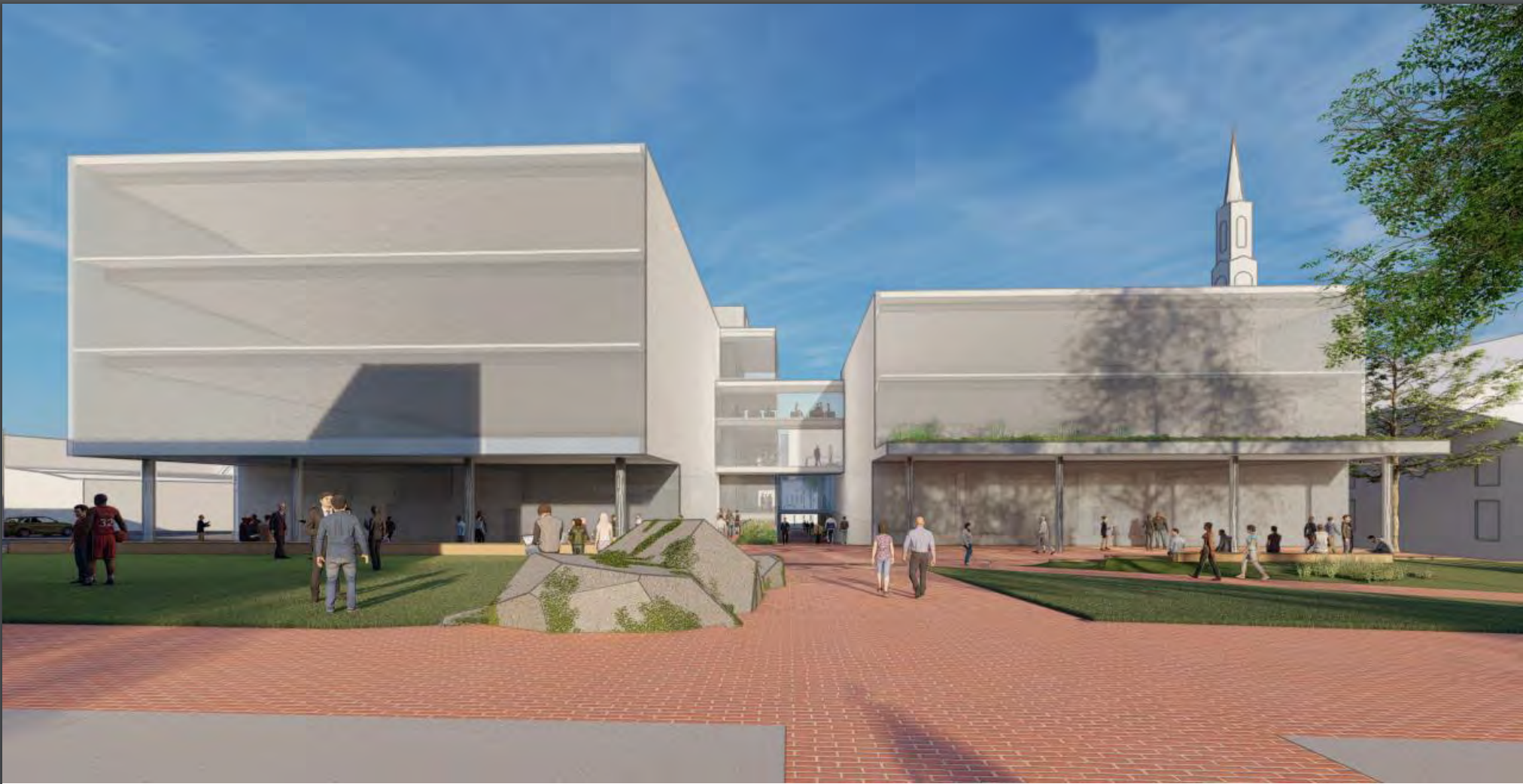 Jeff Hortman, a co-owner of Carolina Coffee shop, said the business has had open discussions with the university about the upcoming changes to Porthole Alley.

“One thing we communicated when we had the chance to have our voice heard,” Hortman said, “was the history of that building that the Carolina Coffee Shop is in and the length of tenure that that continually run restaurant for 100 years has to the community. It would really be important to us that we were able to maintain that legacy and that history.”

As the oldest continually running restaurant in Chapel Hill, Hortman said he wants Carolina Coffee Shop to continue to be a tradition for generations of Tar Heels and Chapel Hill residents. He knows, however, not all businesses within the 128 – 144 East Franklin block of Porthole Alley will be able to stay.

“It’s challenging, I’m sure to be in a position where you need to think through what the future will hold,” said Hortman, “and what various buildings are able to remain a part of that future vision.”

Businesses like Cosmic Cantina, Johnny T-Shirt and Salon 135 have unclear futures in the location.

Gordon Merklein, associate vice chancellor for real estate and campus enterprises, said the university has been in contact with those business and other impacted retailers to accommodate their needs when the time comes for their relocations.

“What we have pledged to them is that we’ll work with each of them individually,” Merklein said. “We have an ongoing dialogue with them about this project on a consistent basis.”

Merklein said some of those retailers have expressed interest in returning to the Porthole Alley location post-construction to occupy the renovated retail space.

Developers said the next step for the Porthole Alley Redevelopment Project will be engaging with the Town of Chapel Hill in early next year on the entitlement process and getting zoning approval. There’s no timeline for when businesses within Porthole Alley will need to relocate.

To learn more about the redevelopment plans for Porthole Alley, click here.