“Ephesus-Fordham” To Be Rebranded; Village Plaza Done In A Year 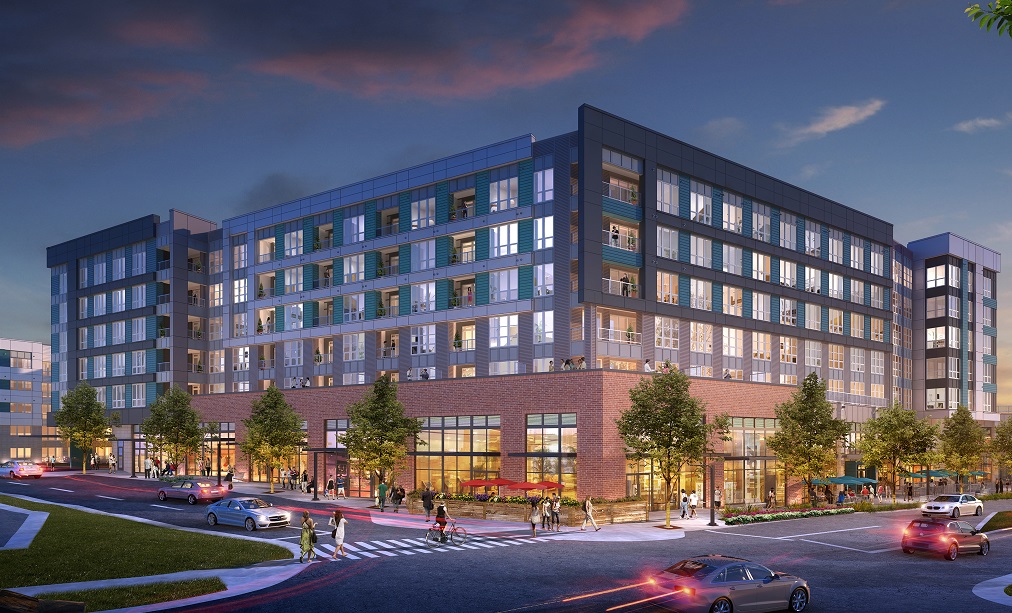 The crane has arrived and construction is under way on Village Plaza Apartments, the big project on Elliott Road that’s sparked an equally big debate this election season.

“Some of you may have noticed our crane showed up this week, the large crane that will start erecting the parking deck,” says Lee Perry of East West Partners, the developer behind Village Plaza (et al). “The deck will start going up this week, (and) we hope to have it done by early December.”

Village Plaza is the first major project in Chapel Hill’s revamp of the Ephesus-Fordham district. When it’s done, the complex will include 265 residential units and 15,000 square feet of retail – and Perry says it should all be finished in about a year.

“We’re pouring the podium slab now for the retail-commercial (units), and we expect to be delivering the first units of commercial space in August,” he says. “It’s tight, but we’re working towards meeting that goal – and then we’ll have a second phase that will complete the project (next) October.”

Village Plaza was the first project approved under Chapel Hill’s new development process for Ephesus-Fordham, a process called “form-based code.” The idea is to speed up the approval process by establishing development guidelines in advance and approving all projects that meet those guidelines – rather than having to examine every new proposal separately. Chapel Hill is trying the “form-based code” with Ephesus-Fordham, a district that town leaders have long argued is in need of major redevelopment.

Many local residents have objected to the guidelines, though – saying it allows for buildings that are too tall, doesn’t do enough to promote affordable housing or alleviate bad traffic, and doesn’t sufficiently address stormwater concerns in the flood-prone area.

That debate has been at the center of Chapel Hill’s 2015 municipal election, so Village Plaza has been something of a lightning rod. But construction is ongoing regardless – though Perry says when all is said and done, the project won’t be called “Village Plaza,” nor will the district be called “Ephesus-Fordham.”

Village Plaza Apartments – or whatever it’s going to be called – is going up on the site of a former movie theater on Elliott Road.