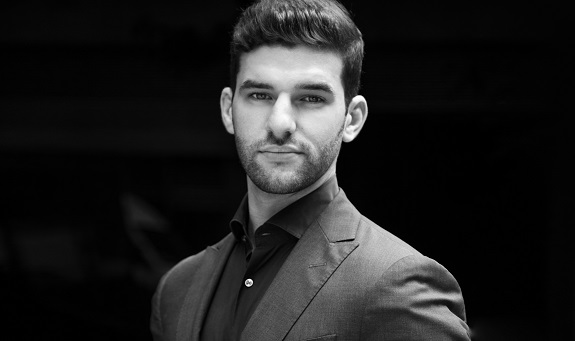 The challenges presented by the coronavirus pandemic have forced many industries to adapt the way they traditionally do business. Perhaps the most critical industry during this crisis is healthcare, an area where a recent UNC graduate has played a unique role in hospitals across the nation.

Andrew Royce graduated UNC in 2016 with a degree in African and Afro-American Studies, while also earning a minor in entrepreneurship. Now the CEO of his own global communications company called Voyce, he recently spoke with 97.9 The Hill’s Aaron Keck about what he and his company are doing to help out during the pandemic.

Voyce does have some clients in legal facilities and courts, but the majority of its clients are healthcare facilities and hospitals—where it provides on-demand translators for those who don’t speak English or have hearing impairments.

With the translating done primarily through iPads and smart phones, many hospitals are transitioning to using Voyce instead of on-site translators in order to limit face-to-face contact during this time where social distancing is king.

“Hospitals have found our application extremely useful, extremely practical and very efficient during this crisis,” Royce said. “Both for providing great services to their patients as well as reducing the number of folks in the hospital who possibly could get the coronavirus, or spread the virus. So, we’ve had enormous number of requests coming from our clients in need of our services and thankfully with our model we’ve been able to scale and service the demand.”

Royce got the idea to start his company when he was a senior at UNC and studying abroad in Montreal as part of the Fulbright Canada Program. Taking a class on social entrepreneurship and social impacts, Royce began working with refugee populations who had come to Canada primarily from Syria but also other parts of the globe.

It was through that process where he realized he wanted to find a way to help.

“I realized how difficult it is for them to come to a new country, a new city, completely start their lives over, so to speak, and learn the culture, the behaviors, the language,” Royce said. “In particular, the language was the biggest barrier for them to access, for example, healthcare services—getting vaccinations and flu shots and checkups. The language prevented them from taking that next step in healthcare and helping them advance their lives and their quality of life.”

As the company grew, he gained the Carolina Angels Network as an investor—meaning a large number of UNC alumni are current shareholders. In 2019 alone, Voyce helped conduct over a million calls while serving hospitals all over the world.

When it comes to the current crisis, Royce said the most difficult challenge has been losing the ability to build relationships and make connections in person. He credits social media for providing a platform where he can accomplish some of that, despite not being able to travel like he’s used to.

With the pandemic continuing to rage on–and Voyce continuing to gain traction in different places throughout the world–it’s those connections that will allow Royce to see out his vision.