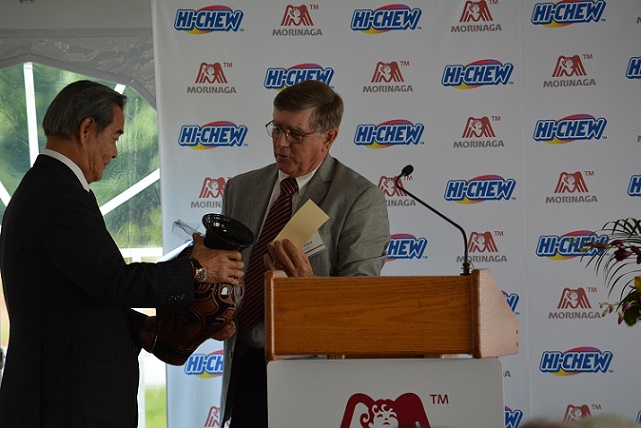 You may have seen the Japanese candy Hi-Chew on the shelves of stores like Target, CostCo and Walmart. It’s chewy, comes in a variety of fruit flavors and is now being made in North Carolina.

The building’s grand opening was celebrated Thursday by the company’s top executives, local and state officials and by Governor Pat McCrory, who is a personal fan of the treat. 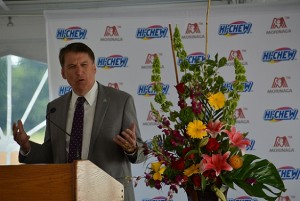 “I took every color and I’ve been eating it ever since. And now to have it made in North Carolina will mean a lot to our country and to our state.”

Beyond the governor’s fondness for the sweet, he said the facility is the beginning of what he hopes to be a long relationship with Morinaga.

The grand opening was held outside the new 120,000 square foot Hi-Chew factory in Mebane. During the ceremony, Morinaga’s president and CEO, Toshiaki Fukunaga, spoke about his experience working in North Carolina.

“When I began working here, I expected that North Carolina, Orange County and Mebane would be a wonderful environment, easy access and excellent workforce. After working here for two years, my expectations were surpassed and I now know that NC means ‘nothing compares.’” 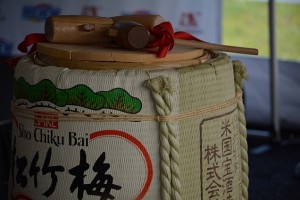 Morinaga’s $40 million investment has helped to employ over 80 people, and according to Mebane Mayor Glendel Stephenson, the company plans to continue expanding.

“They have plans to double this plant within the next few years. That’s going to double employment.”

Increased employment opportunity is a focus for Steve Brantley, the director of Orange County Economic Development.

“Let’s keep our focus on the ultimate benefactors of this kind of success which are these people that get jobs here.”

The event ended with a ribbon cutting ceremony and a traditional Japanese breaking of the sake barrel. The barrel was filled with Hi-Chew candy that Governor McCrory tossed into the crowd.

The factory is currently in production and is distributing Hi-Chew candies throughout North Carolina and the U.S.