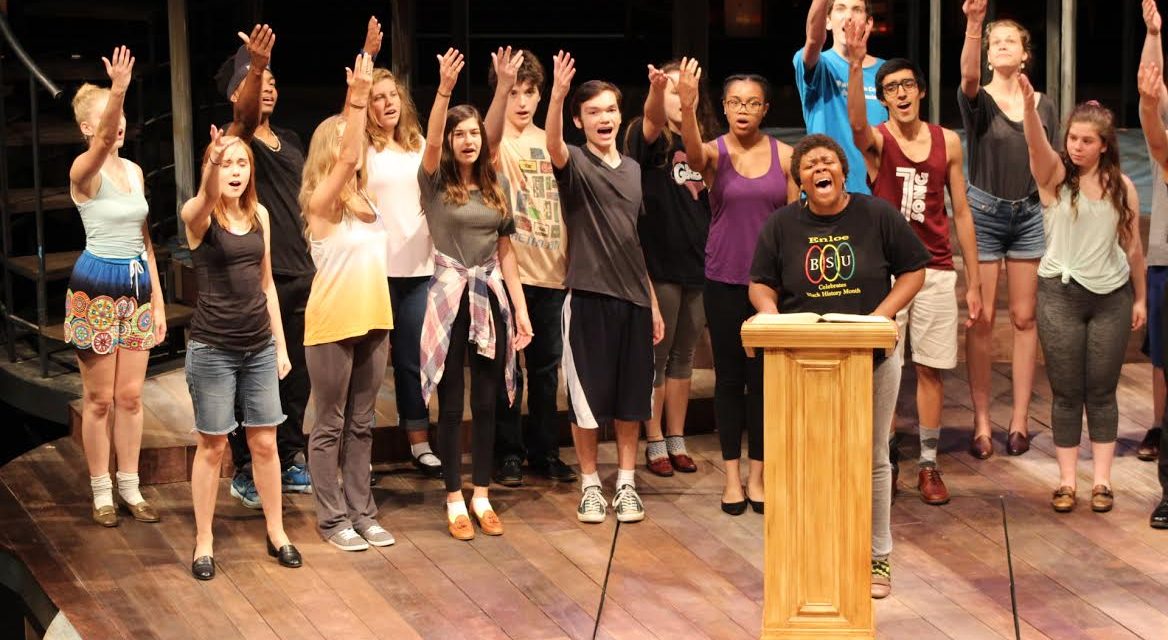 Twenty-three students from 17 different high schools have taken over Chapel Hill’s PlayMakers Theater. With opening night of their musical, ‘Violet’, just around the corner, the students of the Summer Youth Conservatory are putting the finishing touches on their rendition of the Tony Award-winning show.

This summer marks the tenth anniversary of the PlayMakers Summer Youth Conservatory – the intensive program that unites high school students from across North Carolina who share a love of musical theater.

‘Violet’ is the story of a young girl from North Carolina who seeks the healing touch of a TV preacher. 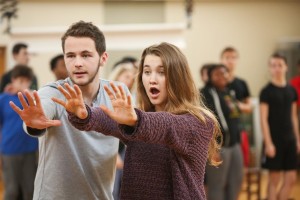 Thomas Cassidy as Preacher and Lili Whittier as Young Vi. Photo via Ken A Huth.

“The show is about courage and forgiveness and how far will you go to have a better life,” said director and choreographer Matthew Steffens.

The musical is adapted from a book by the late UNC professor Doris Betts, and covers a range of social issues and music genres – something Steffens said the students have explored and handled like professionals.

On this journey is Lili Whittier, a rising senior at Carolina Friends School, who plays Young Violet.

“I’ve been doing this program for the last three years and I honestly wouldn’t want to spend my summer any other way,” she said. 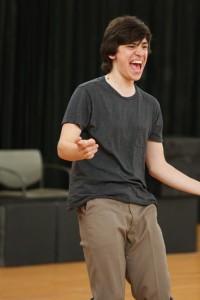 Wilson Plonk as Monty. Photo via Ken A. Huth.

Whittier is one of 100 North Carolina students who auditioned for the 23 roles in ‘Violet.’ Over the past five weeks, the cast of young actors has rehearsed seven hours a day, five days a week. Supported by professional lightening designers, costume designers, set designers and more, the students experience what life is like as working actors and technicians.

“It’s so great to go from a high school setting to a professional setting and to dedicate all your time to this one show,” said Carrboro High School senior, Thomas Cassidy, who plays the TV preacher.

One of Cassidy’s friends, Wilson Plonk, plays a soldier Violet meets on her journey. He says working in a professional environment will help him transition into the theater program at the University of Michigan where he will attend in the fall.

“This is something that is so invaluable for someone like me who is trying to go into the craft because it’s a glimpse of something you actually get to see in the real world,” Plonk said.

Together, the two actors agreed that the show is about self-acceptance. 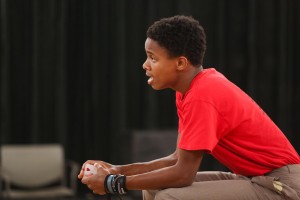 Presyce Baez as Flick. Photo via Ken A. Huth.

Presyce Baez is a Carrboro High School graduate, who in the fall, will be attending Dark Horse Institute in Nashville.

“It’s really been a huge honor to be here with all of these great people,” he said.

Baez said he’s found ways to relate the show’s themes to issues he sees today in the news.

“It talks about a lot of themes that we struggle with today like inner beauty, there are some racial issues that come up, and I think that’s something very present in today’s society.”

Whittier said despite some of the more serious themes, the show is about hope and faith and will leave the audience with plenty to smile about.

“Even though it’s set in the 60s, there are so many messages that can be drawn from it that you can apply today to your own life,” Whittier said. “Everyone will get something different which is why I think it’s so wonderful.”

The show runs July 20th through the 31st at the Paul Green Theater. More information can be found at Playmakersrep.org.