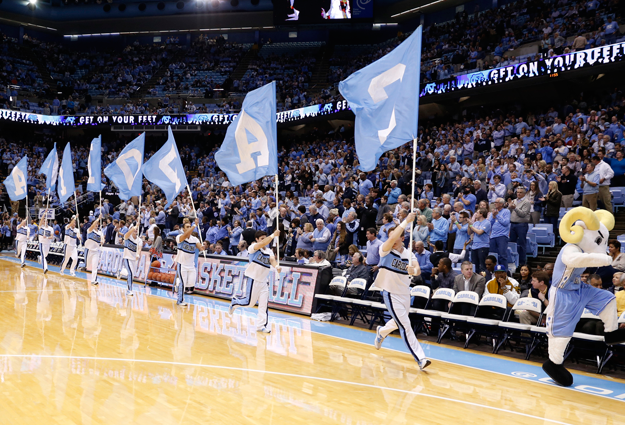 Before commenting on Carolina’s 2019-20 basketball slate, I thought I’d go to theACC.com to see the league’s composite schedule, particularly how it will handle the opening week with 15 conference teams. Going there, I was reminded why I rarely do.

For a $500 million athletic conference, the ACC has always had one lousy website. Slow to access on most computers and very confusing when you get there. For example, I wanted to see which would be the odd team out on the first week of the hoops season.

While 14 ACC teams play each other on November 5 and 6, what a surprise that Duke’s first league game isn’t until a month later. Sure, the Blue Devils open the season on national television against Kansas on a neutral court, but why do they get a month to work on their newest young lineup before playing an ACC game?  By the way, did you notice that the first UNC-Duke match-up is on a Saturday this season, with a 6 pm start?

After seeing that the composite schedule has Carolina playing at Virginia on BOTH December 6 and 7, I went to UNC’s website to make sure a two-game road series wasn’t added to the 20 league games as another new twist. It was an ACC.com glitch, surprisingly.

Anyway, I like the 20 conference games and opening with an ACC opponent. Let’s get the dad-gum thing started right away. All the teams have shortened preparation time, except Duke, of course, so playing league games so early shouldn’t matter, except I am sure Coach K likes it that way. Frankly, I think the ACC should go to 28 games so it’s like the old eight-school home-and-home round-robin on steroids.

The Tar Heels start with Notre Dame, which will be picked in the ACC’s second division, in the Smith Center on November 6. That will be a barometer game considering Carolina has six new players on the roster. That’s followed by three non-conference dates that aren’t exactly cupcakes – at UNC-Wilmington to play C.B. McGrath’s squad and back home for High Point and Elon, both capable foes.

The schedule after that is a bear – three Power 5 tests at Atlantis, Ohio State in the ACC-Big Ten Challenge, at Virginia at least once, Wofford in Carmichael, at Gonzaga and UCLA in Las Vegas; then home for four straight games, three against ACC teams that probably won’t challenge for the regular-season title.

Unlike last year, the Heels’ four ACC road-only games are all against conference contenders, a subtlety making their 2020 task even tougher.