From 76 Koozies to Two Cars: Would You Like To Trade?

Students in the Business 500 class at Kenan-Flagler started with 76 koozies and want to finish with two cars by December 5th. Their story lured me out of retirement as a columnist for Chapelboro.com.

Did you read about the red paper clip guy? He had lots of ideas and plans, but wasn’t making any money. Then he remembered a game he played as a kid called “bigger and better.”

Why not do that now?

Right then and there, he made an official decision to play “bigger and better,” looked down on his desk, saw a red paper clip and decided to start with that.

After months of delays and excuses, he finally got started by posting a picture of the red paper clip on his blog and in the barter section of Craigslist, asking if anyone wanted to make a trade for something bigger or better. His goal was to keep trading up until he got a house.

Students in Jim Kitchen’s Business 500 Entrepreneurship course at Kenan-Flagler Business School were inspired by this story. If one person could get a house with one red paper clip, what could the 76 of them do?

So they are now in the midst of their own Trade Up exercise.

Each student started with a Koozie, and is working on Trading Up for products or services with a higher perceived value. Their goal is to trade up and up and up until they have two cars to help two women in need of reliable transportation. You can read about these two women here.

In addition to working for a good cause, the exercise is helping students explore concepts of value perception, sales, marketing and branding, while also honing execution and leadership skills.

Sophomore Joey Skavroneck says Business 500 is his favorite class because it’s not just about text-book learning…it’s about learning new ways of thinking. “It’s been huge,” he said, “to learn about the importance of creating value in people’s lives.”

He continued, “The Trading Up project is not only a great cause, it also makes us think about our resources, how they may help others and how to create a product out of it – a product that will make someone else’s life easier.”

How is the class doing on their goal of trading up to make life easier for these two women?

All 76 koozies have been traded for other items, which are now ready to be traded. Items include a new Kindle Fire, a lovely necklace, a 6 month subscription to the Wall Street Journal, a North Face jacket, a 23 inch Samsung monitor, plus dozens more. 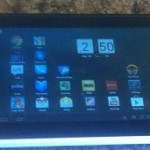 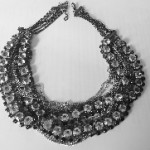 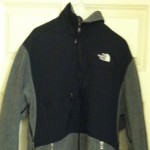 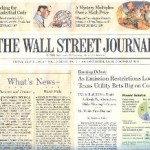 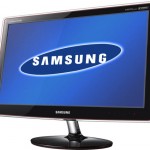 You can see all the items up for trade by visiting TradeToHelp.com

There are bound to be some things listed that you’ve been wanting or needing for quite some time now. And here is your chance to get them without spending a cent. At the same time, you can get rid of something at your house or office that’s been sitting there for a while, doing nothing but collecting dust. A gift certificate, a kayak, a set of golf clubs, a golf cart – or maybe even a car.

If you do have something big like a car, feel free to suggest a bundle of some kind, like trading your car for the five items pictured above plus others on the site.

Take a look at the available items. Make a trade. Make another trade.

It will help you, your storage space and the environment.

It will help two individuals get the transportation they need to do their work.

It will help 76 students learn cool lessons about business and life.