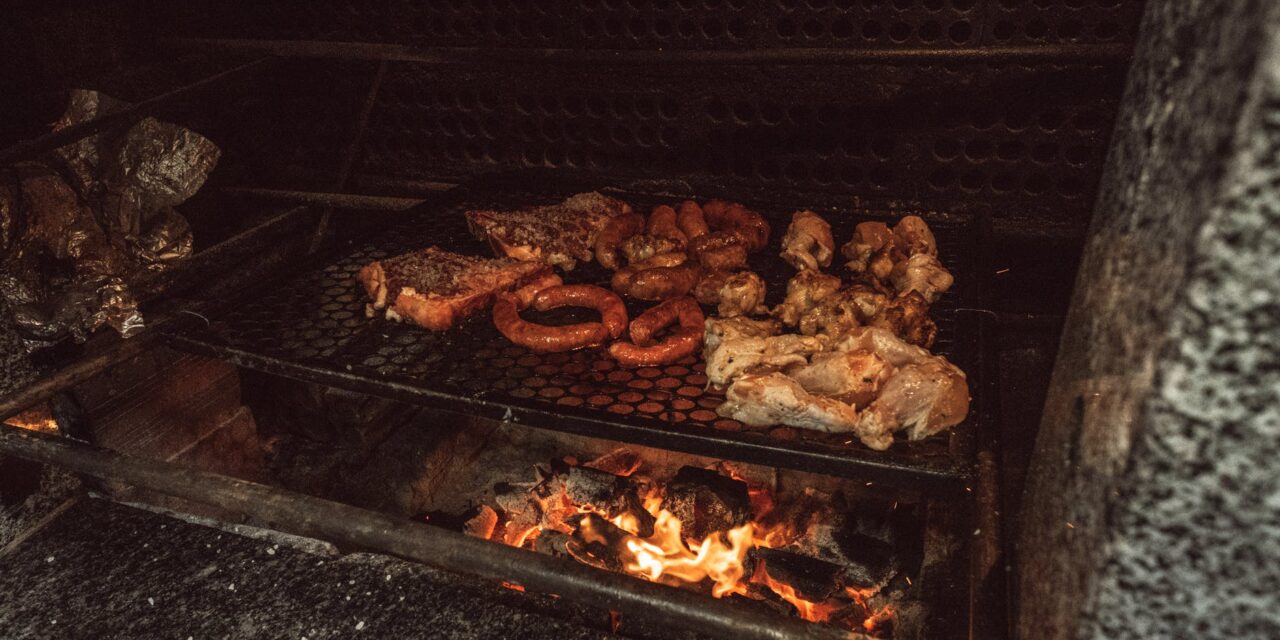 Is Black barbecue better than what white people prepare?

A new book by a respected Black food writer raises that question and names two North Carolina Black-owned barbecue joints as his favorites.

“Black Smoke: African Americans and the United States of Barbecue,” by Adrian Miller, suggests that the story of the American tradition of barbecue cannot be told without attention to great numbers of Black pit masters.

He writes that “a general consensus emerged in the late 19th century that African American barbecuers made the best and most authentic barbecue.”

Even racist whites, he says, loved Black-made barbecue. “During the reign of Black barbecuers, barbecue was largely represented in the media as hardy, messy, working-class food that was the delicious result of extensive, exhaustive, and specialized menial labor. And though what these Black barbecuers did often absolutely fit the definition of culinary craft, it was rarely typically presented that way to the larger public.”

When you see Backyard’s “rustic” building about a mile from the intersection of N.C. 54 and N.C. 55., maybe you will agree that it is like the unpretentious location in Netflix’s still popular “House of Cards” where Freddie Hayes served up racks of ribs to the fictional South Carolina congressman and soon-to-be-president Francis Underwood, played by Kevin Spacey.

I went there and ordered a “working man’s” special barbecue sandwich with hushpuppies and baked beans. The hushpuppies counted as one vegetable. I paid $4.99 plus $1.29 for a small glass of iced tea. A delicious bargain.

“It is a family corporation,” Marquis Egerton II, a family member, explained. “We’re taking small salaries and have faith that the hard work we’re doing now will build up value for our family.” Marquis’s uncle Melvin Simmons is the family patriarch and head chef. Sometimes called “Big Paulie,” he brought all his expertise about how to cook barbecue over hickory and oak coals, not to mention his recipes, to the enterprise back in 2007, when this large family took over a former A&W Barbecue location.

The restaurant is not slick – it is just the opposite, deliberately, like an old roadside café from 75 years ago. The walls are covered with magic-marker comments from prior customers attesting to the good food. “We are a barbecue restaurant, but we serve lots of other foods that our customers enjoy.”

Though the decor is far from fancy, there is something hanging on their wall that many popular barbecue places lack: a certificate from the Campaign for Real Barbecue attesting that the Backyard meets the standards of the very few barbecue restaurants that cook their barbecue slowly over wood coals.

I should have included Grady’s in “Roadside Eateries.” But it seemed too far from the main highways. Big mistake. Grady’s is in Dudley, just a few miles south of Goldsboro and only a 15-mile detour from I-40 on U.S. 117.

Steve Grady, 86, and his wife, Gerri,76, have been owning and running Grady’s since 1986. In addition to the classic barbecue Mr. Grady cooks slowly over hot coals in the pit building behind the restaurant, there is, thanks to Mrs. Grady, a full menu of home cooked black-eyed peas, cabbage, butter beans, and coleslaw, so good that some visitors simply order a vegetable plate.

Mr. Grady has been talking about retirement for a long time. So, if you want to eat at the state’s only Black-owned, wood-coals-cooking, whole hog restaurant, you had better hurry.