This Just In: More Receipts

This Just In – The Justice Department has presented more receipts. It’s clear that for public safety and the integrity of the department, no indictment of Donald J. Trump will be made public until after the midterm elections. Something else is equally clear after this week’s filing by the DOJ (on the question of a Special Master): There is a massive case against the former president.

Trump may be a civilian now, but he represents a great big problem for the DOJ in conducting its criminal investigation. That problem is both simple and curiously complicated: He can’t seem to shut up.

Were it not for his announcement of the FBI executing a court-ordered search warrant, we would not even know about it. In the intervening three weeks, he has done little else other than lie and distract about how the search was done and make many excuses for why he had our documents – all of which belong to the National Archives, not to him.

He doesn’t have them.If he does have them, they’re his because of executive privilege.Sure he has them, but they’re not classified.If they’re supposed to be “secret”, why did the FBI post photos of them?!

All of it is nonsense and all mixed in with dozens of social media posts of QAnon straight-up bat-sh*t crazy conspiracy theories and calls for the murder of the current leaders in our government. This is a vexing problem: A person who has clearly already incited a violent attack on the federal government is doing everything you would expect to trigger another one – all for his behalf. The DOJ, meanwhile, must still protect his rights.

Just a small side issue … he is raising an estimated $1 million daily for a fraudulent “legal defense fund.” This has been the most profitable enterprise ever conducted by Trump.

He still makes appearances at rallies where he declares himself to be the duly elected president and continues claiming that the current president, Joe Biden, is a criminal.

His followers are one problem. Here’s another – a sitting United States Senator, Lindsey Graham of South Carolina, said on television on Sunday that there would be “riots in the streets” if Trump is prosecuted. To drive the point home, he said it twice.

In August of 1974, Richard Nixon was driven out of office when his abuse of power and obstruction of justice was revealed by Senate hearings. Senator Strom Thurmond (R-SC) did not promise riots in the streets if Nixon was prosecuted after leaving the presidency. No senator has said something so inflammatory, so disgraceful.

So Graham tried to back away from it later in the week, saying that he was talking about the American People losing faith in the justice system if Trump is prosecuted, but Hillary Clinton was not. It’s quite the baloney sandwich filled with “whataboutism,” but I’ll just mention this little tidbit … Hillary’s Clinton’s mishandling of classified material was evaluated by the Justice Department and determined to be accidental. She cooperated fully and turned over every document in question immediately. The comparison is laughable and Senator Graham knows better, but he is serving up this BS anyway.

In its recent filing, the Justice Department submitted photographs of these documents (their contents digitized out) to demonstrate how they found them – scattered about and carelessly stored. Now the reporting is pouring out of Trump repeatedly bragging to various people (while in office) that he had intelligence on the personal life of French President Macron.

If you want evidence of Macron’s flirty nature, just flip through some of the pictures of him and Melania Trump, with Donald in the background, looking like someone is stealing his bicycle while he’s riding it.

When President Biden addresses the nation tonight, it will be to draw a bright line in the sand. He’s going to outline how it will work that his government will keep us safe from a dangerous demagogue. This will be difficult without discussing the case against Trump … because its tentacles are everywhere, but it’s critically important that all the mechanisms that ensure free and fair elections be protected. The effort of Trump’s followers to discredit these processes and the institutions of law enforcement at every level must fail.

We have to protect our election workers, elected and volunteers, our librarians (archivists), our school boards, our elected members of municipal government, public health and our local law enforcement. Hold them accountable? Absolutely. These people are under an intolerable level of threat for doing their jobs and it’s going to take all of us to stand up for them while they stand up for us. 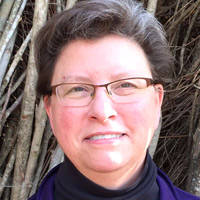 Jean Bolduc is a freelance writer and the host of the Weekend Watercooler on 97.9 The Hill. She is the author of “African Americans of Durham & Orange Counties: An Oral History” (History Press, 2016) and has served on Orange County’s Human Relations Commission, The Alliance of AIDS Services-Carolina, the Orange County Housing Authority Board of Commissioners, and the Orange County Schools’ Equity Task Force. She was a featured columnist and reporter for the Chapel Hill Herald and the News & Observer.

Readers can reach Jean via email – jean@penandinc.com and via Twitter @JeanBolduc