One on One: Lightning Striking Twice 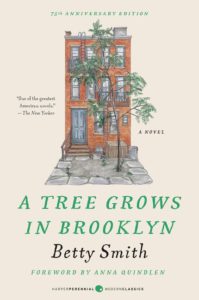 “A Tree Grows in Brooklyn” by Betty Smith

Do you remember the important North Carolina connection to “A Tree Grows in Brooklyn,” one of America’s most loved novels?

The book was written in North Carolina.

Although its author, Betty Smith, based the novel on her experience growing up in Brooklyn, she wrote the book in Chapel Hill. As a struggling divorced woman with two children, she found work at the university until Harper & Brothers published her best-selling book in 1943.

It usually happens the other way, with the southern writer moving to New York to write. 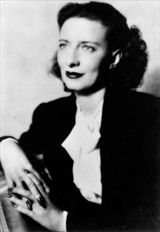 So you would have to think that this Brooklyn to North Carolina story is something special, one not likely to happen again. Surprise! It will happen again next Tuesday, March 5, when White’s publisher, now HarperCollins, releases “A Woman Is No Man,” the debut novel of Etaf Rum.

Rum’s Palestinian immigrant family and neighbors in Brooklyn in the 1990s and 2000s are not the same as White’s families whose roots were in western Europe.

Still, both books deal with women’s struggles to make their ways in families and communities dominated by men.

The central character in the first pages of Rum’s book is Isra, a 17-year-old Palestinian girl whose family forces her into marriage with an older man, Adam. He owns a deli and lives with his parents and siblings in Brooklyn. Adam and Isra move into the family’s basement. Isra becomes a virtual servant to Adam’s mother, Fareeda, who pushes the couple to have children. She wants males who can make money and build the family’s reputation and influence. When Isra produces only four children, all girls, she is dishonored by Fareeda. Adam beats her regularly.

The central character of the second part of the book is Deya, Isra and Adam’s oldest daughter. Because Adam and Isra have died, Fareeda raises the children. Following the community’s customs, when Deya is a high school senior, Fareeda looks for a Palestinian man for her to marry. Deya wants to go to college, but she is afraid to bolt her family and the community’s customs. She knows of women who have stood up against male domination and then faced beatings and even death.

“A Woman Is No Man” is fiction, but it is clearly autobiographical. As such, Rum explains, the book “meant challenging many long-held beliefs in my community and violating our code of silence.”

“Growing up,” she writes, “there were limits to what women could do in society. Whenever I expressed a desire to step outside the prescribed path of marriage and motherhood, I was reminded over and over again: a woman is no man.”

She writes that “what I hope people from both inside and outside my community see when they read this novel are the strength and resiliency of our women.” 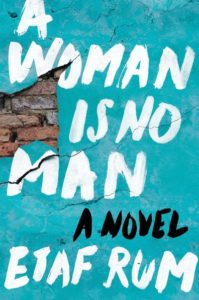 “A Woman Is No Man” will stir readers for other reasons too.

Its themes of conflict between a drive for individual fulfillment and the demands of community and family loyalty are universal.

Readers who have given up some life ambition because it conflicted with a family or community expectation will identify with Isra and Deya. So will those who have lost family ties when they breached community norms.

The author’s well-turned and beautiful writing makes reading a pleasure.

Finally, her careful, fair-minded, sympathetic descriptions of complicated and interesting characters give the story a classic richness.

Whether or not “A Woman Is No Man” becomes a bestseller and attains the beloved status of “A Tree Grows In Brooklyn,” it will, in the view of this reader, surely be a widely appreciated treasure.

Note: Rum will be appearing at Quail Ridge Books in Raleigh on March 5th at 7 p.m. and Flyleaf Books in Chapel Hill March 6th at 7 p.m.