One on One: Built By Fire and Stone 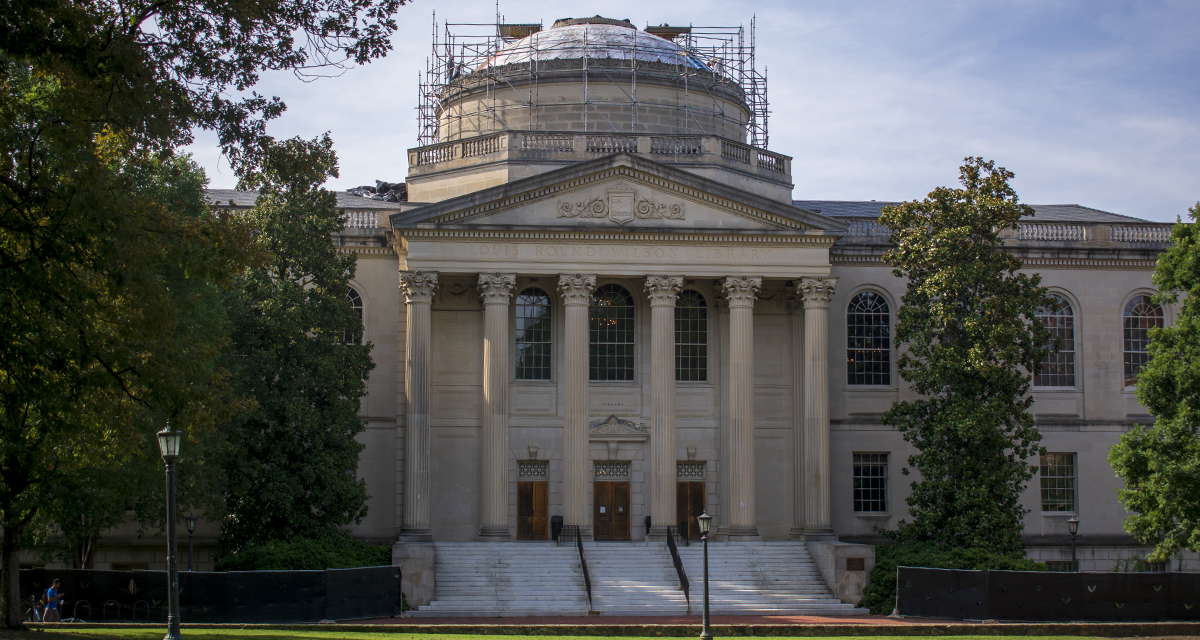 Leaders of the University of North Carolina often use this language to embrace a wider partnership with the entire state.

The words came from a University Day speech by Edward Kidder Graham, although he used the term “co-extensive” rather than “coterminous.”

Graham was UNC’s president from 1913, when he was named acting president, until his death in 1918, a victim of the flu epidemic that scorched the nation at the end of World War I.

In his recent book, “Fire and Stone: The Making of the University of North Carolina under Presidents Edward Kidder Graham and Harry Woodburn Chase,” Greensboro author Howard Covington explains how the “fire” of Graham and the “stone” of his successor Chase transformed UNC from a quiet liberal arts institution into a respected university equipped to provide an academic experience that prepared students to participate in a growing commercial, industrial, and agricultural New South.

At the time Graham became president, approximately 1,000 students were enrolled at the university. The campus consisted primarily of a few buildings gathered around the South Building and Old Well. Classrooms and living quarters were crowded and in bad condition.

In his brief time as president, the youthful and charismatic Graham pushed the university to reach out across the state. Speaking at churches, alumni gatherings, farmers’ groups, and wherever a place was open to him, he preached that universities should help identify the state’s problems and opportunities and then devote its resources to respond to them.

Graham’s ambitious plans to transform the university were interrupted by World War I when the campus and its programs were disrupted and then commandeered by the military.

His death shortly after the war ended left the university without a magnetic and motivational figure to carry out his plans and vision. That task fell upon Henry Chase, a native of Massachusetts who had gained Graham‘s trust as a teacher and talented academic leader.

Although he did not have Graham’s charisma, Chase had something else that made him an appropriate successor to the visionary Graham. He had an academic background and a talent for recruiting faculty members who supported Graham’s and Chase’s vision.

Building on Graham’s plans and the enthusiasm that had been generated, Chase took advantage of the public pressure on the legislature to secure the resources to expand the campus. He organized and found support for university programs that included the graduate and professional training needed to serve the public throughout the state, as Graham had hoped.

By 1930, when Chase left UNC to lead the University of Illinois, the UNC campus had more than doubled in size, and the student body approached 3,000 including 200 graduate students. His successor, Frank Porter Graham, was Edward Kidder Graham’s first cousin.

Chase’s ride to success had been a bumpy one. For instance, in 1925, about the time of the Scopes-evolution trial in Tennessee, Chase faced a similar uprising in North Carolina from religious leaders who attacked the university because some science instructors were teaching Darwin’s theory of evolution.

The state legislature considered and came close to passing a law to prohibit teaching of evolution.

Chase respectfully countered this attack, always emphasizing the point that Christianity was at the university’s core. His strong defense of freedom of speech gained him admiration of the faculty and many people throughout the state.

Covington writes that Chase “took the flame that Graham had ignited and used it to build a university and move it into the mainstream of American higher education.”

Without Graham’s fire and Chase’s stone, UNC would not have become what it is today, one of the most admired universities in the country.