One on One: Biden’s Reelection Campaign 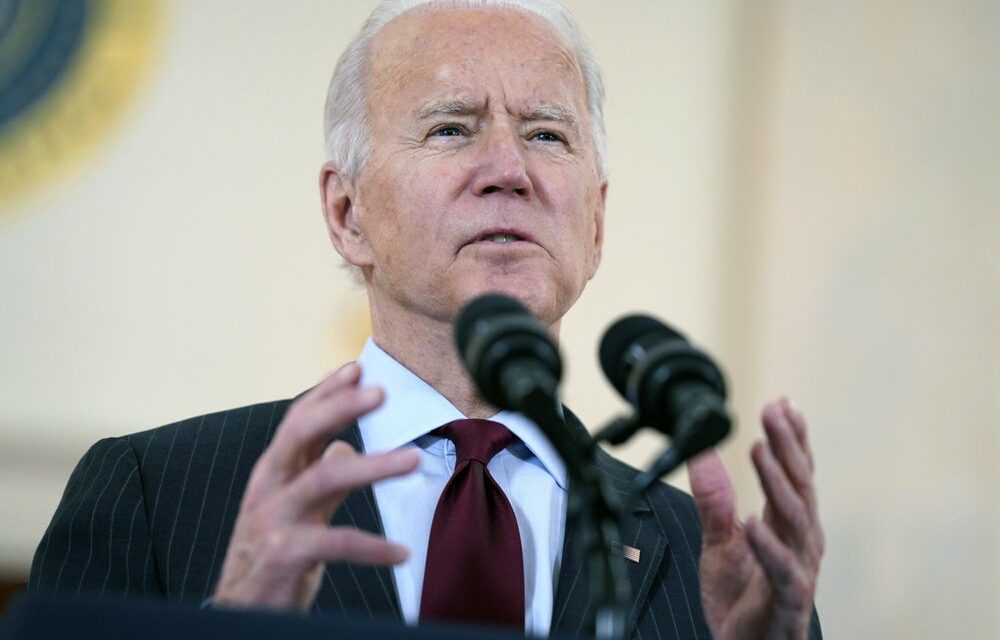 What is going on?

President Joe Biden is on primetime television almost every day.

He looks into the camera directly, seriously, and calmly explaining the country’s challenges and possible solutions. He has a near monopoly on network news coverage and the non-Fox cable news/opinion channels.

The free news coverage is priceless.

Ask former President Donald Trump. He could tell you how coverage of his rallies and his use of social media gave him a unique edge in his two runs for the presidency.

Democrats and progressives are loading up paid TV message ads that promote Biden’s programs and portray him as calm, cool, collected, competent, and healthy.

Certainly, this media campaign is designed to secure and sustain public support for Biden and his proposed economic recovery legislation.

Also, it is certainly designed to bolster Democratic chances in the 2022 mid-term congressional elections.

Still, with Biden everywhere, you could believe that the 2024 presidential campaign has begun.

And Biden is running hard.

I remember thinking during the 2020 Trump-Biden contest that Biden, at 78 years old when he took office, would only be a “bridge” president. After beating Trump, he would, at age 82 in 2024, step aside for a younger Democratic candidate who would secure his legacy.

It might be Vice President Kamala Harris or another popular senator, governor, or other high office holder.

The problem with this scenario is illustrated by the losing campaigns of Al Gore, Bill Clinton’s vice president, in 2000 and Hillary Clinton, Barack Obama’s first term secretary of state, in 2016.

Neither Gore nor Hillary Clinton could win an Electoral College victory, even though Bill Clinton and Obama, arguably, would have won reelection had they been permitted to run.

Will Biden really run again? Here is what he said at his first news conference as president, “My plan is to run for reelection. That’s my expectation.”

But he also said, “I’m a great respecter of fate. I’ve never been able to plan four and half, three and a half years ahead for certain.”

Biden asserts an intent to run again so he is not perceived as a lame duck who loses the influence, authority, and sway that belong to a president who could be elected to another term. But he seems to be preserving the option to change his mind.

Whether or not he runs again, Biden has been running for president most of his life.

Some remember a North Carolina connection to his decades-long series of presidential candidacies.

As I reported earlier, in 1986 I was the Democratic candidate for the U.S. Congress in a district that had been represented by Republicans for many years. The race was close. Lots of senators and members of Congress came to campaign with me. I loved hobnobbing with famous political personages like Jim Wright, Claude Pepper and Charles Rangel—and future presidential candidates Bill Bradley, Dick Gephardt, and Gary Hart. But these visits often drove our campaign volunteers crazy trying to figure out how to readjust our campaign schedule, develop an “appropriate” program for them, and gather respectable crowds to greet them.

One of these visitors was Senator Joe Biden, then in his mid-40’s. His staff gave our campaign scheduler Marcia Webster only a day or two to prepare. She called some of the loyal supporters who never said “no” even to the most challenging requests.

One of these, Brenda Barger, remembers that she and her husband Hugh hosted a small group at their farm near Davidson. Mayor Russell Knox and College Union director Shaw Smith came to meet Biden and hear him talk about a run for president some day.

I lost that congressional election, but we learned that Biden was energetic and focused, traits that will serve him again if he runs in 2024.

THE FIRST 3 SUNDAYS IN DECEMBER ON FRANKLIN ST