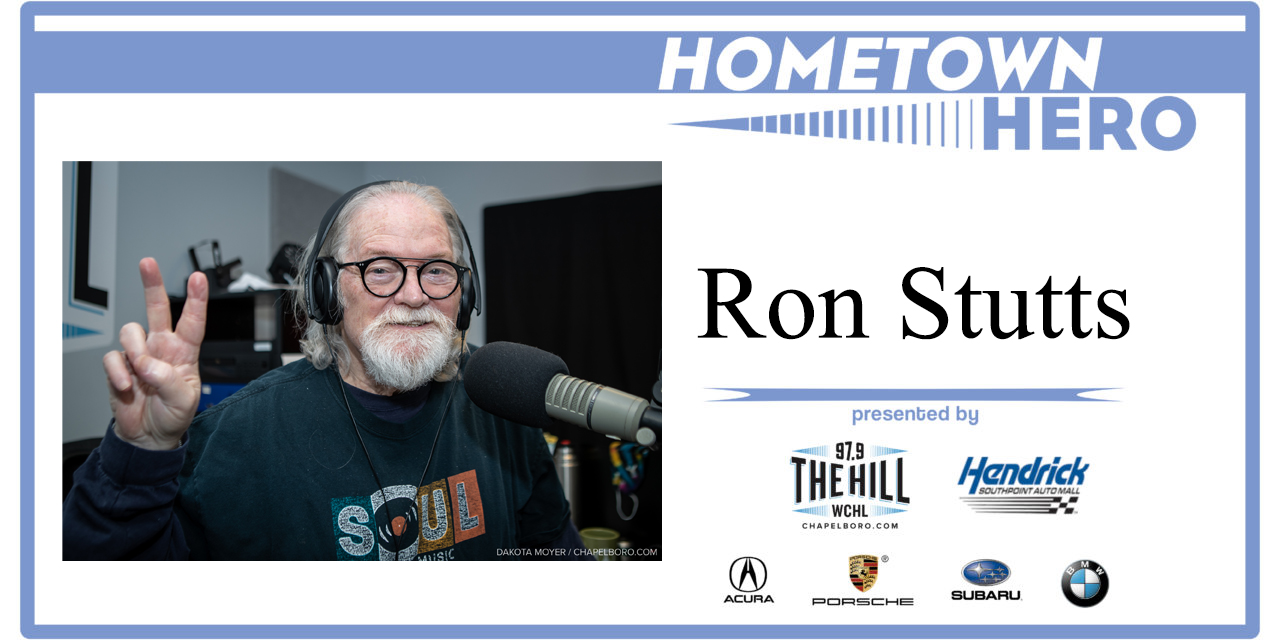 This week’s Hometown Hero, presented by Hendrick Southpoint, is none other than 97.9 The Hill’s Ron Stutts.

Stutts is heading into retirement after a legendary 43-year career of being the morning voice of 97.9 The Hill and waking up Chapel Hill.

Stutts has been a familiar face in the local community, on stage at both Chapel Hill’s Fourth of July fireworks festivities at Kenan Stadium and Carrboro’s Family Fourth celebrations, as well as emceeing too many local events to count over his long career — including officiating a wedding or two!

With Ron’s Grand Finale this Friday, we are giving out I Woke Up with Ron Stutts coffee mugs, limited-edition commemorative posters designed by Anna Griffin, and sunglasses from 97.9 The Hill. Every day this week tune in to The Aaron Keck Show at 5:20pm for your chance to win! pic.twitter.com/fB5iEVLWIB

A recipient of five Radio Personality of the Year awards from the North Carolina Association of Broadcasters, Stutts has been in Chapel Hill for many moments in UNC athletics history. During his tenure, he’s seen five UNC basketball championships, numerous football bowl games, and now both of Mack Brown’s tenures with the Tar Heels.

“While I know I will miss waking up the Chapel Hill-Carrboro community every weekday, I look forward to being able to sleep later each day,” Stutts said. “And I’m not going anywhere. Chapel Hill is my home; I’ll still be living here…so I’ll see you around. I just won’t ‘see you on the radio!’”

Listen to residents of Chapel Hill, Carrboro and Orange County congratulate Ron on his retirement: