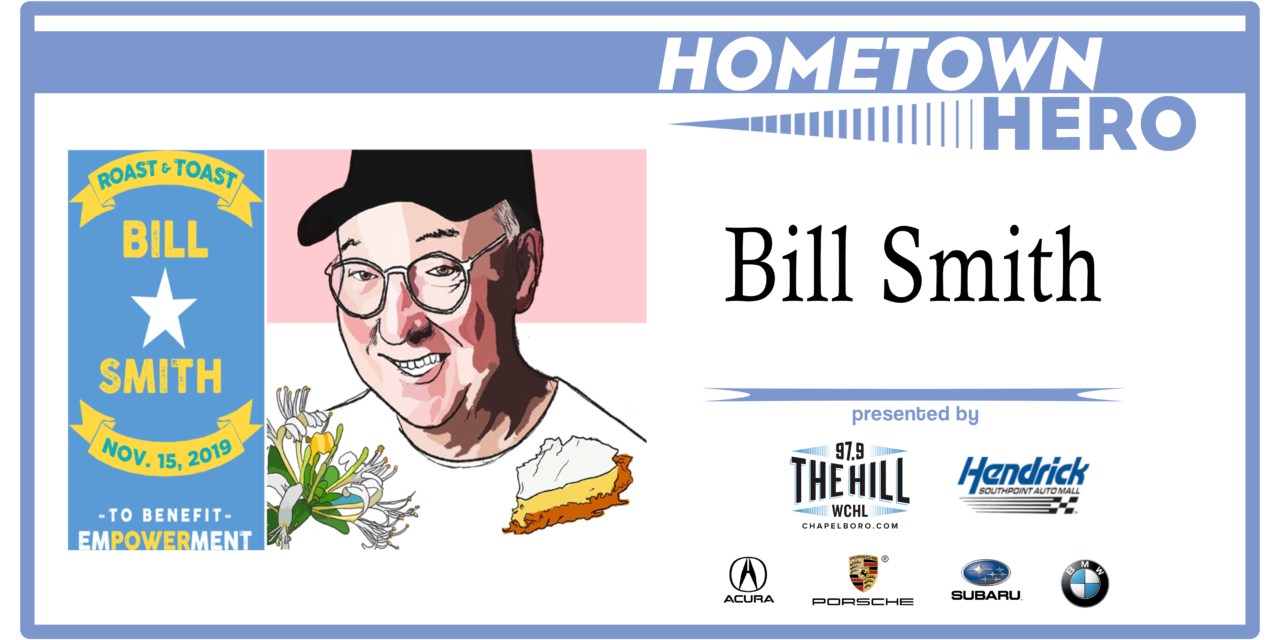 Smith helped put Crook’s Corner on the map with his culinary skills and 2005 cookbook, “Seasoned in the South: Recipes From Crook’s Corner and From Home.”

On November 15, EmPOWERment, Inc. is hosting a roast of Smith to benefit the non-profit.

Join us for an evening of roasting and toasting one of Chapel Hill’s best-known cooks, characters and raconteurs. Friends, fans and well-wishers will honor Bill with a night of laughter, stories and Southern food and drink. Bill Smith helped put Crook’s Corner on the map with his culinary skills and 2005 cookbook, Seasoned in the South: Recipes From Crook’s Corner and From Home. A nationally-recognized expert on Southern food, Bill’s famed and eclectic recipes include his Atlantic Beach Pie, both Red Hot and honeysuckle sorbets, soft-shell crab, and many other delightful ways to put some South in your mouth.

Bill isn’t just a leader in the kitchen. He’s a committed community advocate who supports affordable housing and economic development in downtown neighborhoods. Bill spearheaded efforts to help Crooks’ Latin American staff gain the legal documentation necessary to live safely and without fear of deportation. Bill also managed to get arrested during one of North Carolina’s Moral Monday protests, proving he represents the best traditions of both Southern hospitality and community fellowship. For his talents and efforts he is arguably our state’s most beloved chef.