Every Day is Fried Chicken Day if You Believe 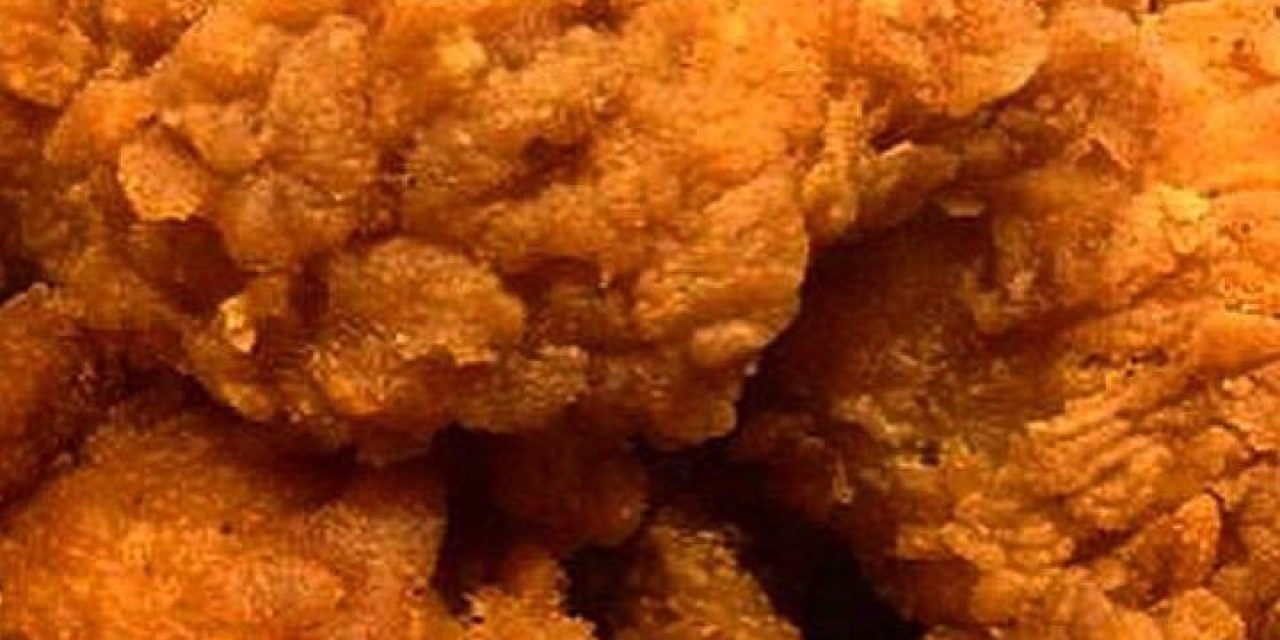 In the calendar of obscure national “holidays,” none should be as important to us good and God-fearing Southern folk than that which falls on today, July 6. Yes, friend and neighbors, it’s that time of year once more. Time to bust out the fine china and cloth napkins, because National Fried Chicken Day has come around again.

It’s unclear as to who or what exactly established July 6 as a day to celebrate the nation’s preferred way of consuming poultry, but they deserve a medal for finally recognizing the South’s fifth most important contribution to culture. We may not have exactly invented the holy trinity of chicken, bread and fat – that distinction may well go to Nathan Bailey and his book “Dictionarium Domesticum,” published in the early 1700s – but by God, we perfected it.

With this in mind, let’s talk about some of the best places to snag the fried chicken you’re too busy to make for yourself today. Too busy to make yourself without calling your mother, at least. Which, by the way, you should call your mother today. Maybe double up, call your grandma too. Just a thought. Might even be a good one.

First up to bat is an obvious choice: Chapel Hill’s own Time Out. Every college student’s favorite 24/7 chicken joint is a town tradition and Tar Heel rite of passage for good reason. They’ve been in business for decades – and the business of slinging chicken, gravy, butter and biscuits into waiting mouths at all hours of the night has been good.

If you’re too rich for Bojangles and too highfalutin’ for the likes of Time Out, then 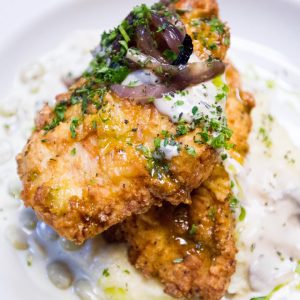 two upscale joints around here got you covered. Acme Food & Beverage Co. offers a subtle twist on the classic with its “Pecan Crusted Fried Chicken,” served with mashed potatoes and butter beans. The Pit, with locations in Durham and Raleigh, may specialize in barbeque, but by no means does that mean they slouch when it comes to chicken. You’ll find a slew of other classed-up Southern options on both menus, as well.

Also in Chapel Hill resides the restaurant variant of Mama Dip’s kitchen. Since 1976, Mildred Council and her family have been serving up traditional Southern fare to an ever-growing number of patrons. The restaurant was originally sold to Council by George Tate, the town’s first black real estate agent, and it’s been found on lists concerning essential Southern eateries ever since. It’s home food, the kind of meals you eat as a family, and all the tastes are just as familiar – and delicious – as you’d expect. 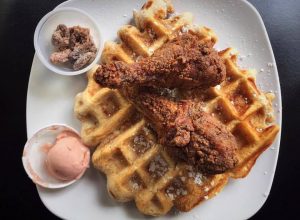 But then, at the end of the rainbow like a bucket of golden-brown drumsticks and thighs, is Dame’s. Dame’s Chicken and Waffles, the end-all-be-all of fried chicken joints in this neck of the woods. Steadfast Southerners in these parts may be averse to mixing sweet and savory, breakfast with dinner, but that’s just plain prejudice. Nobody, I repeat, nobody fries chicken like Dame’s. From cutlets to collards, Dame’s earns the long lines and reservations through sheer culinary excellence. Plenty breaded, but mostly meat. Moist and tender without being overly juicy. This isn’t all about Dame’s, but trust that gushing over food this good could go on for a while.

Southerners are often a proud lot, and our culture isn’t always understood (or represented) in the way most of us would prefer, but seeing countless people and companies try to imitate while never accurately replicating our culinary traditions tastes like sweet, sweet vindication. Southern cooking is a skill, a practiced art handed down through the generations. Southerners eat the way the world wishes it could eat. We create dishes and dine with one great and singular purpose in mind: pleasure. Southern food isn’t “comfort food” or “soul food” for no good reason, after all. It’s food meant to be enjoyed to the fullest extent, and everything good in this world has a cost. Here in the South, we pay that cost gladly for one more taste of home and hearth.