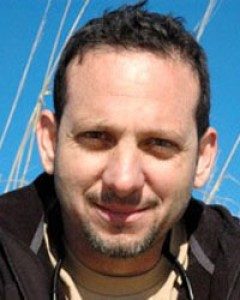 Dr. John Bruno is a marine ecologist and professor in the University of North Carolina at Chapel Hill’s department of biology. His work in the  Marine Ecology and Conservation lab at UNC is focused on marine biodiversity and macroecology — specifically coral reef ecology and conservation, and the impact of climate change on marine ecosystems.

“We spent about a year synthesizing all there is to know about how climate change is affecting the U S waters,” said Bruno. “Our key finding was that ecosystems are already being disrupted … oceans are becoming more acidic because they absorb about a third of the carbon dioxide released from fossil fuel burning. On the one hand that’s a great thing — because they’re kind of like a sponge, they pull it out of the atmosphere, so that reduces how much warming we’re seeing. The downside is that carbon dioxide interacts with seawater and a forms a weak acid and it makes the oceans a little bit more acidic each year – and that’s a problem for our sea animals that secrete external skeletons.”

According to Bruno, organisms such as crabs, oysters, mussels and corals are vulnerable to the effects of oceanic acidification.

“Temperature is probably the biggest driver of ecosystem disruption,” said Bruno. “So, in a lot of communities, habitat types, we’re losing the foundational species that kind of define and create the system. My specialty is coral reef ecology, and we’ve lost at least two thirds of the world’s reef building corals just since I’ve been here in Chapel Hill over the last 19-20 years — primarily due to warming temperatures that exceed what corals can tolerate at the end of the summer. And that leads to disease and the mass coral bleaching you’ve probably seen on the news.”

Dr. Bruno’s work puts him in close cooperation with the National Oceanic and Atmospheric Association, also known as NOAA.

“NOAA is instrumental in monitoring the state of our fisheries in North Carolina,” said Bruno. “Our oysters, our scallops, our shrimp fisheries. They work with state agencies to set catch limits to make sure that our fisheries are sustainable over the long term and also to maximize the productivity, including the economic productivity for coastal communities and for fishers.”

That cooperation between scientific organizations, state agencies and commercial enterprises is crucial to maintaining life as we know it. Without observation and adjustment, the delicate balance of our oceanic ecosystem is at risk.

“When I was growing up in South Florida, you could snorkel over there reefs in the Florida Keys and it was just like gliding over Kansas wheat field,” said Bruno. “About 70 to 80 percent of the sea floor was covered by living coral and now it’s down to [about] three or four percent. The corals are still there, but they’re really patchy and small and that’s a problem for a number of reasons. Without the corals, there’s many fewer fishes — and if you’re a fishermen, whether commercial or recreational, that’s obviously problematic.”