Flavor of the Week: Market and Moss 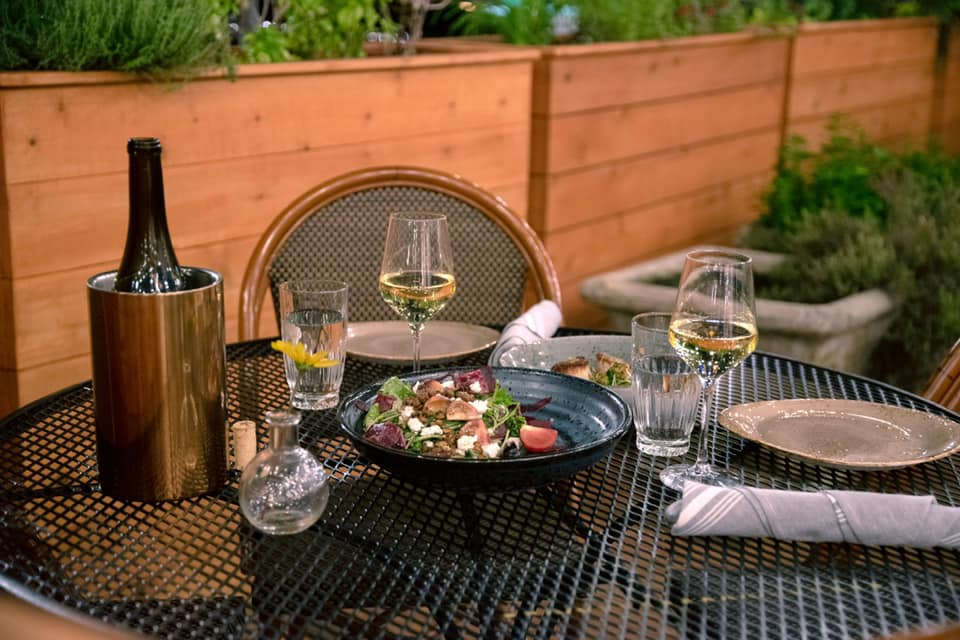 Annie Johnston’s first job was as a server at Pazzo in Southern Village when she was in high school.

Fifteen years later, Johnston has come a long way – she just celebrated the grand opening of her own restaurant, Market and Moss, in Pazzo’s former space.

Market and Moss, located in Southern Village at 700 Market St. in Chapel Hill, is described by Johnston as “seasonal, new and American.” The restaurant opened officially in October.

“We want stuff that is approachable but always offers some pleasant surprise when someone eats it,” Johnston said. “I thought Chapel Hill could use some new energy in the restaurant sector.”

One of Johnston’s favorite seasonal dishes is the grilled plum and burrata with white balsamic honey small plate. Originally, the plate was peach and burrata because Market and Moss was going to open in the summer, but since the restaurant uses ingredients that are sourced from local farmers and producers, Johnston switched to plums.

But for one of Johnston’s favorite small plates – the octopus with salsa verde, gremolata, pickled fresnos, charred lemon oil and smoked maldon – the octopus is sourced from Spain or Portugal because that’s the best place to get it.

Johnston said the tender octopus with the bright flavors of the salsa verde, gremolata and pickled fresnos is the perfect example of how Market and Moss’s menu is influenced by flavors all over the world.

“We want to offer new textures, flavors and techniques,” Johnston said. “We want to have dishes that are seasonal, fresh-tasting and leave guests feeling good and wanting to come back the next day.”

Johnston met Market and Moss’s executive chef, Bryan Keller, through one of her best friends. In their first conversation, she knew he was the right fit as a co-worker and as a chef. Keller is from New York and has worked as an executive chef in Tulum, Mexico, among other places.

“For us, what ties everything on the menu together is that all of it is very vibrant,” Johnston said. “Every time we taste something that goes up for the menu, we ask, ‘Is it bright? Is this a lot of flavor?’ If it’s run of the mill, we don’t want to do that.”

“I want really vibrant, fresh cuisine that doesn’t weigh you down,” Johnston said.

Johnston also owns La Vita Dolce, which is two doors down from Market and Moss in Southern Village. She bought the cafe in 2015 and said she loved growing a business that was also helping to build a better community.

“I grew up outside of Southern Village so I watched them develop this community that I love,” Johnston said. “This community is very connected and I wanted that atmosphere and environment for the cafe and the restaurant.”

After four years, she began to think about opening a new restaurant with a more positive and supportive culture, something she said is unfortunately not common in the industry.

Late last year, Johnston’s former employer at Pazzo found out she was looking to open a restaurant and told her he wanted to sell its assets to someone who could use them to start their own business. There was no question Johnston wanted to take the space.

“Everyone here is so excited about having guests at Market and Moss for a full experience,” Johnston said. “It has been in development for a long time so we’ve had the chance to build a good culture that translates into true hospitality.”

Market and Moss is now open for patio dining and takeout. Johnston said staff are masked for their whole shift, hand sanitizer is available on the table, all silverware is washed and immediately wrapped and the restaurant is using paper check holders.

Photo via Market and Moss.