Right as Rain: Put the Plan into Action 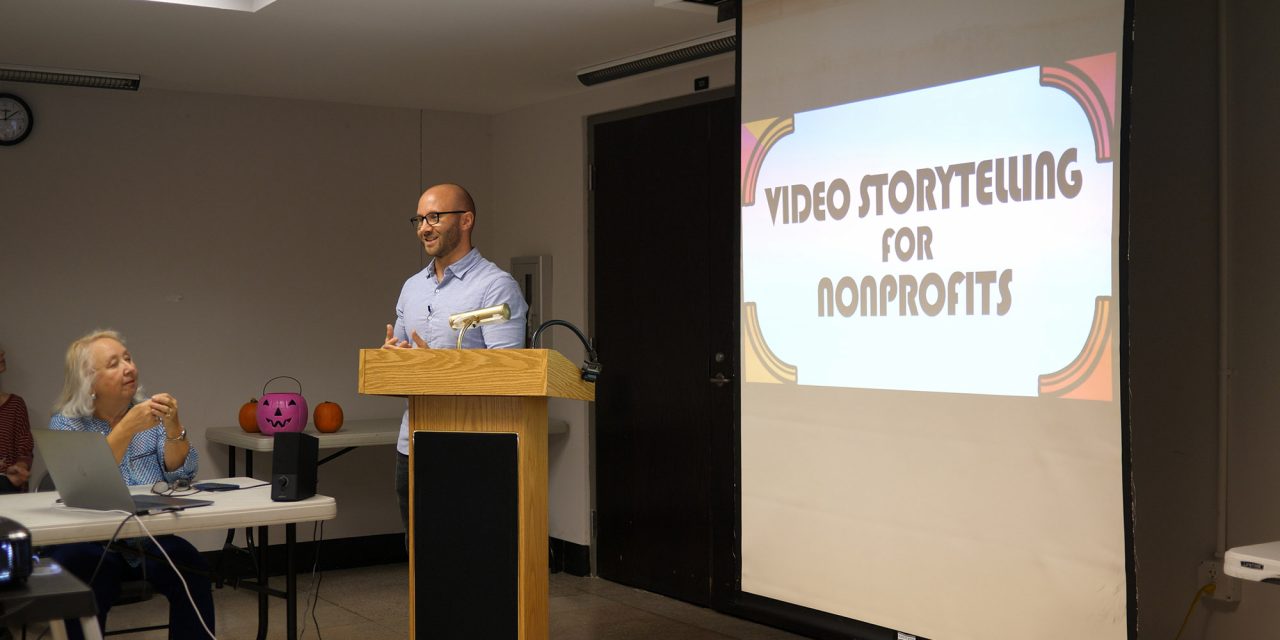 At the beginning of last year, I set a goal to book at least two more public speaking engagements.

I started a business helping non-profits and purpose-driven companies create deeper impact on their communities through video storytelling.

Though I can speak on a variety of topics, this was where I was taking my career — so I was hoping to book a speech or workshop at a conference in this field.

Last week, with just a month to go in 2018, I booked my second workshop.

It was at a conference I really wanted to land. I immediately called my mom, my girlfriend and high-fived my associate producer, Audrey. It was an incredibly fulfilling way to end the year, especially with all the other business we had been acquiring recently. I felt like I was starting to achieve what I set out to do and there isn’t much that thrills me more.

It was 100 percent the result of a specific and strategic five-step plan that I established — and it worked like a charm.

Since I was more tuned into the world of nonprofits, the algorithms of my social media feeds responded by showing me more events and literature about that topic. Last spring, I saw an ad for the Create Good Conference, a two-day event for nonprofit communicators that was one mile from my house at the Durham Arts Council!

It couldn’t have been more perfect for my new career path. I bought tickets immediately.

My plan was to go and learn as much as I could, meet as many people as I could (many of whom could be potential clients), and study the speakers’ performances.

I didn’t meet as many people as I wanted, because I’m still naturally introverted and shy, but I followed everyone I could on social media and started connecting with them there by posting pics and videos of my experience that weekend.

I didn’t come home with any new clients, but I took the first step.

My next goal was to continue to build a relationship with the folks at the conference and go over all my notes from the speakers. But I knew I wanted to speak there in the future.

I stayed in touch with the creators of the conference, Dawn and her husband Brian, by signing up for their newsletters. Their company, BC/DC Ideas, held other workshops and webinars throughout the year and I was in the zone of soaking up as much information about this world as I could.

My next goal was to attend any other smaller events they held, learn more and continue to build those relationships to get to the main goal.

When we got an email from them about potential topics for their October Luncheon (they do a monthly lunch/workshop session with different presenters), I piped up and told Dawn what I was doing with nonprofits and asked if she thought her audience would benefit from a video storytelling workshop.

My next goal was nail that workshop, meet new people that I could help and impact, and do a good enough job to prove that I could handle the conference in the future. To make sure we had a packed room, I also promoted the event on my own social media channels. 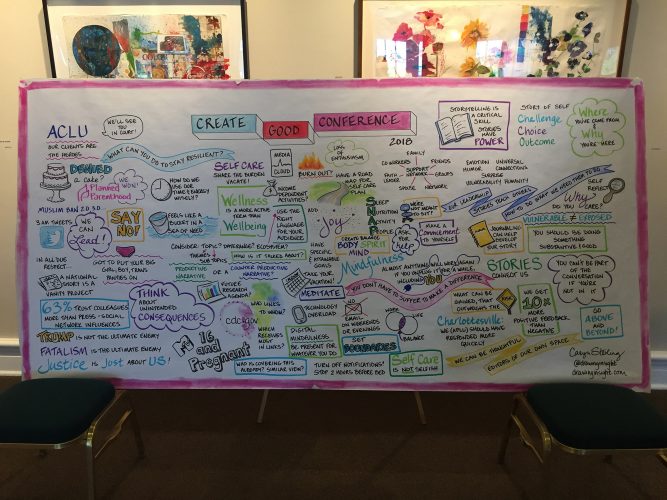 It sold out in a week. Dawn said they usually had around 12 people, and we had 30.

I prepared a 90-minute presentation that covered an incredible amount of information, but I left room for there to be a back-and-forth with the audience. I knew I wanted it to be interactive.

My mom happened to be visiting that week, so I invited her as a “ringer.” Whenever things threatened to get stale, as can happen with a group of nonprofit communicators, Mom and I would talk about how I used to write crazy stories as a kid and we’d get the crowd to loosen up quickly.

I over delivered. I left them with my PDF of “52 Storytelling Tips” and I even brought them all Halloween candy.

As we were leaving, I sincerely thanked Dawn for the opportunity and she casually said, “Yeah, we should have you at the conference next year; that’d be good.” I casually responded back, “Oh yeah, that could be cool!” But inside I was freaking out.

My next goal was to LOCK IT DOWN.

Dawn reached out last week with the official email asking if I was interested in speaking at the 2019 Create Good Conference.

I responded “Hell yes! I’ll be speaking at the Create Good Conference.”

For the past few years of trying to take control of my life and achieve my goals, I’ve operated on the principle of the Three P’s: Passion, Persistence, and Patience.

Nothing will happen if you don’t have a driving passion and desire to achieve. I was born with that, luckily. But that passion can’t do anything unless you are relentless and anyone who has achieved anything shares one common secret to success: they didn’t give up. I am innately tenacious, so this hasn’t been a problem for me, either. The hardest part has been reeling in my expectations and understanding that great things, and big changes, take time. Patience is a virtue and it is one I am still fighting to learn, though I am doing much better.

But none of those will get us where we want to go if we don’t have a plan. 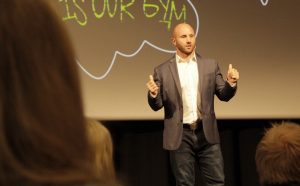