Chatham’s Election Season Draws To a Close, but Misinformation Persists 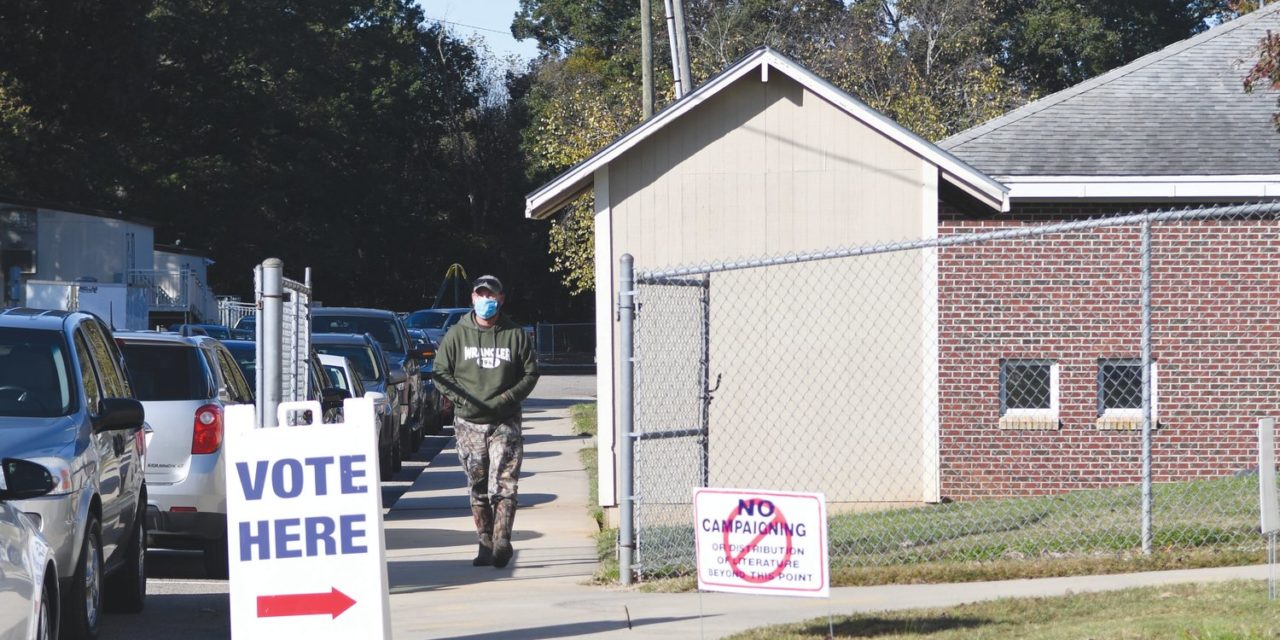 After a long, tumultuous election season, Chatham County’s Board of Elections has completed the brunt of its work, but rampant misinformation ­— mostly disseminated and shared on social media and online — still has many voters at arms over election results.

Misinformation is not just a local problem. Nationwide, dissatisfied members of the electorate have promoted theories, without evidence, of voter suppression and elections tampering. Even President Donald Trump has cast the integrity of election processes into disrepute citing unfounded allegations of misconduct.

In Chatham, the same arguments have gained traction in some circles.

“My understanding is that there were a good number of GOP ballets rejected especially in Siler City, please check to see if you vote was counted (sic),” one Chatham resident posted on Facebook.

Such claims are derived from misunderstandings of how elections operate.

“We didn’t have any ballots thrown out,” said Pandora Paschal, the director of Chatham’s Board of Elections. “… We did deduct one because of somebody being deceased.”

A second vote was also deducted after a voter submitted two absentee-by-mail ballots thinking the first would not count.

Even in the tightest of Chatham County’s elections — the Dist. 5 board of commissioners race between incumbent Andy Wilkie, a Republican, and challenger Franklin Gomez Flores, a Democrat who ran unaffiliated — the margin of difference was several hundred votes. Flores has all but officially won the contest now (the vote will be certified by the state on Nov. 24), having maintained a 305-vote lead after canvass. While the results are unlikely to change, Chatham elections officials announced late Tuesday they would hold a recount in the Dist. 5 race, as well as the N.C. Supreme Court Chief Justice race, beginning at 8 a.m. on Thursday. Nov. 19.

Another frequent contention, according to Paschal — oft cited to imply some kind of voter suppression — is that individuals could check online if their early vote had been counted, but not if their Election Day ballot was added to the total.

“I think when people went to the polling place and put their ballot in the machine, I don’t know if they just didn’t understand that their ballot counted right then,” she said. “When they put it in there, the ballot automatically counted then. Your vote was tabulated.”

Conversely, the online tracker was designed to assure early voters that their ballots, which were not immediately tabulated, had reached their destination and had been added to the count.

“With everything we do,” Paschal said, “we try to be real transparent about it. And if anybody has any questions, we’re glad to answer them or to even show them what we do, within the legal limits. And I think what people should do — and this is the key piece — don’t go on what you hear; go to the source. Come to the source.”

To stymie the spread of elections misinformation, N.C.’s state board of elections released the following facts about post-election vote-counting processes across the state. These steps are required by law, and they always have been.

“I’ve been doing this for 17 years,” Paschal said, “and these processes have been in place as long as I’ve been here. We have not changed. They’ve always been the same.”

The post-election “canvass” process occurs after every election. Canvass is the entire process of ensuring votes have been counted correctly and required audits have been completed, culminating in the certification of results during meetings of every county board of elections. By law, these meetings will be held at 11 a.m. Friday, Nov. 13. Also pursuant to state law, the State Board of Elections will meet at 11 a.m. Nov. 24 to finalize the results. N.C.G.S. § 163-182.5.

In 2020, county boards of elections must count absentee by-mail ballots postmarked on or before Election Day that arrive in the mail by 5 p.m. Nov. 12. Ballots from military and overseas voters received by 5 p.m. Nov. 12 will also be counted, as required by state law. N.C.G.S. § 163-258.12. During the post-election period, county boards also conduct research to determine whether to wholly or partially count provisional ballots. All eligible provisional ballots are counted during the canvass process. N.C.G.S. § 163-182.2. The post-election period ensures that the ballots of eligible voters will be counted as long as they meet statutory deadlines and comply with all other laws. This allows more eligible voters to lawfully exercise their right to vote.

After each election, the state board randomly selects two precincts in each county, where paper ballots must be counted by hand for the highest contest on the ballot — the presidential race in 2020 — and compared with the tabulated results. Called the “sample hand-to-eye count,” this audit recounts the ballots in the random precincts to ensure reliability of machine-tabulated results. Bipartisan teams at county boards of elections have been conducting these audits during the past week. The state board conducts additional audits to verify the accuracy of the count. The results of all audits will be submitted to the board as part of the final certification of the election. For more information, see the state board’s Post-Election Procedures and Audits webpage.

Many North Carolinians have contacted elections officials to ask why certain contests have been “called” for a particular candidate, while others have not. The state and county boards of elections have never — and will never — “call” or project a race for any candidate. Projections are made by media and/or candidates using unofficial results, typically based on the vote difference and the number of votes yet to be counted in a contest. In some cases, including the North Carolina governor’s race and North Carolina U.S. Senate race, the trailing candidates “conceded” when they realized they could not make up the vote differential with the ballots still uncounted. The state board will certify final results on Nov. 24. After that, the boards of elections will issue certificates of election to the prevailing candidates. N.C.G.S. § 163-182.15.